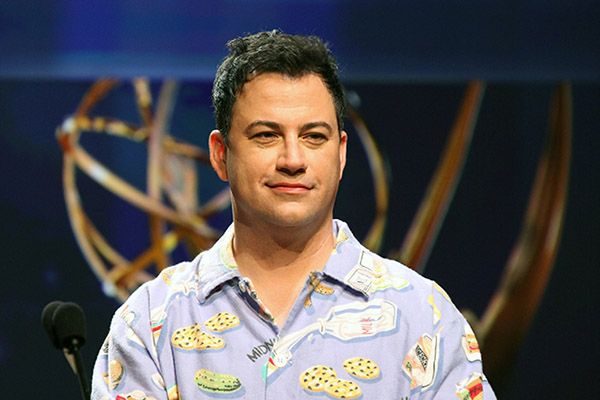 Late night — as David Letterman, Conan O’Brien’s agent, and not Chevy Chase could tell you — is a long game. More than any other time slot, the witching hour is a place where relationships are forged gradually. After all, you’re not going to let just any white man in a suit see you in those jammies! The only successful changes in the late-night landscape have occurred glacially: Leno slowly oozing his way into Johnny’s chair, for example, or Jon Stewart’s long metamorphosis from niche programming to mainstream mainstay. After NBC’s great Tonight Show debacle of 2010 — a host handoff that was five years in the making and six months in the undoing — things have been relatively quiet on the after-hours battlefield, with the established hosts seemingly content to divvy up slices of an increasingly shrinking viewership pie.

Until today, that is. Earlier this afternoon, ABC launched the first salvo in the next war for late night, officially announcing a move of the surging Jimmy Kimmel Live! (up 14 percent in the just-ended July sweeps) to 11:35 p.m., where it will play Turok to the aging, but still dominant, dinosaurs Letterman and Leno. (Nightline, ABC’s venerated bit of counterprogramming, will be switched to 12:35 a.m., where it can siphon off insomniac newshounds uninterested in Neil Young impressions.) It’s a big vote of confidence in Kimmel — whose decade on the air is but a hiccup in host years — but a bigger bet on the coming seismic shift in the time slot. Letterman is signed through 2014, and rumors about his retirement continue to advance in direct opposition to his hairline, while Leno — who most likely will have to be driven off the Tonight Show in one of his collectible steampunk hearses — recently was forced to lay off staff and take a pay cut to please his new, bottom-line-worshipping masters at Comcast. Elevating Kimmel now is a smart play by ABC to establish their guy as the guy once the other guys gracefully (or, most likely, ungracefully) leave the soundstage. It also carries the potential peril of placing the young-skewing Kimmel directly in the firing line of the even younger-skewing Conan — still valiantly string-dancing away on TBS — and the edgy eggheads on Comedy Central.

The move will be made official on January 8, giving Kimmel plenty of time to acclimate to the apparently very real differences between 11:35 and a half hour later. (Recent high-profile gigs hosting the White House Correspondents’ Dinner and next month’s Emmys no doubt helped convince ABC that their star was ready for a bigger tent.) The real action is likely to begin a year later. CBS, a network known for its steadiness, currently has no succession plan laid out; the likable Craig Ferguson could be promoted, or network boss Les Moonves, not known for his risk-taking in prime time, could decide to gamble big by trying to woo the ambitious Stephen Colbert away from Comedy Central, most likely without the self-made shackles of his right-wing character. As for NBC, its brand remains chaos. Jimmy Fallon, with his sketch background and his Twittery musical digressions, has established himself as the most original and entertaining voice in the chat-show racket, but it’s a young voice that hasn’t yet had time to deepen. It seems inevitable that he’ll be handed the keys to the Carson castle, but will he be ready? And will NBC really pass up a chance to give Bill Carter another fat book contract by doing the logical thing? (It’s hard not to picture the executive suite at Universal like the high-stakes poker room at the Trump Taj Mahal just before the sun comes up. Sure, you could fold now and walk away with the sure thing. But there’s that nagging voice whispering about how great Whitney Cummings would look behind the desk …) It may be hard to believe, but it’s even harder to ignore: The steadiest presence in late night is now the same guy who’s fucking Ben Affleck.