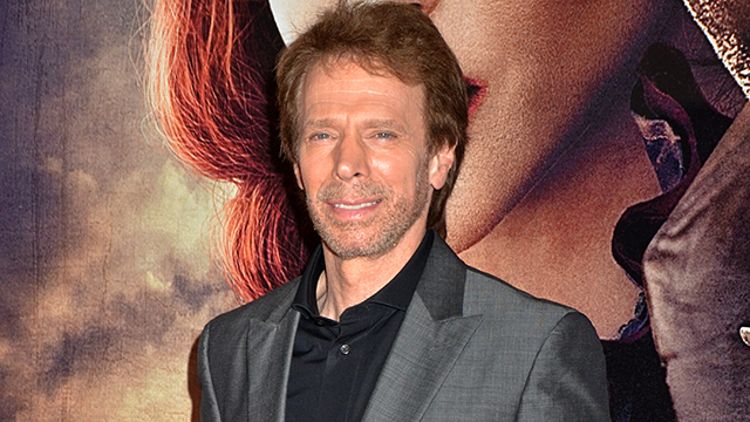 Yesterday, the once unimaginable happened to He Who Bestrides Hollywood like an open-collared Colossus. Mega-producer Jerry Bruckheimer lost his mega-rich deal with Disney. (Grantland and ESPN are both owned by Disney.) To which we can only say: Oh Bruckie-mandias! Look on Lone Ranger, ye mighty, and despair!

This news wasn’t exactly unexpected, considering Bruckheimer’s latest bid for box-office domination, The Lone Ranger, ended up as a $250 million black eye for Disney. And Disney is now run by Alan Horn, who, having green-lit the Harry Potter franchise at Warner Bros., kind of has high standards when it comes to these mega-blockbuster franchise things. And Disney now has both the comics juggernaut Marvel Studios and the Star Wars sequels by fanboy/deity J.J. Abrams to spew money like a Federal Reserve printing press … so Hollywood had been abuzz for quite some time with rumors that Bruckheimer’s legendary producer deal would soon be over. Still, this is Jerry Bruckheimer we’re talking about. Let’s just rattle off some of his more notable movies and you tally up how much money you personally have given The Bruck: Flashdance, Beverly Hills Cop (all two of them), Bad Boys (both of them), The Rock, Con Air, Armageddon, Pirates of the Caribbean (way too many of them). And don’t lie: You know you’ll buy Coyote Ugly when the last Blockbuster within 10 miles of you shuts down. Now multiply that number by the population of …

Screw the math: We’re talking tens of billions of dollars here.* Normally, producers tally their box-office receipts and use it as their smartphone sign-off. The Bruck doesn’t bother. He just guesstimates while lighting a cigar with the flames of an exploding Bugatti. So, when everyone working in Hollywood hyperventilates that this is the end of an era, it really is. Bruckheimer defined the hard-charging ’80s producer who just got filthy richer in the ’90s thanks to Will Smith, Nicolas Cage, and Tom Cruise before achieving escape velocity thanks to Johnny Depp and the Pirates movies. His piles of money generate their own gravitational pull, and his Santa Monica offices officially qualify as a “lair.” The Dos Equis guy takes out his trash.

We should probably calm down: There’s plenty of Pirates and National Treasure business left between Bruckheimer and Disney, probably worth another cool billion. And Bruckheimer will find another deal once he’s decided which other studio chief has properly prostrated themselves at his feet. But still, Bruckheimer’s had a comparatively rough time with Prince of Persia and The Sorcerer’s Apprentice. Maybe this means The Bruck will shift gears creatively and invest himself in the quiet, introspective films he’s always secretly longed to do. By which I mean Pain & Gain 2.

*If you really must know, Bruckheimer and Disney have produced 27 movies over a deal that exceeds two decades. Totaling Bruckheimer’s grosses is kind of like counting crowds at a protest rally on the National Mall. Box Office Mojo says $10.6 billion; Wikipedia says $13 billion. Give or take a billion.