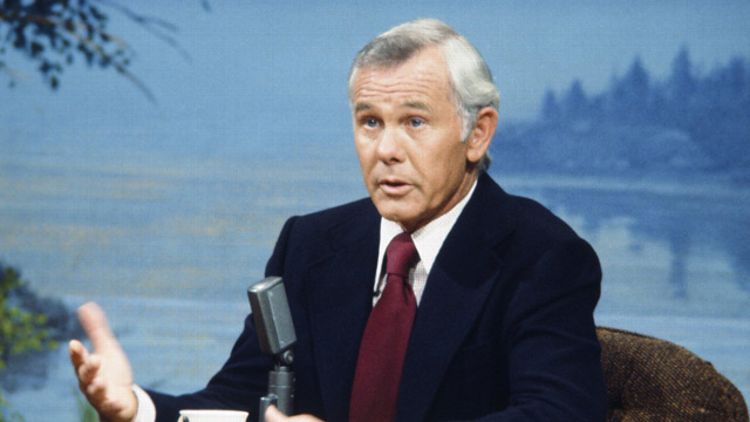 NBC has announced a Johnny Carson biopic miniseries, one of those “Oy, what a bad idea”s that could prove immensely entertaining. Carson was the most enigmatic of all mass-popular TV stars, a man who spent thousands of nights in Americans’ living rooms and bedrooms without revealing anything about himself that he didn’t want you to know. A control freak with a side of Midwestern modesty, a kid who practiced magic until he was able to turn tricks with multiple wives and guest stars, the man who essentially gave birth to David Letterman and shut down Joan Rivers until she called the fashion police — this production has all the elements of a TV epic. It could become the Roots of white American showbiz … or, if not cast properly, the Million Second Quiz of made-for-TV movies. Oh, and could Vince Gilligan write the whole thing, please? As for casting, I am here to help, without regard for budget or availability. Here we go.

Johnny Carson in His Prime

Kevin Spacey’s time-tested impression would make him an obvious shoo-in, so let’s leave him in his House of Cards and give it to John Slattery. Sure, superficially, his silver-fox looks may make him seem obvious, too, but Slattery’s proven he can dig deep. He’s got what it takes to pull off Carson’s suave detachment and his self-conscious double takes, and he’ll unearth Johnny’s deeply buried insecurity. (And if Slattery passes, default.)

Dane DeHaan has got the lean, hungry Johnny look, circa Carson’s wise-guy Who Do You Trust? game-show days.

If Bob Odenkirk wasn’t booked for Better Call Saul, I’d enlist his bluff, hearty, witty insincerity to make with the “Heeeeere’s Johnny!”s and the “Hi-O!”s. As it is, I think Stephen Root is physically right and could pull it off nicely.

The spacey bandleader/trumpeter, a past master of stoned agreeableness, is right up James Franco’s alley.

He helped Johnny punctuate his yuks with snapping snare riffs. Let’s do some stunt-casting and go with the best: Questlove. One of Johnny’s favorite guests and substitute hosts until she told him she was going to Fox to host a competing show and he cut her dead. Zosia Mamet ought to be able to capture her shrewd, neurotic nasality. Louis C.K. writes, directs, edits, emotes, and he’s got the right morose demeanor. Let’s see him put on a sack suit and a skinny tie and machine-gun out the one-liners that always slayed Johnny. Carson’s long-running producer was tougher than Rip Torn’s Artie on The Larry Sanders Show. Put a pair of heavy black horn-rims on Chris Noth and let him do de Cordova’s rumbling mumble. She turned her guest spots into outrageous flirtations; a blonde Carla Gugino will be perfect. The “cuchi cuchi” girl needs some of that Smash wiggle, in the form of Megan Hilty. A C-level actor-singer who entered showbiz history from a single Tonight Show appearance: He threw a hatchet into the crotch of a target, eliciting what Carson said was the Tonight Show’s longest laugh. I’d like to see Cillian Murphy do the squirmy guffawing that resulted.

Ken Tucker is a critic for National Public Radio. He has written about pop culture for, like, years.