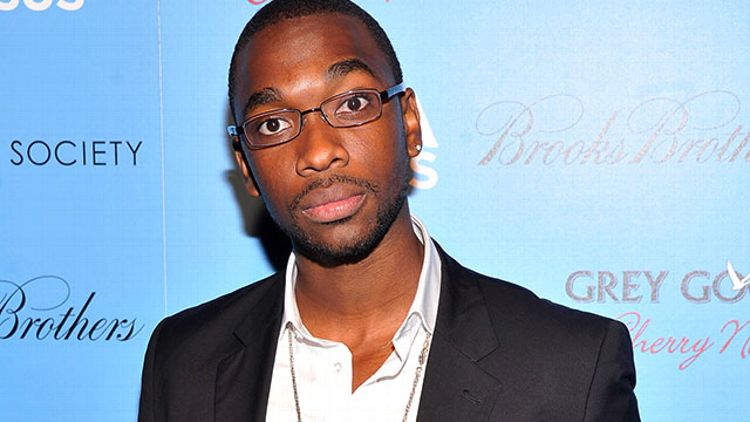 Saturday Night Live is a storied franchise that has found ways to cultivate stars until they’re ready to be released into the wild, while continually finding the next generation of comedians to keep the show relevant. But many feel that the show refuses to be truly progressive because of the racial homogeneity of its cast.

Last week, as the 39th season began, some were taken aback by the introduction of the six new featured players, because all of them are white.

When asked about this, Jay Pharoah, a black cast member too often used to impersonate the people Kenan Thompson (and, until recently, Fred Armisen) cannot, told The Grio about his feelings on SNL’s hiring practices and the show’s blatant lack of diversity, referencing the star of Tyler Perry’s Love Thy Neighbor:

They need to pay attention. Her name is Darmirra Brunson … Why do I think she should be on the show? Because she’s black first of all, and she’s really talented. She’s amazing. She needs to be on SNL. I said it. And I believe they need to follow up with it like they said they were going to do last year …

It’s one of those things that’s hard. Some people choke up. Some people burn their bridges by saying things they shouldn’t say either. You just have to be very political about your delivery, what you say, and your performance. You’ve got to be on point. Everybody has to like you and want you to win. If they don’t like you, it’s a wrap.

It’s a strong, important statement filled with truths by someone who could be putting his SNL tenure on the line by making such comments publicly.

But it also sucks. Look again at a smaller portion of his statement:

Why do I think she should be on the show? Because she’s black first of all, and she’s really talented.

It’s clearly how he feels, so who’s to say he should have said it any differently? But with that hierarchical reasoning, it almost suggests that all of SNL’s future black (or minority in general) hires should be treated as if their existences have asterisks.

Most people don’t want to be a diversity hire, brought in to fill a quota rather than because of their talents. But sometimes, even if we don’t like it, we know we are.

You can’t control why someone picked you. As much as I’d like to think I got into my alma mater purely on grades, essays, SAT scores, and recommendations, I’ll never really know.

What I do know is that it didn’t hurt that I was black and a good student. And the only thing I could control was leaving that environment unequivocally not as quota filler, but as an irreplaceable spoke in the wheel.

That’s what I see in the relationship between SNL and its minority cast members over the years. They’re all funny and worthy coming in, but the underlying sentiment has often been “We need someone to play a few famous black people. Which famous black people can you play?” And the end result has been a Finesse Mitchell for every Eddie Murphy and a Dean Edwards for every Tim Meadows. Some were treated as funny comedians who were black and others as black people who were comedians.

While Pharoah publicly making a stance for a fellow black comedian is important in bringing attention to SNL’s greatest flaw — not doing a thorough scan of the comedic landscape and instead drawing from the same talent pool — it also might hurt the perception of the next minority brought in.

And that’s quite true for the next black woman whom SNL hires.

And that’s especially true if that next black woman is Darmirra Brunson.

But with all that said, is it better than nothing? It’s unfortunate that’s the question we’re asking, but the answer is yes. Absolutely. Every aspect of SNL will improve with a black woman in the cast and not just so there’s someone to dress up as Nicki Minaj, Michelle Obama, and Serena Williams. Things — organizations, websites, sketch comedy shows — improve when black women are around and have a voice. I promise. And while the narrative can often feel like a minority hire is getting a handout, the entity that gains the most by finding that perfect black employee, or writer, or cast mate is not the hire. It’s a place like Saturday Night Live.