Jason Sudeikis Is in Talks to Be the New Fletch 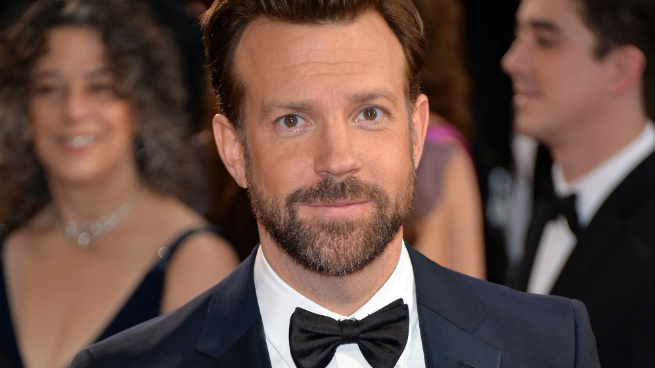 Technically, Jason Sudeikis has already had his non-SNL big-screen breakthrough. First there was the surprise success of 2011’s Horrible Bosses, which cracked $200 million (and is getting a sequel, out in the fall); then there was the even more surprising success of last summer’s We’re the Millers, which somehow managed nearly $270 million worldwide. But there is a sense that he’s been working up to a proper go-for-broke leading-man do-it-all role, one that may yet catapult him into an upper echelon of Hollywood funny men — or sink him forever into the morass of “moderate-to-high-prosperity-having post-SNLers.” Well, here he goes. As THR reports, our dude Jason will take over for Chevy Chase in the long-gestating Fletch reboot.

In 1985, Chase hit it big with Fletch, an adaptation of author Gregory McDonald’s trouble-stirring investigative reporter character; four years later, Chase ran it back with Fletch Lives. And, for a while now, Warner Bros. has been trying to resuscitate the franchise. The target’s a take on the eighth book in McDonald’s series, Fletch Won, which happens to be a prequel, following Irwin M. Fletcher in his early newspapering days, as he lands both his first big scoop and his first dead body. That’s right: IT’S A MOTHAFUCKIN’ FLETCH ORIGIN STORY, YA’LL.

According to THR, the studio is looking to pull off a “gritty action comedy with heart,” like Beverly Hills Cop or Midnight Run; also, as anyone who has ever done a reboot of a franchise based on source material from another medium is basically legally mandated to say, it’ll be “more tonally in line with McDonald’s novels than the Chase movies.” Also of note: After a bunch of failed attempts, the script that got a green light from the studio came from David List, who reps the McDonald estate and has no other writing credits. But who knows this stuff better, I guess?

If you’re trying to figure out how Sudeikis’s trajectory lines up with his predecessor, here’s some pertinent information: Chase was 41 when Fletch dropped, and, nearly a decade removed from SNL, already a comedy star; Sudeikis is 38, but only a year away Studio 8H. For further comparisons, Will Ferrell was 35 when Old School came out, and Kristen Wiig was 37 for Bridesmaids. Meaning: Sudeikis does seem right in that sweet spot, where talented ex-SNL’ers can break out in a major way.

And one last thing — how will the cratering of the newspaper industry affect dogged reporter Fletch? Will he still be employed at the Los Angeles Times? Or has a scrappy new media entity snatched him up instead? All I’m saying, Jason, is if you need to shoot at the Grantland offices, I can make some calls.

The Movies of ’94: Watching ‘Four Weddings and a Funeral’ for the First Time

The ‘Bachelor’ Finale: What to Do When the Whole Damn Thing Comes Crashing Down