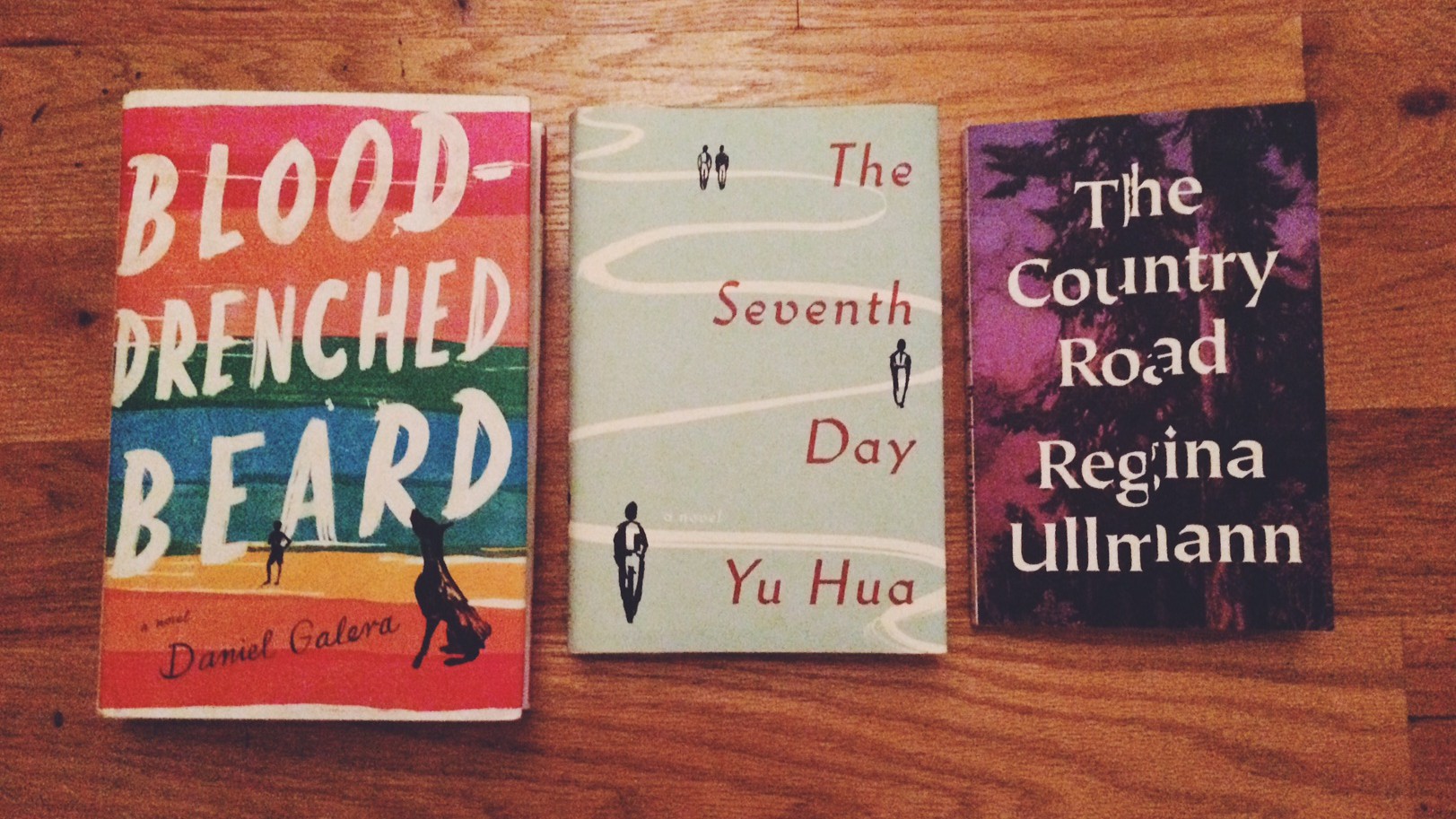 Though it operates mostly out of genre conventions, Blood-Drenched Beard is framed as a mystery. At the center of it, there’s a murder — the killing of the narrator’s grandfather. The one big wrinkle is that a body was never recovered.

Actually, there is a second wrinkle to the mystery: The unnamed protagonist has a rare neurological condition that makes him unable to recognize people, colloquially known as face blindness (think Oliver Sacks or that guy Lindsay Bluth hooks up with in the fourth season of Arrested Development). Daniel Galera, one of Brazil’s most accomplished young novelists, offers a clever twist on the naive-sleuth trope, and one that leads to a number of strange and often funny confrontations, especially with the large cast of eccentric characters he meets during his clumsy investigation. The narrator can’t even recognize his own face, a larger way of saying that he isn’t quite sure of who he is.

The notion of not being able to tell people apart also takes a more obvious form in the language of the book: Dialogue is never delineated with quotation marks, meaning that conversations and exposition run together. Sometimes it’s difficult to tell who’s talking, or if anyone is talking at all. The experience is a little jarring at first, but as a reader you become accustomed to it. In a way, Galera is cleverly mirroring his narrator’s confused identity through the text.

We don’t know much about the narrator, either. He’s a swimmer — a triathlete, actually — who has traveled from his hometown of Porto Alegre to the coastal town of Garopaba. His sudden interest in his grandfather’s death is spurred by his father’s surprising suicide. (In a way, it’s a form of grieving; understanding a murder is easier to bear than understanding a suicide.) Most of the novel takes place on the beach, colored by exotic and romantic descriptions of the environment and the vibrant people who live there. Still, a melancholy hangs in the air of Garopaba. “Everyone here is really nice,” says one local. “Did you know no one’s ever been killed here in Garopaba? Never? Lots of folks have died, of course, but there have never been any murders!” It almost sounds like the character is trying to convince himself that this is true. Herein lies the tragedy of paradise: The scenic beauty of a place masks any sense of reality.

As the protagonist gets closer and closer to solving the mystery, the locals of Garopaba become more and more adamant that he is “the spitting image” of his grandfather. Even after a major revelation late in the book, someone tells him, “I can see it in your face. You’re just like him.” Our protagonist can only reply, “So I’m told.”

If one thing translates well, it is apparently daddy issues. In Chinese author Yu Hua’s brief and plaintive novel The Seventh Day, 41-year-old Yang Fei is killed during a kitchen fire. He awakes in an afterlife, surrounded by other lost souls, and begins a search for his father.

Not entirely dissimilarly from Blood-Drenched Beard, The Seventh Day sometimes veers from forward momentum to explore its side characters. Hua’s work is a bit more politically charged, though, with specific encounters and conversations meant to bring up a different criticism of the Chinese government. These moments are hit-or-miss, but the ones that work are surprisingly moving. In particular, Yang Fei meets a woman called Mouse Girl, who committed suicide after her boyfriend gave her a knockoff iPhone. Speaking in broad metaphors, Hua presents a modernizing China that values such technology more than people.

Like Hua’s most famous novel, 2005’s Brothers, The Seventh Day is unafraid of showing its deep political roots. Hua’s message is clear: In China, not all lives are equal. As the country moves rapidly into the future, the positive effects help only the already wealthy and influential, leaving a huge population of people behind. In a way, those people are, like the ghosts that inhabit Hua’s novel, stuck in between worlds old and new.

In a perverse twist, though, it’s actually only after one has moved on to the land of the unburied that balance is restored. Mouse Girl puts it best: “Here, everyone finds equality in death.”

But the most moving of the newly translated lit out this month is actually the most unassuming. It’s The Country Road, which collects the short fiction of Regina Ullmann in a thin volume. Though it was originally published in 1921, its language feels timeless — rich and cavernous and haunted.

Women have historically been underrepresented in German literature (or Swiss-German, in this case), especially when it comes to works translated to English. The Country Road marks Ullmann’s Stateside debut. Her stories read like dark fables, exercising great control of tone and mood. Each takes place in a small, idyllic Swiss village in the 19th century. But a darkness surrounds Ullmann’s fiction — the ominous presence of the forest, its trees bending under the weight of ever-present snowfall.

The title story tensely details a young woman’s walk through the woods; she accepts a ride from a stranger on a wagon and finds a snake beneath her seat. “The Mouses” is a tense, psychological bend on noises one hears in the night. The book’s best story, “The Old Tavern,” meditates on mortality through an encounter with a stag. Here, nature is personified by its beauty and its cruelty. The same could be said of The Country Road.