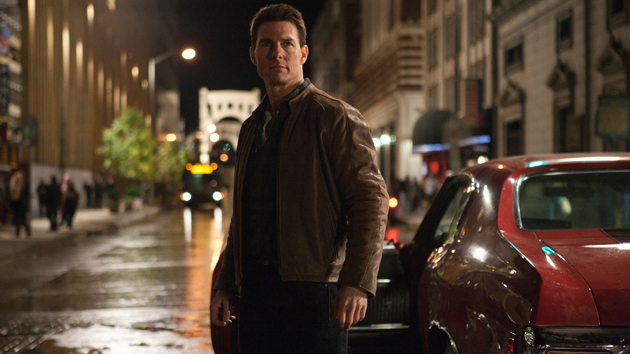 Jack Reacher was a Tom Cruise crime movie, released in December 2012. Two years later, it’s taken on a fascinating relevance to the year in film — an intriguing reminder of a maxim about Hollywood that we can forget and ignore, but never escape: Everything comes from somewhere. In 2014, a lot of it is coming from Jack Reacher.

A little background: Jack Reacher is based on a character from a series of books by Lee Child, about an enormous ex-Army Military Police Corps major who goes around investigating crimes and meting out justice. Cruise’s production company optioned the rights to the Reacher novel One Shot, and Cruise signed on to play Reacher. Cruise is not enormous; in fact, his 5-foot-7 height is such an industry parlor game that it inspires regular stories about the lengths to which he goes to disguise it. Fans were upset. Child soothed them by essentially saying, “Hey, he ain’t big, but he’s Tom Cruise.”

Jack Reacher was made for $60 million. It earned $80 million domestically, plus another $138 million worldwide. It was, and still is, pretty good. In fact, if you look at Jack Reacher as a superhero movie — if you recognize that Reacher’s powers are no less spectacular than, say, a medium-potency X-Man — then it seems even more distinguished. Superhero movies often trade in interchangeable, under-realized villains, but Jack Reacher has one of the best in years: a Serbian sociopath named the Zec played, wonderfully, by the legendary filmmaker Werner Herzog.

The plot is serpentine enough to be absorbing, but not so complicated that you can’t see each reveal ahead of time. The overarching theme — justice is the best, Jack Reacher administers justice, Jack Reacher is the best — never bogs down the story, nor do the causes for that story existing in the first place, which are, in retrospect, thin, at best. (At worst: filament-y.) The set pieces are distinguished, the combat admirable.

But what’s most surprising about an unpretentious, engaging superhero movie two years down the line is that it would somehow feature a significant chunk of the talent that shined through some of 2014’s highest-profile films. Let’s go name by name. 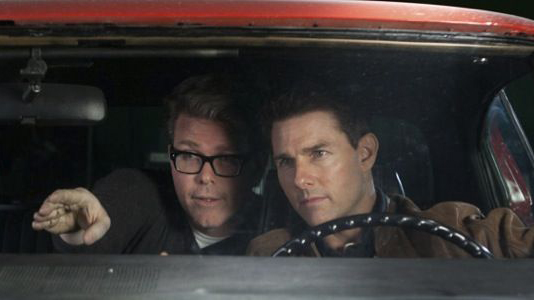 Christopher McQuarrie’s career is a classic Hollywood cautionary tale. Chris Ryan summed it up when he blurbed The Way of the Gun on Grantland a month back, but here’s the gist: McQuarrie wrote The Usual Suspects in 1995, and the Oscar-winning ingenuity of that script — Keyser Söze! — should’ve made him the new William Goldman. It didn’t. McQuarrie’s next movie (his first directorial effort) was The Way of the Gun, which came out in 2000 and, by way of its ultraviolence, insanity, and general disregard for appealing to a wide audience, dug graves for both itself, commercially, and its writer/director, professionally. By his own admission a holder of grudges, McQuarrie did the Hollywood equivalent of going underground, working as a script doctor and helping out his buddy on the inside, The Usual Suspects director Bryan Singer.

Jack Reacher was his first stint in the director’s chair since The Way of the Gun. In the film industry, 12-year sabbaticals don’t just end — they are ended, and McQuarrie’s was ended by Cruise, who worked with him on Valkyrie, which McQuarrie cowrote. Cruise has become McQuarrie’s patron, and this takes us back to the present day: Cruise, along with director Doug Liman, put McQuarrie on deck as the last in a long succession of writers adapting All You Need Is Kill, which would later become Edge of Tomorrow, which is now Live. Die. Repeat.

McQuarrie wrote what many would argue is the best action movie of the year. This wouldn’t have happened without Jack Reacher. His next film? Mission: Impossible 5, starring Tom Cruise. 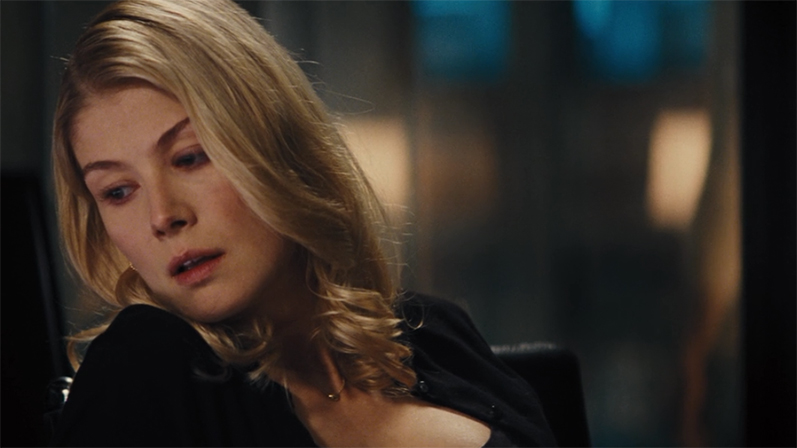 Rosamund Pike! Rosamund Pike. How many people had heard the name “Rosamund Pike” before Gone Girl? I hadn’t! But Pike plays a central role in Jack Reacher, starring as the attorney who (for no truly clear reason) defends the alleged perpetrator of the movie’s catalyst shooting. Pike, a Brit, had been working for years before Jack Reacher, including a Bond Girl unveiling in 2002’s Die Another Day. In Jack Reacher, though, she puts to good use the smoky, skeptical American accent that she’d turn into a surgical instrument in Gone Girl. Her performance opposite Cruise, which is intelligent and antic when the character could’ve easily been played as facile and soft, elevates the movie to another level. Watching Pike in Jack Reacher helps you appreciate her work in Gone Girl that much more, because in Jack Reacher she seems like a normal human. And watching Jack Reacher after having seen Gone Girl, you recognize that you’re seeing an actor who will soon (hopefully) be nominated for an Oscar. 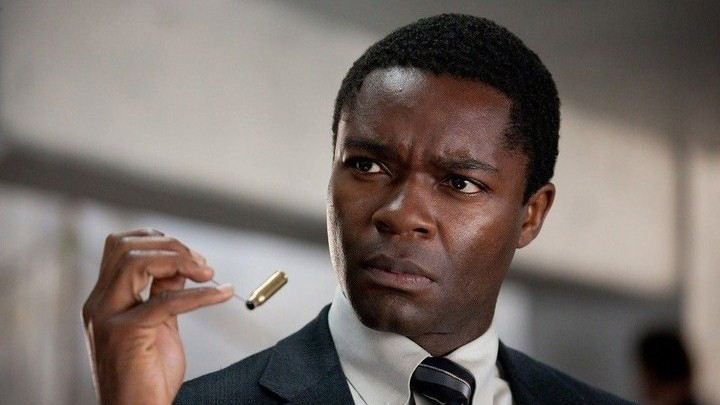 Sean Fennessey went in-depth on David Oyelowo’s rising star today. In Jack Reacher, Oyelowo plays the typical cop-antagonist for Reacher’s outside-the-lines hero. And though he played a soldier in the opening scene of Lincoln that same year, Oyelowo’s showy role in Jack Reacher ultimately proves interesting when you think about how he’s in basically every movie that’s coming out this fall. In Interstellar, Oyelowo plays a principal with questionable opinions on the moon landing and Matthew McConaughey’s predilections toward farming, and he’ll soon costar in A Most Violent Year and play Martin Luther King Jr. in Selma. 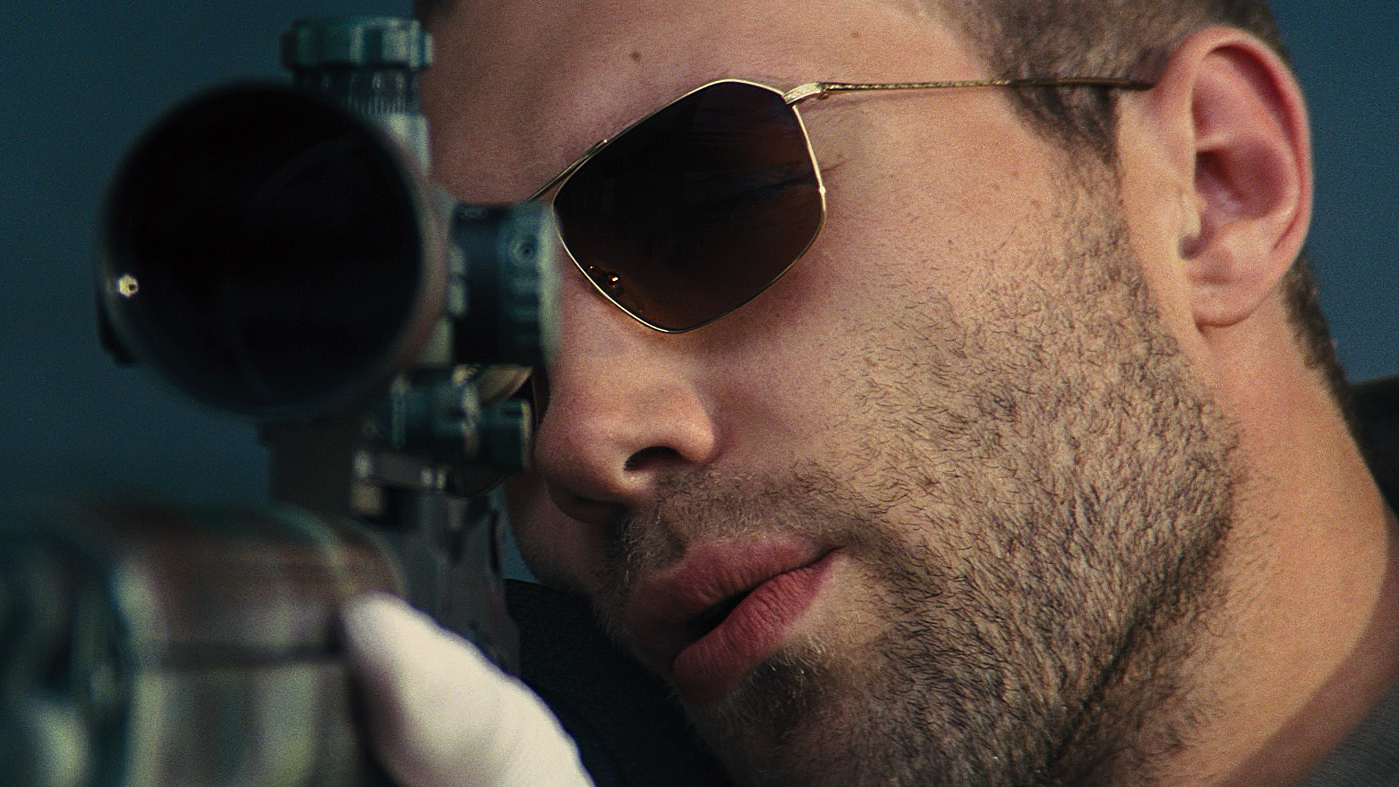 Jack Reacher was the first major film role for Jai Courtney, an actor who looks like he just walked out of the woods one day and went straight to the set of a $150 million action tentpole. Courtney’s in the Divergent series, playing Eric, which either means something to you or means as little to you as it does to me; either way, he’s in the Divergent series. But he’s covering both bases you need to cover in contemporary Hollywood by complementing his franchise work with a role in Unbroken, Angelina Jolie’s Oscar favorite. (He’s a two-way player. He’s a shortstop! I don’t know.) As if that weren’t enough, in 2015 Courtney’s going to be in the next Terminator movie, which, I just learned, is subtitled Genisys, a remarkably gynecological name for a Terminator movie. 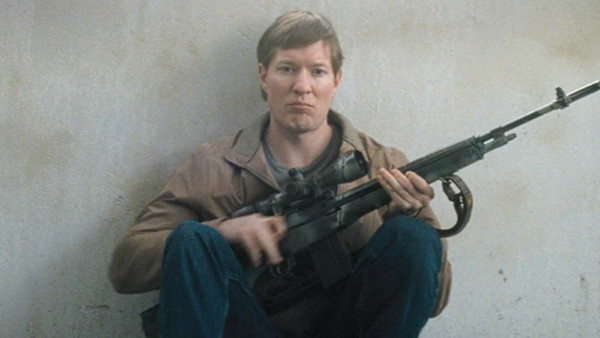 How much is Jack Reacher the 2014 cipher? Here’s how much: One of its actors was in True Detective! Granted, I could put pictures of both characters next to each other and you still wouldn’t be able to tell they’re the same guy, but the alleged shooter in Jack Reacher, an ex-sniper who gets beaten into a coma about 10 minutes in, is played by Joseph Sikora, a TV vet who also played Ginger, the weird-bearded biker who Rust Cohle drags through the shootout/eight-minute-long tracking scene in Episode 4 of True Detective.

In case you missed it: That’s Edge of Tomorrow, Gone Girl, Interstellar, Divergent, Unbroken, Selma, A Most Violent Year, and True Detective, all accounted for in Jack Reacher. Jack Reacher is the skeleton key. Jack Reacher is the Morse code in the wristwatch. Tom Cruise’s powers may be diminished, but he can still see the future. Stay woke, everyone.

Do You Like Prince Movies? Podcast: ‘Interstellar,’ ’90s Dance Parties, and More