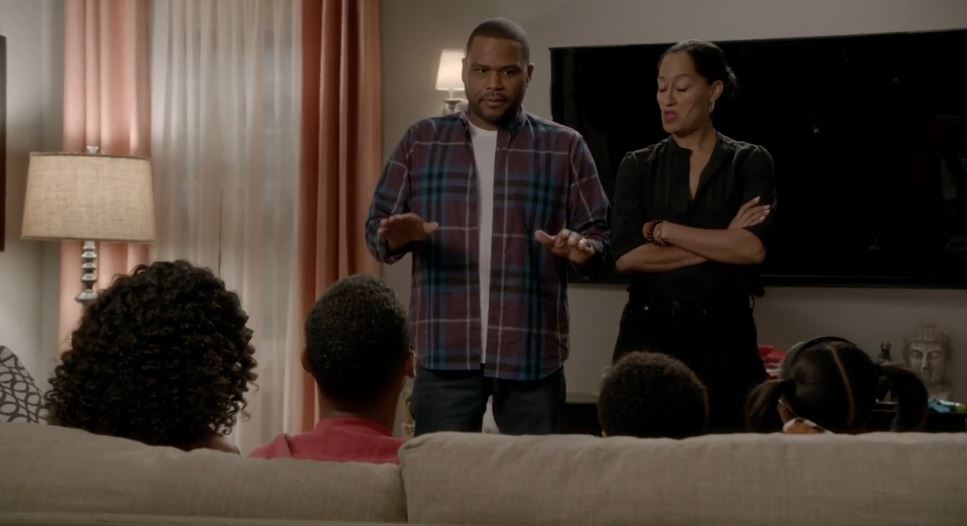 Nearly two months into the fall television season, a few things are abundantly clear: Rom-coms are failing, CBS stays CBS-ing, and just the merest hint of teenage Bat-musk is enough to keep fanboys tuning in. To that list, I’d add one more indisputable fact: ABC’s1 Black-ish is the best new series on broadcast TV, comedy or drama, and it’s not particularly close.

This may come as a surprise to anyone who read my column just two weeks ago, when I eulogized the American broadcast sitcom. In that piece, I bemoaned a production cycle that makes the already arduous task of crafting a successful network comedy close to impossible. Robbed of the time to assemble a complementary cast or develop the necessary chemistry, producers have instead taken to selling the humble sitcom much as one would a summer blockbuster: by putting the premise before the people. These preppies will fall in love! This judge is a mess! Monsters are real! I’d say what happened to these three big concepts wasn’t funny but, then again, neither were the shows.

From a distance, it’d be easy to criticize Black-ish for the very same sins. Stamped with an awful name, straight from ABC’s struggling in-house Zeitgeist Department,2 the show appeared too weighted down by its central conceit to succeed. The series, created by Kenya Barris, is the first African American–centered family show on a major broadcast network in more than a decade — and the producers (including stars Anthony Anderson and Laurence Fishburne) seemed all too aware of that fact. Was the title a provocation or a shrug? Black-ish, as a concept, is rich: It’s the term that protagonist Dre Johnson uses to describe the state of his wealthy family as they live inside the plush heart (and bank account) of the American dream, but slightly askew from what he considers to be the African American experience. But as the foundation of a sitcom, it’s neither here nor there. Even instigators of the French Revolution would tell you that big ideas only get you so far. It’s execution that matters.

And that’s where Black-ish truly shines. Despite a title than even its stars can’t help but laugh about, Black-ish isn’t a concept-driven sitcom. It’s the rare network sitcom that is, instead, elevated by its concept. I suppose “rare” isn’t the right word; more like “endangered.” There was a time when all successful comedies followed this model. And the greatest pleasures offered by Black-ish are also the most familiar. The Johnson family is a throwback to the glory days of the Cosbys, yes, but also to the Keatons, the Bunkers, and the Petries. They’re a fractious clan, united by love and perpetually divided by plot. There’s always a crisis but there are also always pancakes.

Each member of the Johnson clan is brightly drawn and skillfully played. Anderson provides most of the energy (and Hoovers up much of the oxygen) as Dre, an adman as sensitive as he is successful. But Tracee Ellis Ross, as Dr. Rainbow “Bow” Johnson, is every bit his equal, underplaying her character’s moments of luminous warmth so that when she does pop, the show is temporarily knocked off its axis. (Ross’s Oprah voice, uncorked midway through last night’s episode, had me searching under my couch for both my jaw and, potentially, a new car.) Of the four Johnson children, tiny Marsai Martin has gotten the bulk of the attention for her predatory, preschool-aged Diane, but I like her best as part of the larger sibling ensemble: Her sharp snark sliding off of Miles Brown’s gentle sweetness, Marcus Scribner’s ego-free doofiness, and Yara Shahidi’s icy remove. (Laurence Fishburne is delightful in his occasional appearances as Pops, but I wish they’d drop the theater and just call him Uncle. All the beard dye in the world can’t extend the nine-year age difference between Pops Fishburne and son Anderson.) The truth is, all sitcoms eventually become family sitcoms, whether the connection is through blood, employment, or cheap rent. Thanks to a marvelous cast, Black-ish started with family and, almost instantly, felt like home.

These old-fashioned pleasures have helped Black-ish slide comfortably into the sumptuous post–Modern Family time slot and maintain a healthy number of its viewers. (Last night’s episode of Black-ish earned a 2.5 in the key 18-49-year-old demographic, a half point down from Modern Family’s number but well above the night’s other comedies.) But it has also allowed the show to begin playing with the more interesting possibilities presented by its title. One of the strongest episodes, “The Nod,” dealt with Dre’s increasing discomfort with his son’s lack of black friends. Since that son, Junior, is as well drawn as Dre, it was possible for Barris, who wrote the episode, to flip his own script: Junior can get along with anyone, provided they know the difference between goblins and orcs. Dre’s real problem was his own new black friend, a grinning, potentially insane colleague named Charlie. (Charlie, played with gusto by former Conan writer Deon Cole, has recurred numerous times now to great effect.) An episode about spanking cleverly teased out the divide between the way people — black and white — speak about punishing other people’s kids vs. their own. And last night’s installment, “The Gift of Hunger,” zagged when I expected it to zig: What began as a hoary finger-wag at spoiled kids became, instead, an indictment of well-meaning parental overreach.

Black-ish doesn’t always make it through these hornet’s nests unstung. The series started with its own distinctive voice but is still learning how to modulate the volume. Dre’s childish tantrums — over tiny slights, perceived familial softness, and, in one memorable instance, hand-hulled cornbread — are already growing stale, particularly when they and they alone are called upon to fuel an entire half-hour. “Crazy Mom,” an episode from last month, started wonderfully, with a lot of clever things to say about the way men are celebrated for doing the sort of quotidian business that women are stuck with every day. (And it said them via a very funny horror movie framing device.) But by episode’s end, Black-ish punted and punted hard: Bow is relieved when Dre stops baking brownies and trying so hard to help out. Turns out she missed her punishing daily routine and was happier when her husband was playing video games instead of contributing. (You can have it all, ladies! You just have to want it enough!)

But these missteps are easy to accept when Black-ish appears so committed to staking out its own path. There are small moments in each episode that would never be seen on another sitcom, not even the one featuring those aforementioned Cosbys. Rembert Browne already highlighted the importance of a single T.D. Jakes joke, but it goes even further. Cutaway sequences have been soundtracked by Rae Sremmurd; Dre’s worst nightmare involved his 6-year-old twins making it rain from the roof of a blinged-out ice-cream truck. And intra-racial dynamics play just as much a role as inter-: Last night, when Bow insisted that she, unlike Dre, had never dined on a baking soda sandwich, he shot back: “You had a white daddy! We can’t all hit the lotto!” When Rainbow, afraid of being seen as poor by her snooty neighbors, thanked her gardener, Pedro, he gleefully switched the show’s codes yet again. “My name is Eric,” the gardener said in a flat, American accent. “I have 65 employees.”

It’s worth noting, though it’s not at all surprising, that Black-ish has so far evinced no decline in quality, even as the showrunning reins have been passed from Larry Wilmore (off to host The Minority Report on Comedy Central) to Jonathan Groff (last seen co-running the brilliant Happy Endings). That’s because both men understand that political humor works only if the humor comes first. So, too, do sitcoms work only if the com comes before the sit. There’s a woeful lack of diversity on the broadcast air at present; as a culture, we are still far too fixated on magically achieving racial harmony rather than confronting the honest conversations about race required to get there. Thanks to the smart people it has in front of and behind the camera, Black-ish has a chance to address both of these disparities. By presenting people that other shows won’t and saying things that other shows can’t, Black-ish could, in time, prove to be both good and important. What matters for now is that it’s simply focused on being good.