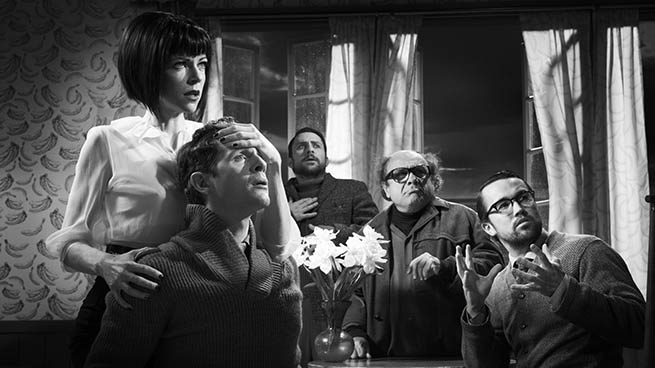 FXX has renewed It’s Always Sunny in Philadelphia for another two seasons, meaning the show will soon be “the longest-running live-action comedy in cable history, and one of the longest-running live-action comedies in TV history, period.” Congrats, everybody! Meanwhile, the network has also ordered 10 episodes of a Tracy Morgan series created by It Always Sunny’s Rob McElhenney, Charlie Day, and Glenn Howerton and New Girl writer Luvh Rakhe. The Sunny dudes will ALSO be putting together another pilot and “AT LEAST THREE MORE” scripts for FX. (Emphasis mine. Because that’s insane.)

Try to stay calm as I reveal that there is a new trailer for Orphan Black Season 2 and that you may watch it right here.

Bryan Cranston could write a book about bricks and we’d all read it. Instead, he’s going to bless us with a memoir about his years on Breaking Bad. It’s due in 2015. Good guy, that Bryan.

Robin Williams is The Angriest Man in Brooklyn, as directed by Phil Alden Robinson (Field of Dreams, Sneakers).

Carrie — the book, ya movie-watching heathens — turns 40 tomorrow. Why not have Patton Oswalt wax nostalgic about a life of reading Stephen King? “There are a couple of clunkers in there, but you’re talking about so many books, for God’s sake. Most people, they can build their reputation on two or three. This guy has written a small bookstore of his own stuff. That is how hard he has played the shit out of his own game.”

Witness young Jon Hamm on a ’90s dating show. Then read an interview with the contestant who passed up a chance at total fabulosity.

Pete Townshend wrote and performed a song for the Season 2 finale of The Americans.

Homeland is filming much of Season 4 in South Africa. (But it’ll take place in the Middle East.)

HBO premiere dates: The Leftovers on June 15, True Blood’s final season on June 22. Here’s a trailer for the latter.