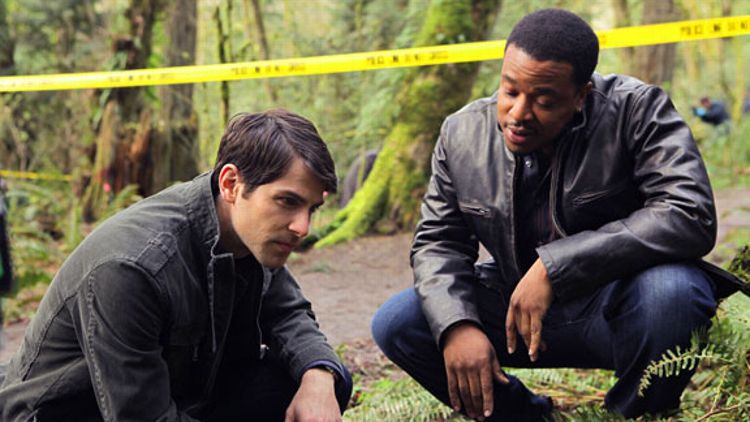 “Not especially promising!” is how critic Alan Sepinwall anti-raves about the season’s new network television offerings — bad news for the suits in Hollywood but great news for the sweatsuits participating in Grantland’s first-ever Fall TV Cancellation Fantasy League! As teased in our autumn forecast/draft guide, our in-house league launched this week with a slightly disorganized draft, some mild-trash-talking, and the exciting news that the premiere of Free Agents already managed to lose half of its lead-in audience. And the lead-in starred Will Arnett!

For those playing along at home, the concept of the League is simple: We cheer failure and fear success. Each team manager has drafted four new network TV series with the hope or expectation that their chosen roster will bomb in a variety of exciting or catastrophic ways — because, let’s face it, whether critically acclaimed and audience-ignored or universally reviled, the points are the same in the FTVCFL. What follows is a list of all League-sanctioned scoring opportunities. (NOTE: For the sake of clarity and intern sanity, the League hereby declares Nikki Finke’s Deadline.com as the only recognized source for show-related quotes.)

And now, bombs away!

• Show is moved to a new, better time slot to capitalize on its strength: -25 points

• One of the show’s lead actors takes a better role on another TV show: 50 points

• Show is hailed as “The Best Show You’re Not Watching” (or similar) on the cover of EW: 25 points

• Network schedules multiple episodes of the show on the same night to burn them off: 20 points

• Network airs any new episode of the show on Saturday night: 50 points/episode

• Show-runner or star invokes possibility of cancellation and begs people to watch the show in a blog post, on Twitter, or in an interview: 20 points

• Show inspires a Save-Our-Show campaign for which fans mail things to the network: 25 points

• Network PR denies or declines to comment on rumors that show is cancelled: 20 points

• The following words appear in a Deadline.com story about the show the day after an airing: “troubled,” “sinks,” “flat,” “worrisome,” “freefall,” “unsustainable,” “catastrophe,” “DOA”: 25 points per

• Show is described on Deadline.com as “a breakout hit”: -50 points

• Show has its “back nine” episodes ordered: -50 points

• Show has its “back nine” ordered before Thanksgiving: -100 points

Andy Greenwald (Homeboys in Outer Space): This fall’s bizarro steam-table of antiquated misogyny and half-assed (or, in the case of The Playboy Club, bare-assed) procedurals is enough to make a veteran television hate-watcher long for the nineties, when men weren’t afraid of other men (or women; or dinosaurs) and bad TV shows were bad TV shows. Does anyone else remember UPN’s The Secret Diary of Desmond Pfeiffer? It was a sitcom about Abraham Lincoln’s hilarious slave. It was broadcast on television! And it was even worse than it sounds! The 2011 season offers neither outrage nor optimism. Any of these lousy-looking shows could be a hit, we suppose. But it’s more fun to realize just how many of them are going to tank.

Of course, being the self-appointed expert of this stuff has distinct advantages and disadvantages. I imagine it’s how Mel Kiper feels when he joins a pick ‘em league or gives an aspirational speech at the Hair Club for Men. On the negative side, I was quickly made aware that Dan Fierman hadn’t spent all his time at Entertainment Weekly blind tracing Barry Blitt doodles and providing Stephen King with a steady diet of soft-rock balladry — he knows his stuff as he snapped up what I hoped would be a sleeper No. 1 pick in NBC’s DOA Grimm, then doubled-down on overreaching ambition with Prime Suspect and Terra Nova. But then again I was able to easily snag two perfect products of Hollywood’s broken system of checks and balances in The Playboy Club and Charlie’s Angels. Both of these shows make sense in a corporate vacuum — established properties, plot-driven reasons for exposed midriffs — but in actuality are the Microsoft iPod packaging of television series: overly busy and utterly pointless.

Side note: I take it as a point of pride that my pal Chris Ryan approached this draft the same way this lady approaches a game of darts. Just because Whitney is terrible doesn’t mean it’s going anywhere. Ditto Ringer — it may have the production values of a MadTV dress rehearsal, but it’s on the CW. For the CW to cancel a show it can’t just have bad ratings, it actually has to inspire people who don’t own TVs to burn down a Best Buy. Case in point: One Tree Hill is entering its ninth season. Repeat: One Tree Hill. Ninth season. Good luck, Chris. Ringer will probably be a popular choice on the 5D holo-TVs hanging in President Palin’s White House portrait gallery. President Trig Palin.

Dan Fierman (The Heat Vision and Jacks):
I couldn’t be happier with how this draft went, from sliding Robert Mays $20 to secure the first pick and the sure-to-be-axed Grimm, to the fact that Terra Nova (hugely overbudgeted special-effects disaster in the making) was on the board in the third round. My sleeper, value-pick? Allen Gregory, which has all the makings of a hipster animated disaster. (See also: Sit Down, Shut Up). Come on, entertainment industry. Do your worst. Cancel. Them. All.

Chris Ryan (Remember the Terriers): For every action there is an equal opposite reaction. I saw that written on a napkin outside of Katherine Heigl’s trailer on the set of Roswell, but I think it applies to my front-office technique in the cancellation league. I just feel like with the amount that NBC is trying to make Whitney/Whitney happen … it’s not going to happen? It’s like when Gretchen Mol was super popular for a minute, and nobody knew why, and then people were like, fall back, Gretchen Mol.

Up All Night was a coin-toss with Free Agents, but I really like Kathryn Hahn in Step Brothers, so I went with Applegate and Arnett. Both will probably be decimated by X-Factor. Also? What happens when the kid is not up all night? Does it become Restful Night Sleep? I’m here all Fall.

How To Be A Gentleman will test whether you can build a television show around Cricket from It’s Always Sunny. I really doubt it. And Ringer: always bet on twins.

Lane Brown (The Viva Laughlins): I was a little surprised to see so many NBC shows drafted so early. Unless the fourth place network decides to start airing infomercials in prime time, I’m pretty sure they need all the shows as they can get, at least until mid-season. When all a program needs to do is out-rate (the delightful but little-watched) Community, even something as terrible as Outsourced can survive for 22 (!) episodes. Looking at my team, I’m most excited to root against Pan Am, an expensive ripoff of a basic-cable show from a network that could pretty easily (and profitably) replace it with Modern Family reruns.