In Praise of the CW’s Musical Chair Show, Oh Sit! 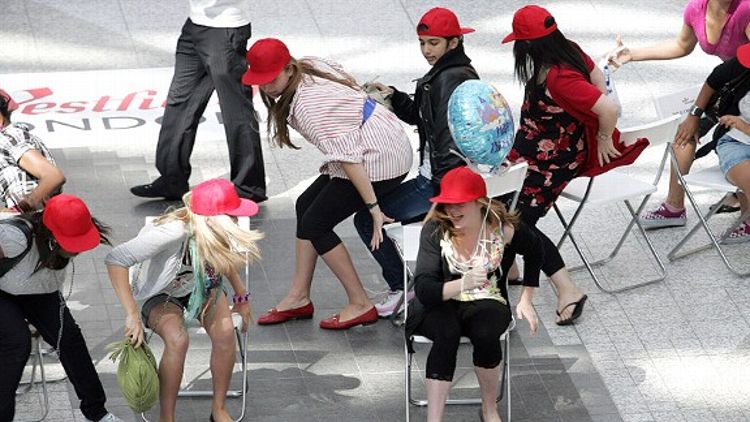 Yesterday at TCA, the CW announced that its previously announced musical chair show – first known as Extreme Musical Chairs, and now called Oh Sit! — would be moving forward, with a 10-episode series planned for the summer. Are you laughing already? You are laughing already.

Also, it doesn’t sound that dumb? It actually just sounds like Wipeout. According to the Hollywood Reporter, “contestants will race through five obstacle course-style eliminations as they compete to claim a chair, all set to music. At the end of each hour-long episode, the remaining contestant will win a cash prize.” The CW’s description is more badass: “20 thrill-seeking daredevils [racing] head to head through five physically demanding, obstacle course-style eliminations as they each compete to claim a chair, to the sounds of a live band.” A live band! Surely, Oh Sit! will soon become the new version of the Peach Pit/The Bait Shop, and will showcase a rotating pool of the hottest bands working. Imagine attractive young daredevils dive-tackling one another for seats as Girls’ dreamy indie-pop rings out and suddenly stops. What? Yes, that does sound great.

Finally: have you ever played musical chairs? It is fucking intense. And super fun.