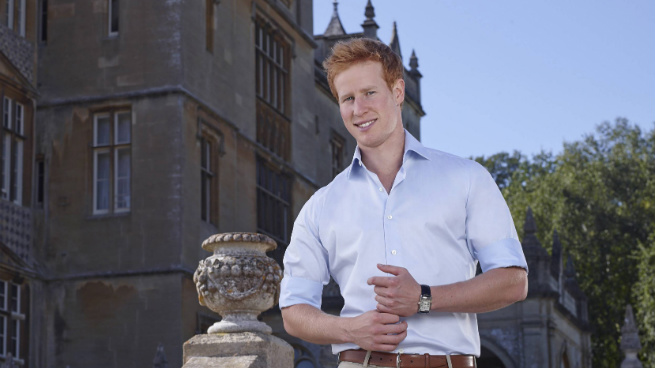 It is with some sadness that I report that Fox’s nostalgic revival of its creepiest reality era, the mid-aughts, continues. First we learned about a celebrity version of 2004’s The Swan, and now it is my duty to inform you about I Wanna Marry “Harry,” a hoax of a dating competition reminiscent of 2003’s Joe Millionaire.

The concept of this show is dark — dark like those flickering candlelit living rooms of the past, in which we watched programs like Playing It Straight and Who Wants to Marry a Multi-Millionaire? (spoiler alert: The multi-millionaire was a total creep, and elements of the program have been compared to “a silent fart in a crowded elevator”): Twelve single women are shipped off to a U.K. mansion and tricked into thinking that they’re wooing Prince Harry, when they are in fact only trying to woo a gingery man named Matthew Hicks, who has been given “a royal makeover.” The show was packaged with the title “Dream Date” to keep the competitive daters in the dark; now that the premise has been revealed, tabloids are already laughing at the “very gullible American girls” capable of mistaking Hicks for the Prince, who is currently in the dark paparazzi dungeon known as “wedding watch” with girlfriend Cressida Bonas.

The effort required to judge a reality show’s place on the morality spectrum is immense. Why was Spike’s The Joe Schmo Show good, despite one of the show’s actors, Kristen Wiig, sustaining bodily harm in Season 1? Was it because Matt Kennedy Gould, the only person who didn’t know the show was a hoax at his expense, was so sympathetic that producers started to cater to him? Or could it have been because it worked as a takedown of the structure of its 2004 reality-contemporaries, illuminating how horrible the genre is when it’s not a satire? You can’t measure the worth of these shows by the paycheck awarded to the winner: The never-aired special Seriously, Dude, I’m Gay, which was pulled from Fox’s schedule two weeks before its planned airdate, offered its heterosexual winner $50,000 for convincing people he was gay. Playing It Straight, however, did air, and (unbelievably) was exported to Australia and the U.K. (where it ran for two seasons!). Playing It Straight required a bunch of bachelors, roughly two-thirds of whom were gay, to date a woman named Jackie and convince her of their heterosexual chemistry. If she chose a straight man, the couple would split a million-dollar prize; if the winner was gay, he’d make off with the million.

God, was it weird. The cowboy hats and Western shirts, for one. Lines like “[Jackie’s] trying to sniff out the gay gays” for another. Joe Millionaire may be Fox’s most remembered attempt at televising some kind of reality-show morality play, but Playing It Straight always stuck with me as being an accidental commentary on the strange power dynamics at play within reality formats. How much did the cast know about what they’d signed up for (Jackie, certainly, knew nearly nothing until she was told about the construct after she’d already made herself at home on the ranch)? Why wasn’t there a mutiny? Was it because, in those situations, we just do as we’re told, not just because of the money but because we feel as though we have to, despite the overwhelming skeeviness of it all? Is it because we’re grateful for the free bagels at craft services? Is it because we’re disoriented and following orders mindlessly?

But back to I Wanna Marry “Harry,” which really does belong to the same wonky-eyed family as Joe Millionaire (which was also developed by Harry’s Mike Darnell, who left Fox just after he gave the world this new present, slated for the summer schedule): Your bachelor is not what he seems. Joe’s first season, a hit, featured construction worker Evan Marriott masquerading as a rich heir, taking his conquests on fancy, production-bankrolled dates (production always pays, obviously, even when it’s not a hoax) to create the illusion of wealth. The winner, Zora, dumped Marriott when he was revealed to be regular Evan instead of a fancified Joe (they split the million-dollar prize). It seemed somehow OK to laugh at the date-testants because — well, everyone on it was horrible to some extent (though Marriott has since repented). There was a second season, which featured European women (can’t fool the American entertainment-daters twice!) and a Texan cowboy with a meager income named David Smith, but it was a ratings failure and nobody cared much about or for it. You could view this as somewhat promising, as though we’d evolved past things like this, but nay. The Bachelor may have an animatronic heart, a little plastic thing pulsing in a crystal jar, but at least it consistently pretends the organ exists. It insists it’s about love, and though we all know it isn’t, that claim keeps it from singling out one person — or a group of them — as the fool.

And it is foolish to think Prince Harry would enlist Fox to find him an American bride as part of a reality show, and that anyone obsessed enough to want to marry him would fall in love with a fake. If there’s any draw to I Wanna Marry “Harry” at all, it’s a curiosity borne out of disbelief: Seriously, America? Maybe being on a reality show offers its own kind of unique experience: As one of the contestants of The Next Joe Millionaire put it, “It is all so worth it because these girls are really fun and the nights we all spent together were great. Just imagine; 14 girls, stuck in a huge villa, no television, no radio, just a huge supply of Italian wine. They didn’t show you those moments that made all the camera stress worth it. We had so much fun!” (Even smart people dip a toe into those holographic pool waters now and then, just to see what it’s like.) But it’s equally likely, if not more so, that after this show airs we’ll be treated to a slew of interviews from people who have regrets, like The Swan’s Lorrie Arias and Joe Millionaire’s Evan Marriott — and how much sympathy will we afford them, now that it’s clear they knew what they were getting into?

But hey! At least it can’t go on for more than one season. Right?