How Well Were This Fall’s Major TV Cast Changes Handled? 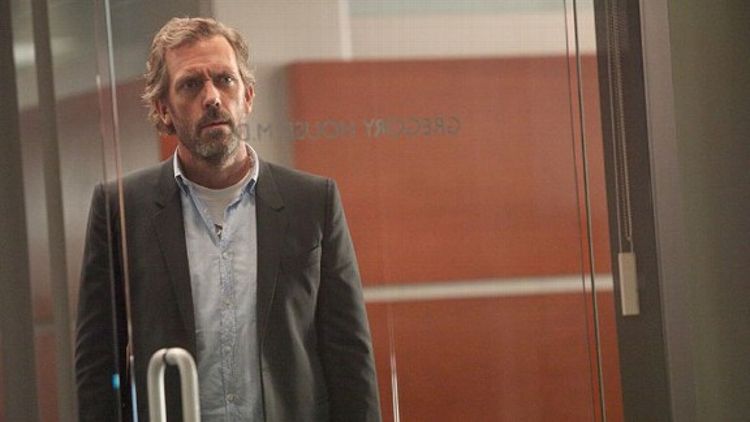 With its eighth-season premiere on Monday, House became the fifth hit series this fall to return minus a major character. Though personnel changes happen all the time in TV, they can be treacherous. How did this year’s affected shows — including The Office, Two and a Half Men, Law & Order: SVU, and CSI — do? Below, we grade them in relation to the replacement of the actresses that played Will’s Aunt Viv on Fresh Prince of Bel Air. Everyone knows it just wasn’t the same when Daphne Maxwell Reid took over for Janet Hubert-Whitten, right? On a scale of 1 to 5, with the more Old Aunt Viv’s the better, here are the rankings for this fall’s turnovers.

Missing Character: Dr. Lisa Cuddy (Lisa Edelstein), the hospital’s dean of medicine and, at one point, House’s love interest. She was last seen not dying when House, still bitter over their breakup, awesomely drove a car through the front of her house.
Actor’s Reason for Leaving: Classic contract dispute. Edelstein, refused to take a per-episode pay cut.
Character’s Fictional Reason for Leaving: Having Dr. House freak out like that is a perfectly good reason for Cuddy to never want to see him again. You dodged the bullet this time, writing staff of House!
The Transition: The season premiere found House in prison for the car wreck, which would’ve been ridiculous enough even if all the standard jailhouse clichés — Neo-Nazi gang leaders, silent-huge-scary-but-inherently-kind inmates, shankings — hadn’t been trotted out. It more or less worked, though, especially when House was presented with a medical mystery to crack, in the form of an ambiguously addled prisoner. Odette Annable, best known for her role in Cloverfield, plays a prison doctor who reluctantly lets House do his thing, and seems like the direct fill-in for Cuddy. The stunt-casting of divisive indie queen Charlyne Yi (she wasn’t in the premiere) will eventually distract from Cuddy’s absence as well.
What Would Have Been Better: The show could have hired any given attractive TV vet as the new Dean, but you know what would have been dope? If Hugh Laurie convinced his ol’ pal Emma Thompson to do a mini-run. This may well be the last season of House, though, so the patchwork attack should hold up fine for that short term.
Grade: 3 Old Aunt Vivs

Two and a Half Men

Missing Character: Charlie Harper (Charlie Sheen), the womanizing star of the show. He was last seen heading to a weekend in Paris with Rose, his stalker-turned-girlfriend, where he was planning on proposing.
Actor’s Reason for Leaving: Sheen’s epic meltdown. Maybe you heard something about it?
Character’s Fictional Reason for Leaving: Considering all the vitriol Sheen spewed at Men creator Chuck Lorre, it’s understandable that Lorre would give Harper an ignominious death. But having him “explode like a balloon full of meat” (off-screen! off-screen!) when a jilted Rose pushes him in front of a train? That is some next-level psychosis, Chuck. At the funeral, where this season’s premiere opened, Harper’s fuming former flings rattled off all the venereal diseases Charlie gave them. The only single moment of tenderness came when Alan (Jon Cryer) thanked Charlie’s ashes for giving him and his son a home. Then he spilled Charlie’s ashes everywhere.
The Transition: Ashton Kutcher’s Internet billionaire character Walden Schmidt, bereft after being left by his wife and following a comical suicide attempt, stumbled across Charlie’s house. He and Alan became fast friends, they hung out at a bar picking up women, and by the end of the episode Walden has bought the house. This sounds extremely clumsy, but thanks to the tone of the show — unremitting meanness — and the real-world facts, forgetting about Charlie as soon as possible made a lot of sense. On paper, Two and a Half Men actually had a challenge on its hands: a star gone, and no way to shoot extra scenes to explain his absence. Credit Chuck Lorre’s blunt sitcom steamroller, then, for hacking right through it.
What Would Have Been Better: Nothing, really. This is a hit CBS sitcom: a big name was mandatory, and tweaking the tone was completely out of the question. Yep, “balloon full of meat” was the right route.
Grade: 4 Old Aunt Vivs

Missing Character: Regional manager Michael Scott, who was last seen silently, tearjerkingly boarding a flight.
Actor’s Reason For Leaving: Steve Carrell got too famous.
Character’s Fictional Reason For Leaving: Michael shacked up with his soulmate Holly in Colorado. It’s the kind of emotionally fulfilling couple arc that the British Office provided as well with Tim and Dawn, but compare the differences. Tim’s final voiceover: “The people you work with are people you were just thrown together with … probably all you’ve got in common is that you walk around on the same bit of carpet for eight hours a day.” Michael’s final voiceover: “The people that you work with are just, when you get down to it, your very best friends.”
The Transition: After Two and a Half Men, The Office’s switchover was this year’s most obsessed-over. Big-name replacements were bandied around for months, but finally, seemingly James Spader won the role … only, no, he wasn’t going to take Carrell’s job, he was just the new Dunder Mifflin Sabre CEO. And in this year’s season premiere, Ed Helm’s Andy Bernard was given Carell’s gig. It was annoying: how dragged-out did this reveal really need to be? Anyway, Helms is The Office‘s most Scott-esque character, and his promotion will allow the writers to stay in their comfort zones.
What Would Have Been Better:: Many viable options have been mentioned in interviews, including promoting Darryl, Jim, or Dwight to Scott’s job, or hiring Catherine Tate from outside. But what if they’d shaken things up by actually giving Spader the gig? For now, the show seems to be staying the course, which is a bit disappointing.
Grade: 2 Old Aunt Vivs

Missing Character: Dr. Ray Langston (Laurence Fishburne), the head of the CSI team, last seen icing dastardly serial killer Nate Haskell in brutal fashion.
Actor’s Reason for Leaving: Unclear, but presumably movie actor Fishburne got bored with TV.
Character’s Fictional Reason For Leaving: The kindly medical examiner in the sweater vest explains it’s for the best: “Ray’s back with the woman he loves. He’s got a second chance. I think killing Haskell might have saved his life.”
The Transition: How can you go wrong with casting Ted Danson? Dude comes in strong as a spacey farmer’s market aficionado who does ca-razzzy things like lying down in the crime scene and babbling about constellations. In the grand tradition of a group of people accepting another, different person on TV, everyone’s skeptical and angry at first. But … just maybe … he’s super good at his job? There is also a subplot about Japanese octopus sex, which is exactly the kind of thing that makes you not think “Hey, where’d Larry Fishburne go?”
What Would Have Been Better: This was the traditional route for a procedural: switch out one big name for another with with minimal explanation. It worked for us.
Grade: 4 Old Aunt Vivs

Missing Character: Detective Elliot Stabler (Chris Meloni), last seen gunning down a shooter in the SVU squad room.
Actor’s Reason For Leaving: Contract dispute. Chris Meloni must stay paid.
Character’s Fictional Reason for Leaving: For the third time, a hella dramatic season finale provided a neat transition. Stabler was also under investigation from Internal Affairs for the shooting. His best pal, Detective Benson, left him voicemails and had angry conversations with her captain:

Cap: “He’s gonna have to submit to a psych eval, anger management. A lot of hoops.”
Benson: “And he’ll tell them to go to hell.”

At episode’s end, Cap had to break the bad news: Stabler put in his papers.

The Transition: The season premiere was a ripped-from-the-headlines DSK episode, which did lots to distract from Meloni’s absence. Eventually, Cold Case‘s Danny Pino will replace him.
What Would Have Been Better: The Law & Order’s handling of actors’ departures has always been pretty well-done, but this was the biggest one SVU has ever had to handle. They could have aped CSI in their detachment, but they went bigger (Benson breaks down in a full-on ugly cry at the end), and it paid off with probably the best-handled cast change of the season. We’ll never forget you, Stabler!
Grade: 5 Old Aunt Vivs

Filed Under: CSI, Law & Order: SVU, The office, The Replacements, Two and a Half Men