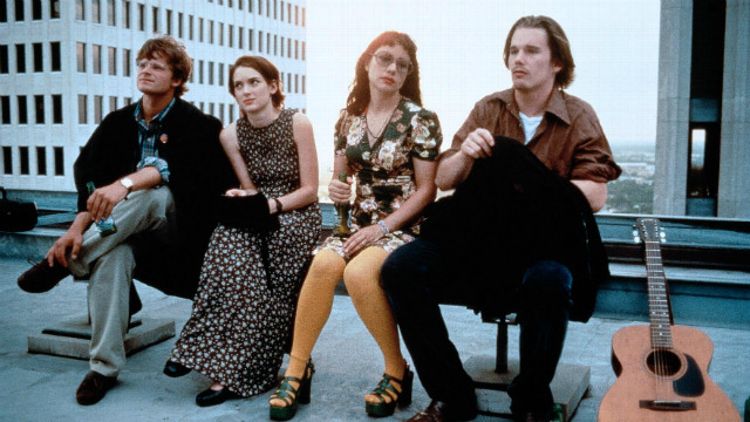 If 1993’s seminal Reality Bites taught us anything, it’s that debit cards and gas stations make for a terrific way to defraud your parents. Most of its other lessons were lost somewhere in the greasy follicles of Ethan Hawke’s artfully unwashed hair. But 20 years on, the movie still represents something formative in the minds of men and women of a certain age. Something about the Gap and cigarettes and overrated soundtracks. But also about the eternal choice between corporate and creative, between selling out and buying in and between men who have suits and jobs and those who merely smolder and cover Violent Femmes songs in order to publicly neg you.

Now this ageless dilemma will be presented to a whole new crop of milennials, as NBC has purchased the rights to develop Reality Bites into a single-camera sitcom, presumably for the fall 2014 season. Ben Stiller, who directed the original and also wore a suit as Hawke’s rival suitor to Winona Ryder (a.k.a. the One Who Showered), will be producing through his Red Hour shingle. Helen Childress, who was a 25-year-old phenom when she wrote the screenplay, will be back in the fold to write the script. In keeping with the to-shampoo-or-not-to-shampoo binary of the original, it’s probably best to consider this news from two distinct perspectives. 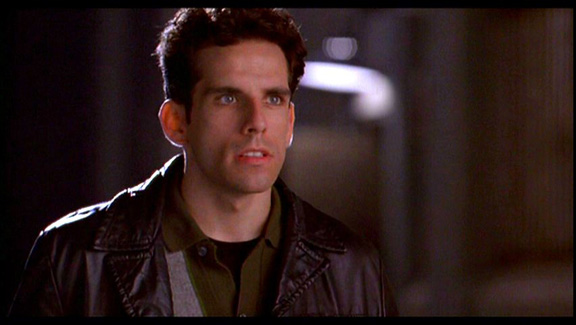 This is a big win for Comcast Universal! Even the slackers at Grantland have been telling us to start strip-mining beloved movies for potential properties. And NBC has always been in the young-people-laughing-while-figuring-it-out business. Play our cards right and we could have a Friends for a new generation on our hands, one with a sassy female lead to boot. (Breakout star potential! I smell Aniston 2.0!) I don’t want to step over some line of coolness with you dudes, but we could really be tapping into a highly marketable brand of nostalgia here. The decision to keep this as a ’90s period piece is risky — no cell phones! No co-branding with Twitter! — but I think it could play. Kids love all that old shit like “flannel” and “human interaction.” They eat it up, trust me. Plus, think of all the Hypercolor T-shirt and OK Cola gags we can use in the sizzle reel! Besides, 1993 is as far away from the present day as the setting of Freaks and Geeks was when it premiered in 1999. Whoa. Sorry. Didn’t mean to harsh your mellow — you skaters still say that? That show was a ratings stinker and should be forgotten, not name-checked for potential inspiration. Won’t happen again! Sorry! 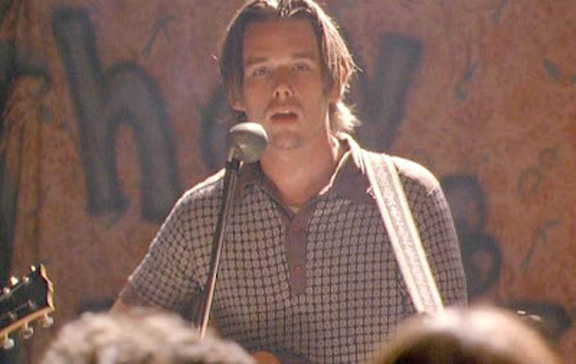 Hey, girl. What are you thinking with this? Rebooting chewed-up old franchises is, to paraphrase myself, a random lottery of meaningless tragedies and a series of near escapes. Reality Bites was phony when it was new, man. You can’t slap a couple of catchphrases, some ironic cover songs, and Steve Zahn on a generation and make it true. You know what’s true? The sky 10 minutes before it’s about to rain. Rimbaud poetry. The eyes of a sad clown I saw once waiting for a bus. I mean, this dude was really a clown — like with face paint and everything. And he looked, like, so wise. Why not give that guy a show on your fascist idiot box? I bet he could teach you more than this recycled corporate robospeak. This whole idea is coo-coo for Cocoa Puffs and I want no part of it.

For real? Would I have to cut my hair?

Totally, man. Have your laywer call mine we’ll work something out. Now if you’ll excuse me, there’s a cloud over there that is just, like, super inspiring.

You're Next, The Strangers, and Understanding the Rise of the Home-Invasion Horror Movie