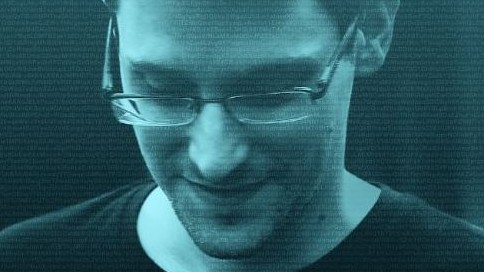 In the summer of 2013, when Edward Snowden came forward with his treasure trove of NSA spying secrets, two people were instantly made both famous and infamous. The first was Snowden himself, who up to that point had been a system administrator for Booz Allen Hamilton, contracted to the NSA and living in peaceful anonymity in Hawaii with his girlfriend. The second was Glenn Greenwald, a spitfire journalist for the Guardian who rapidly began crafting the overwhelming raw data provided by Snowden into one deeply unsettling government surveillance story after another.

But there’s a third member of the team, one who hung back happily in the shadows: Laura Poitras. The filmmaker, then working on a trilogy of documentaries about American power post-9/11, was actually the first person with whom Snowden communicated about coming forward. And in those fraught, surreal early days as the news broke internationally out of a hotel room in Hong Kong, she was with Snowden and Greenwald every step of the way.

Now, with Citizenfour, the Return of the Jedi installment of her trilogy, showing up in theaters — and on op-ed pages, and in the Oscar conversation — Poitras is tentatively assuming some of that spotlight.

Poitras was already working on what she thought would be her third movie when Snowden — in encrypted communications and, initially, under the code name “citizenfour” — contacted her. (Snowden felt that Poitras’s and Greenwald’s bodies of work made them the right people for the job. He’d initially tried to reach out to Greenwald directly as well, but moved on when they failed to establish encrypted channels to converse through.) And that, dramatically, is where Citizenfour kicks off: the thrilling early exchanges between Poitras and this at-that-point anonymous whistleblower, conversations that would perhaps feel melodramatic if they hadn’t really taken place.

“I’d been talking to this person for five months,” Poitras recalls, on the phone from San Francisco. “He’d led me to believe he was older. But he remained completely anonymous. He was not giving any hints.” In Citizenfour, we hear about the instructions Snowden gave to set up the triumvirate’s first meeting, at the ritzy Mira Hotel in Hong Kong. Poitras and Greenwald were given a particular time to show up at the hotel restaurant and were told to look for a man with a Rubik’s Cube in his hand. They were then told to ask what time the restaurant opened, to which he’d respond and then warn them the food was bad. Once they’d executed the cinematic exchange, the three went upstairs to a room. Poitras immediately began shooting.

“I was not thinking, Oh, this is so interesting. He’s charismatic and articulate — this is not what I expected,” she says. “In that moment, I walked into the room and thought, Wow, there’s a lot of white. It’s small. How am I gonna film here? In retrospect, these all contribute to what the film is: a kind of feeling of claustrophobia, of being in this room.”

That’s exactly what makes Citizenfour so captivating. We get to hang with Snowden for the eight days he was effectively trapped in that Hong Kong hotel room. And we get to see how he goes from measured giddiness over the initial reveals — his patient, expert translation of the NSA documents, for Greenwald and for public consumption — to the inevitable reality that his explosive information is finally, actually out in the world. A fire alarm goes off, to rattling, paranoiac effect. A phone is unplugged, for fear of its potential abuse for surveillance. Several times, Snowden looks at the camera with an expression that suggests he’s currently choking down and quietly digesting a large chunk of panic.

“There was one section that didn’t make it in the film,” Poitras says. “[Snowden’s] talking to me and a bird hits the window, and he sort of jumps. And it made me realize that under this calm, there’s a very acute awareness that anyone could knock on the door at any time.”

That underlying stress leads to perfect moments of oddness. At one point, Snowden appears in the hotel room mirror, endlessly fussing with his hair, perhaps due to nerves, perhaps because he was prepping for forthcoming cameras, while the hotel TV — throughout the film generally tuned to Greenwald’s trumpeting appearances on international news broadcasts — plays the video for Selena Gomez’s “Come & Get It.” Without a word of dialogue, the scene nicely captures the bizarre nature of what Snowden has done to himself. While Greenwald is out in the world in a suit and tie and a smirk, mixing it up with blankly handsome news anchors, scandalizing the world with these unbelievable tales, Snowden is stuck in a sterile, self-created prison, passively listening to Top 40 pop.

Asked if she knew the quality of stuff she was getting as she shot, Poitras laughs. “I was just trying to keep my wits about me, stay focused, stay composed,” she says. “I was worried about, you know, the sound quality.” But of the Gomez bit, she does at least say, “I like that moment, too.” 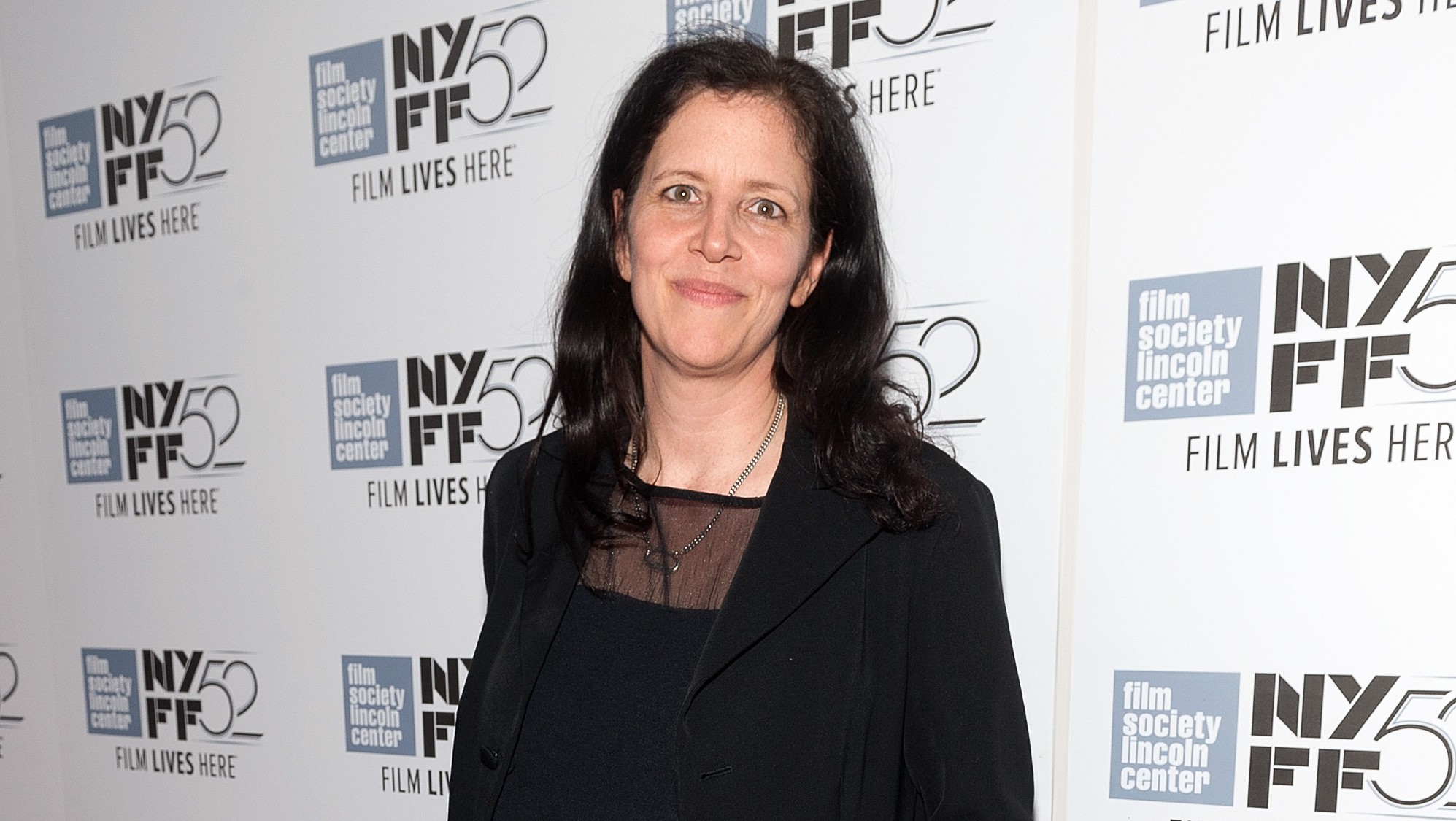 Once she locked into postproduction along with her editor, Mathilde Bonnefoy, Poitras quickly concluded that the movie ought to unfold chronologically. “Here’s an encounter that begins with this introduction, this awkwardness, and progresses over time,” Poitras explains. “And eight days later, we see the impact of these stories. Rather than scramble the movie around thematic issues, we decided there was an inherent drama of showing it unfolding over the eight days. That was the most cinematic way of approaching the material. We wanted to create a time capsule.”

Now that the documentary is being released into the world, Poitras knows it’ll be fodder for those on the two extremes in the debate over Snowden: the side that angrily dismisses him as fame-hungry and reckless, and the side that wheat-pastes his image and hails his courage. And she doesn’t much care. “This is not about shifting anyone’s opinions,” she says. “It’s a document of a pretty significant moment of journalism that changed the landscape of how we understand our government. It’s a portrait of someone that took an enormous risk to reveal something. The use of surveillance post-9/11, the continuation of these policies by the Obama administration, secret laws, the secret collection of data — that’s scary stuff. I’m interested in bigger themes than public opinion. I took too many risks with my film to worry about that.”

You don’t think it matters? Whether he’s ultimately tarnished as a traitor or celebrated as a hero?

“I know that’s become the part of the conversation,” she says, “and I find it reductive. He’s a person who believes in the Constitution and grew up with the Internet and believes it has this enormous potential for human good. He took an action, and he was willing to unravel his life for it. I’m interested in that, rather than the reductive description of what that means.”

Before she hangs up, we circle back again to the genuine surprise and delight Greenwald and Poitras felt upon finally meeting citizenfour and finding him — especially under such extreme, unique conditions — to be a pleasant, articulate young man. “It was really impressive,” Poitras says, “how composed he was. It’s partly his nature: He’s very intellectual, very analytical. I also think he made this choice, this moment of no return. In that sense, you stop worrying. And there’s a kind of authenticity in not knowing what would happen next.

“He’s in a mental state which is all about ‘OK, what do you guys need? What can I tell you?’ It’s a bit of a brain dump. He really wants us to understand. He wants to make sure the risks he’d taken weren’t taken in vain.”

My Trip to Fox’s ‘Utopia,’ Just Another Struggling California Commune