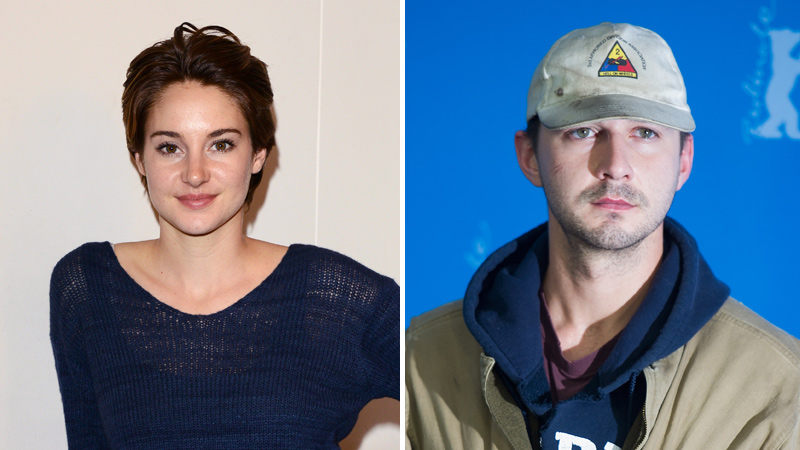 Back in 2011, Lifetime scored solid ratings with its headline-ripped The Craigslist Killer. The story of Philip Markoff, the Boston University medical student who committed two robberies and one robbery turned homicide, had all of the earmarks of a Lifetime Original: an unlikely villain who was able to dupe everyone into thinking he was a just a regular ol’ yuppie; an unsuspecting fiancée, Megan McAllister, the pretty young woman who had kept busy “planning a wedding and living the dream” while Markoff sought his victims; and, of course, some cautionary overtones about the Internet. (“Used to be able to tell who the bad guys were, right?” says William Baldwin, as an investigating detective. “Now it’s all texts and e-mails and Web sites. Creeps are hiding in our own houses, and we don’t even know who they are.” ALERT: The murderers are invading our domestic space!) Markoff took his own life in his jail cell while awaiting trial in 2010, but just when you thought it was safe to post ads for futons, ovens, and sex services, a new Craigslist killer has arrived on the scene.

Miranda Barbour, 19 years old and originally from Alaska, was charged along with her husband, Elytte Barbour, in the fatal stabbing/strangulation of a man she met via a Craigslist post. Barbour offered Troy LaFerrara “companion” services for cash, then picked him up in Pennsylvania. Barbour’s husband hid in the backseat of the couple’s car, then strangled him while Barbour stabbed him 20 times. LaFerrara’s murder isn’t the end of the story, however, and it’s also not what makes an adaptation of Barbour’s crimes a likely event; instead, it’s the timelessly fascinating combination of a malevolent romantic duo (Elytte and Miranda reportedly headed to a strip club to celebrate Elytte’s birthday after the killing), a villain with a troubled past, and Miranda’s claims — so far unsubstantiated — that she’s killed more than 22 people and belongs to a satanic cult. Jezebel bestowed Barbour with the headline “Satan, Rape and Murder: The Life of Miranda Barbour, Craigslist Killer.” Given that material, the Lifetime titles write themselves.

Ad-supported cable or elsewhere, it seems inevitable this grisly tale will be making its way onto producers’ desks at some point in the near future. Let’s head off the studios’ efforts with a Hot Property segment, born here under a bad sign. Sorry, HP: Next time we’ll try to hit up something more heartwarming.

Barbour, according to her father, “craves attention, is selfish, dishonest and manipulative” (she talked her way out of treatment facilities as a young teen, and her claims of mass murder across state lines are being met with some skepticism by authorities from Alaska to North Carolina). That’s why the adaptation should be bisected: whatever happened in reality — a story that’s still developing — and what occurred in Barbour’s mind. Barbour has a 2-year-old daughter by an unknown father (Barbour claims he’s dead; her mother has fielded calls from a man named Forrest, an alleged cult member, who has been inquiring as to whether he could be the child’s father), and seemed to have cleaned up her act for a brief period while in the custody of her uncle, but Satan (or inner what-have-you) lured her back to the dark side. We’ll anchor ourselves in the present — jail, probably — but wander into divergent truths via flashbacks from Barbour’s perspective, never sure what’s real other than the single verified crime. This isn’t a linear story; it’s about diabolical motivations and wading through the muddy swamp between delusion and fact, figuring out where everyone involved fits in.

Who can get inside the mind of a sociopath to pen the screenplay? David McKenna can. He wrote American History X, the in-development Ice Man: Confessions of a Mafia Contract Killer, and Bully (under the name Zachary Long), as well as the punchy video game script for Scarface: The World Is Yours. He’s well versed in wrangling true stories into screenplays, and because so much of this narrative is speculative, he could use this opportunity to wield a lot of poetic license. The most reasonable path for Barbour’s story would be one that resembles American History X’s, skipping around in time and accommodating for its character’s shifting morality.

Since we’re shooting for the stars, I nominate Christopher Nolan. He can handle the ambiguity of the unreliable narrator (see: Memento), and he’s familiar with the very specific topic of murder in Alaska (Insomnia). He adds layers of intrigue to evil that makes for multidimensional character studies. I know he’s kind of busy, but I’m sure he could be bribed onboard this project when I secure our film’s wealthy benefactor.

Casting can be such a slog. Ideally we’d travel back in time and hook Amber Tamblyn circa 2008 or so, not just because she bears a passing, Hollywood-polished resemblance to Barbour, but also because she’s familiar with the horrific (The Ring, The Grudge 2). Unfortunately, Tamblyn is 11 years older than Barbour, so it seems like too much of a stretch. We’ll just have to hit up Shailene Woodley and ask her to break her typecast mold of relatable good person. Whack that image with a hammer, Woodley! We’ve also got Elytte, otherwise known as Elf, pictured here holding a handful of fire. Shia LaBeouf, no longer famous (trust the paper bag) but only five years older than Elf, seems like a logical fit. Scruffy, unpredictable, and often at odds with the law, he could make enough trouble on set to secure prerelease publicity. As for the satanists: hmmm. Perhaps the best course of action here is just to cast Alkaline Trio and head in a tongue-in-cheek direction. I don’t know how many Satan worshippers are also members of SAG, but I’m sure we could round up at least eight principals and 20 extras who want their union waivers. Something good should come of all this, like health care and residuals.

'Parenthood' Cry of the Week: The Bravermans Welcome You Back With a Classic Cuddle Sesh