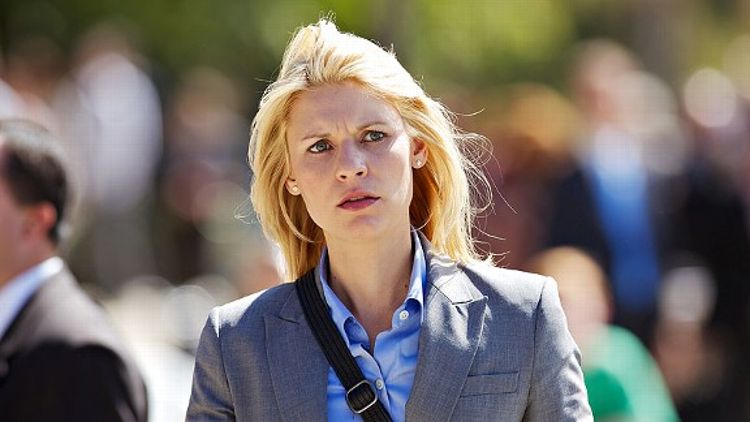 In a typically excellent piece for the New Yorker last week, critic Emily Nussbaum made the case that Homeland functions as a sort of public antidote for the work showrunners Howard Gordon and Alex Gansa did on 24. On that equally loved and loathed Fox series, Kiefer Sutherland’s Jack Bauer was a sort of right-wing Batman: a dark and violent defender of America’s freedoms that quite literally didn’t have time for second thoughts about anything. Every move he made and kneecap he shot was in the name of justice. If he happened to hacksaw a few heads off in the process, well, that’s just the price of democracy.

In contrast, Homeland goes out of its way to cast shadow on nearly everything. The farther we go with Carrie and Saul as they investigate Abu Nazir, the more opaque things seem. It’s not an adventure, it’s deep-sea diving. One of the more subtly brilliant themes that Gordan and Gansa have woven into their work here, one that reaped huge dramatic dividends last night, is that nearly every foot soldier in the war on terror is a pawn. Consider Carrie, perpetually caught between lying to her colleagues, her family, or herself. Or Brody and Walker, broken Marines both, desperate for the rigid security of a mission — any mission. Last night added two more hapless cogs to the murder machine: sketchy Saudi Mr. Sahrani, a man willing to sell out two countries for cash but not his family, and Sam Everett, a down-on-his-luck dupe who took money from Tom Walker to walk a briefcase into a park and ended up igniting both himself and an international incident. On Homeland the real work of counterterrorism is stripped of all glamor and flag-waving. It’s an ugly, ruinous business for all involved. Even those who don’t lose their lives have, in a larger sense, already given everything away: companionship, family, sanity — even, in Saul’s case, cutlery — all in pursuit of their professional calling. Stopping an attack on U.S. soil would indeed be heroic, but there are precious few heroes to be found.

“Representative Brody” was a high point of what has proven to be a truly stellar season of television, ratcheting up the tempo to klonopin-demanding levels while still finding space for heartrending breaks like Saul’s solitary dinner of ruler-spread peanut butter and pathos. In the A-plot, the spooks at Langley are zeroing in on Sahrani, revealed to be a “mild-mannered second secretary” at the Saudi embassy. Yet there’s dirt beneath the surface: He’s in debt for $750,000 and takes advantage of time away from his three wives to troll local bathhouses for gay sex. With the pressure points located and the State Department’s diplomatic concerns filed neatly in the trash compactor (“Fuck the charter,” snarls Saul, proving that just because you have the bearing and appearance of a rabbinical garden gnome doesn’t mean you can’t have a nasty streak), Carrie quickly recruits the lending bank in question to the cause — super-easily, I might add; Occupy Bethesda! — and a trap is set. And here again was one of the show’s smart, simple pleasures: watching Carrie bone up for a high-stakes, extralegal interrogation over pizza and flashcards like it was an Am Civ midterm. Few shows before Homeland have bothered to illustrate just how the vitally important business of keeping us safe, at a granular level, isn’t really all that different from anything else: It’s work. Grinding, often repetitive work. Carrie’s tools may be quieter than Jack Bauer’s, but they are no less effective.

Case in point: It’s her intense preparation and knowledge of her subject that finally cracks the surprisingly hardy Sahrani. Though nonplussed by the photos and the threat of their release (giving us this year’s front-runner for the Line I’d Most Like to See Closed Captioned Award: “Tell them all! I don’t care. I suck cock and I love it. Yummy, yummy, yummy”), it’s when Carrie goes after Sahrani’s fully Westernized daughter that he comes to the table. It’s a brutal scene, living up to Saul’s direction to “eviscerate” him, and an artful reveal of Sahrani’s hypocrisy: He’s bankrolling his lavish existence in the West by helping to target it. The worst thing Carrie could ever do to him was to threaten his daughter with life in the exact sort of world Abu Nazir wants to create. With Sahrani turned (Saul: “Welcome to the CIA”), the signal is given to draw Walker out of the woods and into a sniper’s sights.

Meanwhile, Brody is playing his own sneaky game. After an impromptu drop-in from the vice-president interrupts his Cocoa Pebbles (and while I appreciated the dramatic tension the visit provided, it’s hard not to think a phone call would have been a tad easier on everyone), Brody appears gung-ho about running in the congressional special election. Whether he’s doing it for his own, altruistic purposes — that such a thought remains a legitimate possibility is another credit to Gordan and Gansa’s meticulous plotting — or to let Abu Nazir know that he’s not deviating from his plan to exact revenge on the jingoistic VP, we don’t know. But it was genuinely shocking to see the devious, manipulative lengths Brody would go to in order to get his way: even hooking his emotionally (and facially) bruised former pal Mike into talking to the dubious Jessica for him. As for Mrs. Brody, she was stellar this week — the scene where she reacts in horror to Brody’s political plans was the best work Morena Baccarin has done on the show to date. She knows about Carrie, and she also knows that if their family goes along with this it won’t be long before their house is as cold and grocery-less as Carrie’s or Saul’s.

The Conversation-aping apex occurs in crowded Farragut Square. With the VP watching with Estes and Saul spying from a hotel room above, Carrie leads an undercover team around and around the fountain, waiting for Walker to show up. As the tension builds and the trigger fingers of the rooftop snipers get itchier, a Walker look-alike emerges from the treeline carrying a briefcase. Only Carrie makes the connection that Walker is right-handed and his double is clearly favoring the left. And only Carrie realizes just what this non-Walker walking right up to Sahrani is about to do — only the realization comes moments too late. Our impressionist-loving turncoat is quickly reduced to so much pointillist spatter, and Carrie and Saul’s worst nightmare has begun: It’s a terrorist attack on American soil. A suicide bomber, no less — although not a willing one — and the smoke-filled, silent aftermath of shocked victims and limbless corpses looks exactly like the sort of thing that’s only ever supposed to happen “over there.”

And yet despite the explosive climax to the episode, I’m haunted by what happened just before: Carrie has poured the wine and turned up the jazz, expecting a romantic visit from Brody. But all he wants is her silence. “Believe it or not,” she stammers through the impending tears, “I value my privacy.” Carrie’s look of total rejection in that moment seems worse than the “really bad” concussion that’s left her hospitalized at hour’s end. The best advice Saul, the anti-Jack Bauer, ever gave her about targets was to try “and find what makes them human, not what makes them terrorists.” But Carrie crossed a line with Brody — discovering his humanity left her vulnerable and all too aware of her own still-beating heart. And the crushing loss of him — first as an enemy and again as a lover — has left her more alone than ever.