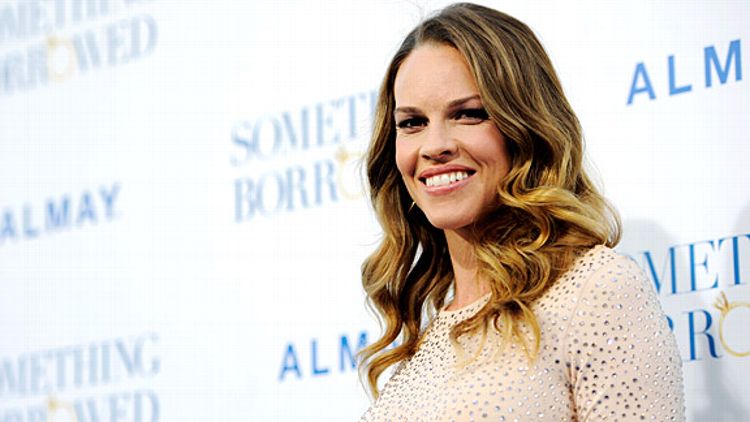 Washington may have ceded space to the Russians, but Hollywood hasn’t: Hilary Swank will produce and star in the comic-adapted Shrapnel, about a solar marine in 2250 who leads an uprising against the solar government, while probably collecting a solar paycheck. Grade: B [Variety]

Jennifer Lawrence is now the top pick for the coveted role of Mark Wahlberg’s crazy love interest in David O. Russell’s The Silver Linings Playbook, about a high-school teacher (Wahlberg) institutionalized for depression and released into the care of his mom. Anne Hathaway, Elizabeth Banks, Kirsten Dunst, Blake Lively, Rooney Mara, Rachel McAdams, Andrea Riseborough, and Olivia Wilde all reportedly tested for the part, but fell out of the running when Lawrence presented Russell with their hands. Grade: A [Deadline]

Warner Bros. and New Line have made the unprecedented decision to not unnecessarily remake a well-remembered classic. The studios have let their option to redo 1981’s John Carpenter-directed Escape From New York lapse, meaning somebody else will probably just go ahead and make it later. Still, let’s enjoy today. Grade: A [Deadline]

Originally scheduled to come out in 2009, Joss Whedon’s The Cabin in the Woods has been acquired by Lionsgate and will finally be released next April. The movie stars a pre-Thor Chris Hemsworth as a yuppie who visits the titular cabin with a group of friends and “discovers something horrifying.” (No Wi-Fi.) Grade: A [HR]

Shannen Doherty will subsidize her upcoming wedding by filming the planning for a reality show on WEtv. Grade: C [EW]