He’s Back: Arnold Schwarzenegger Confirms Terminator 5 (Plus Some Other Stuff) 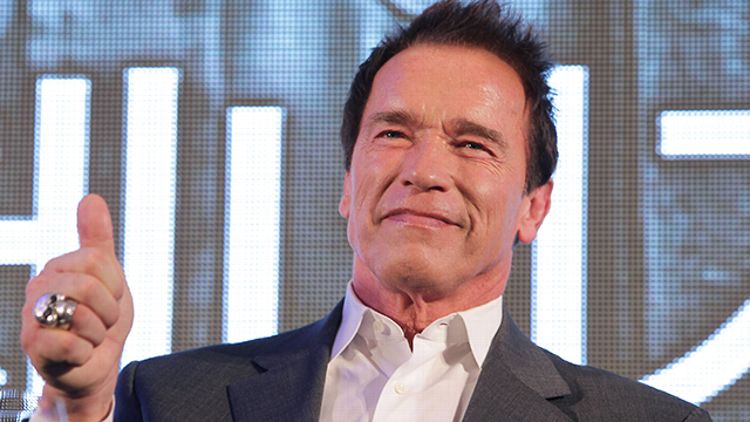 Whatever else we’ll end up saying about Arnold’s comeback, we won’t be able to deny this: The man is not leaving any bullets unfired. After some rounds of your standard Internet chatter and industry gossip, Schwarzenegger has, somewhat out of the blue, confirmed he’s doing another Terminator. Hey, sure, why not?

Speaking with fan site The Arnold Fans (via The Playlist), Schwarzy says, “I’m very happy that the studios want me to be in Terminator 5 and to star AS the Terminator, which we start shooting in January.” Well isn’t this sudden! Now, of course, we don’t know anything about the project; like, is he pulling glorified cameo work, or is he in this for real? But from conjecture to actuality, there you have it: The Terminator rides again. But Arnold didn’t stop there: “I’m getting the script in two weeks from now about the sequel to Twins, which will be called” — wait for it — Triplets. That’s the one that was rumored to feature, oh boy, Eddie Murphy as the third bro, although that has not been confirmed. And while he was at it, Schwarzenegger shored up one more factoid, with a simple “I’m also going to do King Conan.” So … three beloved projects from Arnold’s prime, three arguably craven sequel opportunities. Obviously the field is rife for knocking the dude around a bit (Whadya say to Jingle All the Way 2: Jingle Even Further Along That Same Way as Before, Arnold?). But, hey, come on — he’s just trying, really hard, to get us to like him again.