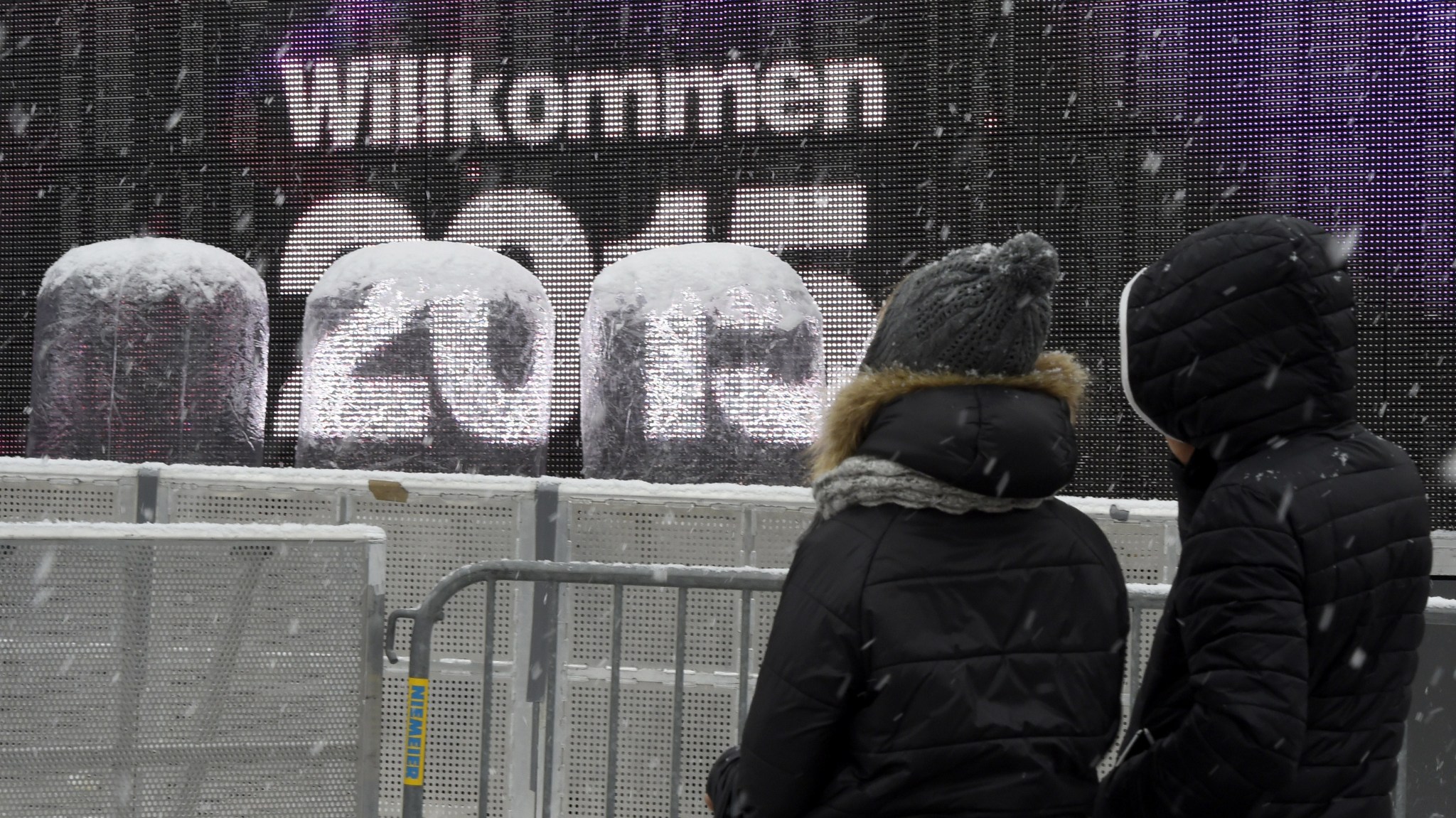 When it comes to New Year’s Eve, there’s just not a lot of gray area. Let’s be as honest with ourselves as possible: Tomorrow night, when that clock once again strikes midnight, we’ll either be enjoying a delightful evening of sparkling wit and sumptuous joy, or suffering through an endless, overpriced, jerk-choked hellbeast of an outing. Probably the latter! To adequately prepare ourselves, then, let’s take a short walk back through some of the various NYEs of our shared pop culture memories. With knowledge, we shall steel ourselves against our inevitable doom.

There’s no shortage of depressing NYE onscreen, but taking the cake may just be Grantland HOF’er Boogie Nights. It’s on the eve of 1980 — the dawn of a decade, the end of an era — that the eternal cuckold Little Bill finally snaps. And when it happens, it’s so gruesome and sad that there’s no way we’re embedding it here now and so quickly bumming us all out beyond reproach. (Do watch it when you get a chance, though, if only for the loveliness of the uninterrupted tracking shot. PTA Week 4ever.) Let’s turn our attention instead to cultishly beloved D.C. rock band the Dismemberment Plan and their 1997 song “The Ice of Boston.”

On “Ice,” front man Travis Morrison sing-talks us through a familiar-enough tale: being all alone on New Year’s Eve, pining for a girl. It’s the particulars that get you. In verse one, he’s sipping champagne, waiting for the sounds of “2 million drunk Bostonians” singing “‘Auld Lang Syne’ out of tune.” By verse two, he’s “buck naked, drenched in champagne, looking at a bunch of strangers” through his kitchen window, his mother on the phone. “She says, ‘Hi, honey, how’s Boston?,’” he says, “Oh, I’m fine, Mom, how’s Washington?” As far as self-aware NYE patheticness goes, T-Morr nails it.

If you wanna go deeper, though, we can go deeper. In Volume 1 of My Struggle, Norwegian Karl Ove Knausgaard’s infamous and wildly popular six-part memoir series, the author takes his time recounting an almost aggressively uneventful New Year’s Eve he suffered through as a teenager in rural Norway in the early ’80s. (The whole anecdote spans something like 14 pages, which sounds like a lot until you note the whole memoir spans like 3,600 pages.)

At that moment, Jan Vidar came in from the living room.

“What’s with this Garfield?” I asked.

“No. I can’t remember a thing. But I see that I must have thrown up.”

“We were watching TV. A Garfield cartoon. Then you got up and beat your chest and shouted ‘I’m Garfield.’ Then you sat down again and chuckled. Then you did it again. ‘I’m Garfield! I’m Garfield!’ Then you threw up. In the living room. On the carpet. And then you were out like a light. Bang. Thud. Sound asleep. In a pool of vomit.”

All of which is to say: As far as neutered suburban party dreams go, it doesn’t get much better than the woes of young Karl Ove.

“Wait!” you cry. “What about the ‘delightful evening of sparkling wit and sumptuous joy’ option?” OK, sure. It’s theoretically possible. Let’s drop in now on the NYE dinner party scene from About a Boy. “On New Year’s Eve, I met Rachel,” Hugh Grant tells us. “She was interesting, smart, and attractive. And for about five minutes, I had her convinced that I was too. It was torture. For five minutes I realized what life would be like if I were, in any way, interesting. If I had anything to say for myself, if I did anything. But I didn’t do anything. And in about 30 seconds she’d know and she’d be gone like a shot … there. She was gone. There was no more to say.”

All he has to do to rope her back in? Pretend like young hippie-nerd Nicholas Hoult is his biological son. See? It’s easy. Get invited to a fancy dinner party, then lie about having sired children, and you, too, can have a wonderfully adult evening of fun and endless possibility!

Another good option? You and your buddy can put in motion an elaborate revenge scheme to destroy the wealthy brothers who upended both your lives as part of a cruel bet. This will involve monkey suits, illicit orange-crop reports, and actual monkeys; then, eventually, one of you will have to end up on a train in a dashiki pretending to be an exchange student from Cameroon going on about “beef jerky time.” Ha ha ha — merry New Year!

OK, back to the depression. On their lovely 2008 number “In the New Year,” the Walkmen’s Hamilton Leithauser insists, “I know that it’s true / It’s gonna be a good year!” There’s more: “I never hear the bad news,” “my sisters are married to all of my friends,” “our troubles are over.” On the face of it, this is some joyful phrasing? But it’s the Walkmen, so, wonderfully, Leithauser still manages to make it sound like he’s singing it all while staring at you dead in the eyes, daring you to be so foolish as to believe it might actually be so.

On the blunter, emo-ier side of things, here’s Death Cab for Cutie’s feelings on it all: “So here’s to the New Year. Well, I don’t see any difference.”

By the way, elucidating the same sentiment with much more aplomb? It’s da gawds Calvin and Hobbes themselves:

And while we’re sort of on the rock-and-roll parade: Technically, the bit in Almost Famous where the always-welcome Noah Taylor bids adieu to the high school kids with whom Russell Hammond has been rolling his face off all night has nothing to do with New Year’s. But it’s still a fun thing to yell at people as you kick them out of your house at 12:07 a.m. so you can rewatch Black Mirror alone: “Ladies and gentlemen, the evening is over. We hope you all enjoyed yourself, and we’ll see you all again in 1974. Good evening!”

And now, finally, to go out on a bit of a high note, it’s the indisputable greatest NYE moment ever committed to screen. What? No, not When Harry Met Sally! It’s the the 14th episode from the first season of The O.C.!

Now sally forth, young people. Go boldly into the NYE night. Most likely, it’ll end with vomit or tears or a healthy dollop of the black nothingness that surrounds us all. Specifically, for us, it’ll end with us buck naked, drenched in champagne. But maybe, just maybe, you will manage to be the sweaty Ryan Atwood to someone’s delighted, still-alive Marrisa Cooper. Um, Happy New Year!

Filed Under: Holidays, The OC, say anything, The Walkmen, Boogie Nights