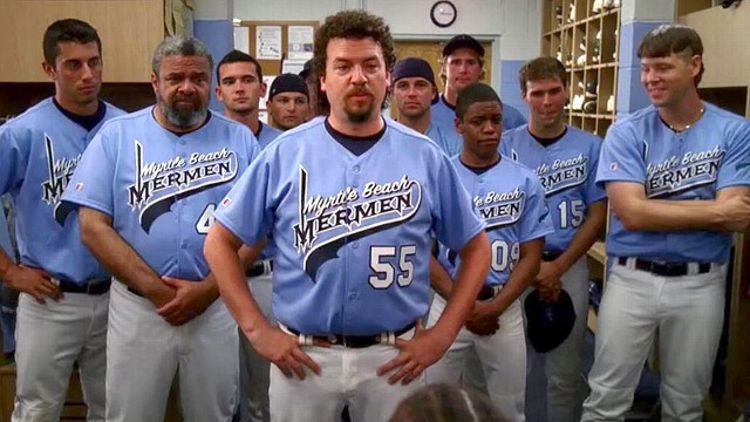 After a mid-decade slump, HBO is back to its starry best on the drama side, finding success by investing in blood and horses. (And, in the case of Game of Thrones, both!) But reinventing its comedy brand has proven to be a stickier wicket. The brain-dead lifestyle porn of Entourage and How to Make It in America was a poor match for the Occupy era, and the twee amblings of Bored to Death struggled to connect with audiences outside of Mr. Ned’s Tailor Shop. More recently, Enlightened proved to be a critical hit, but not yet a commercial one. With the networks still dominating mainstream laughs and nichier, riskier fare succeeding elsewhere on the basic-cable grid, HBO has found itself boxed in and outflanked, unable to settle on a comedy strategy that fits its prestige brand. This Sunday’s debut of a new 10 p.m. sitcom block doesn’t solve the problem, it only serves to accentuate it — albeit in awfully interesting ways.

When I first wrote about HBO’s comedic plight in December, many readers were apoplectic over my oversight of “La Flama Blanca.” And, perhaps, with good reason. The first season of Eastbound & Down was one of the greatest things HBO broadcast in the 2000s, a near-perfect green-lightning-in-a-bottle collision of voracious, munchies-driven talent and indelible, Cheeto-stained character. Delusional junkballer (and Grantland contributor) Kenny Powers was wildly crude, impossibly funny, and very, very high. What he wasn’t, however, was a network mascot, nor was Eastbound the sort of show around which you can build a brand. It was the singular — or triangular? — vision of slaphappy childhood buddies Danny McBride, Jody Hill, and David Gordon Green. Their stubborn devotion to their multichapter bil-dongs-roman is responsible for intensely quotable lines, fanatically viewed YouTube clips, and some deeply affecting Jet Ski montages. But it’s not an easily replicated formula and, in fact, it’s not always entirely successful: The fervid hilarity of the first season curdled in the baking Mexican sun of the second. (Turns out deporting K.P. south of the border was, like a monster truck with suicide doors, a funny idea that falls apart in the execution.) I left Eastbound out of the initial piece because its silliness is utterly sui generis and because the third season would reportedly be its last. It’s hard to plan a network’s comeback on a player facing retirement.

But if Kenny Powers is not long for this world, he’s going out swinging. The first few episodes of the third season are immediately among the show’s very best, an intensely focused frenzy of boogie-boarding bacchanalia. With the Mexican misadventure in the rearview of his tricked-out scooter — it’s no coincidence that the self-published Charros portions of his redemption story are piled up, unsold, and unwanted, in Maria and Stevie’s soon-to-be-foreclosed condo — Kenny has washed up in Myrtle Beach, S.C. For some, the spring-break mecca is the bottom of the cracker barrel, but for K.P. it’s a never-ending spring fling, the type of place where a man can sunbathe with a knife strapped to his thigh and get a handy in the dunes. “There have been many great comebacks throughout history,” Kenny intones in the premiere. “Jesus was dead but then came back as an all-powerful god-zombie.”

And it’s all bong rips and high fives at first: Kenny is mowing them down in the minors while living it up with his new wing-bro Shane, played with finger-banging abandon by Jason Sudeikis. But soon no. 55 is tossed a curveball he can’t handle. After a night of coked-up putt-putt with baby mama April, Kenny awakens to find his lady love gone and a crying Toby Powers left behind. K.P. with a baby — particularly one that looks like “the dude from The Shield. Chiclets” — is terrifyingly fertile terrain, and McBride plays it to the hilt, raising K.P.’s indignant entitlement to Glenn Beck-listener-with-a-hangnail levels of frustration. Borrowing Shane’s aforementioned tricked-out truck (“The Pussy Monster,” natch), Kenny roars back to Shelby with Toby jammed into a book bag (relax, lames, he cut some air holes), hoping to unload this diaper-wearing speed bump to his future success. All our old friends make appearances, from Andy Daly’s anal Cutler to Steve Little’s special-needs Stevie, but the comedy spirals to new levels of mulleted mania. It would be wrong of me to spoil the return of Eastbound executive producer Will Ferrell’s nut-punching Ashley Schaeffer, but suffice it to say it’s the strangest, craziest Fanta-fueled fever dream ever attempted by such a mainstream movie star, culminating in a dinner party featuring Stevie in geisha drag, an African American maid called Mammy, and a fully functioning Confederate cannon.

But if Eastbound is what happens when you invest in idiosyncratic imagination, Life’s Too Short is the result of flattering it until it festers into pure ego. On The Office, Ricky Gervais minted a particular strain of awkward, observational humor with his clueless character as the deliverer of all the (wonderfully) bad jokes and the butt of all the best ones. Now, he’s fobbed off David Brent’s puffed-up self-regard and mockumentary humiliation onto the tiny, non-load-bearing shoulders of Warwick Davis. Best known as the lead in Willow — a justly forgotten fantasy film that, bizarrely, also gets a shout-out in next week’s Eastbound — Davis stars in this misguided Brit-com as a venal, desperate version of himself. Freed from beneath a suffocating cloak of Ewok fur, Davis reveals himself to be a good sport, but his show isn’t nearly as charming as he is, swinging clumsily between cheap size cracks and sub-Office cringes. Worst of all is the presence of executive producer Gervais himself, no longer the source of any comedy, but floating high above it, a smug arbiter of disdain and craven celebrity trolling. Seated strangely behind a glass desk with writing partner Stephen Merchant, the increasingly intolerable star is still preening, only we’re not meant to laugh at him, merely with him at all the terrible, desperate people who arrive at his office like penitents hoping to wash their feet in his BAFTA-riddled Ganges.

That some of these A-listers deliver, such as an outrageously deadpan Liam Neeson, hoping to tackle comedy with the same bullheaded intensity usually reserved for hunting deadly wolves, is practically beside the point. (It’s also, judging by Johnny Depp’s breathless cameo in Episode 2, an outlier.) If Ricky Gervais merely wanted to make funny videos with his friends, he could use Vimeo like the rest of us. By shoehorning these backscratching sessions into a series ostensibly about Warwick Davis, it reveals how barren this shtick has become, too obsequious of celebrity to mock it and too dependent on it to make a show without leaning on it like an attention-grabbing crutch. More than ever, Eastbound shows us how an asshole can be hilarious. Life’s Too Short starts with a formerly funny comedian and then pulls the same trick in reverse.