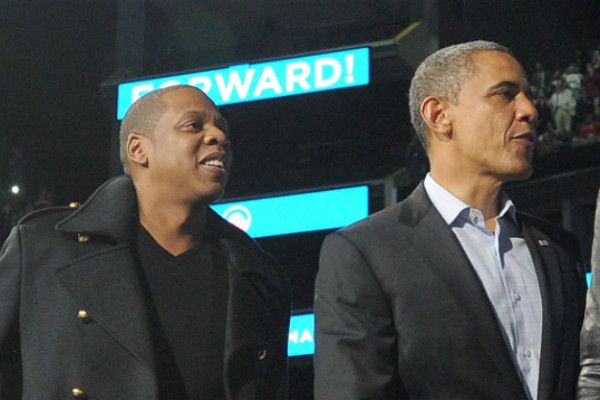 We thought this whole kerfuffle over Jay-Z and Beyoncé’s Cuba trip got good when White House press secretary Jay Carney was forced to respond. (We’ll remember “I guess nothing rhymes with treasury” forever.) But we just got really spoiled. During an interview for the Today show that aired this morning, Savannah Guthrie had the cojones to ask the president about a certain bout of possibly extralegal celebrity Cuban tourism, and instead of Leo squinting at her in stone silence for 45 minutes, he actually responded. My god, this thing goes all the way to the top!

OK, to recap: First, various congressional folks, including Florida Senator Marco Rubio, called out the power couple for going to Cuba despite a semipermeable U.S. travel ban, and therefore implicitly supporting the repressive Cuban regime. Then Jay-Z dropped “Open Letter,” attempting to dismiss it all with a glib wave of the hand: “Obama said, ‘Chill you gon’ get me impeached’ / You don’t need this shit anyway, chill with me on the beach.” And, of course, instead of killing the chatter, that line about conversing with O was actually taken literally, and Carney had to be like, “Yeah, what, no, uh, Barack had nothing to do with that.” And now, finally, it’s Obama’s turn to explain.

Says the Prez, “I wasn’t familiar that they were taking the trip. My understanding is I think they went through a group that organizes these educational trips down to Cuba. You know, this is not something the White House was involved with. We’ve got better things to do.”

You know, I can’t think of a single thing better to do than converse about, analyze, or otherwise involve oneself in Jay-Z and Beyoncé’s travel history. But I’ll take the president’s word for it.

Visit NBCNews.com for breaking news, world news, and news about the economy