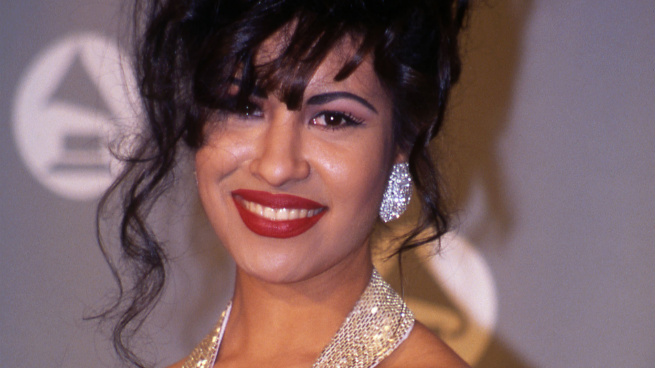 On March 31, 1995, a short, round woman with an unlikable face shot and killed Selena Quintanilla Pérez in Corpus Christi, Texas. This is a thing I will remember for the rest of my life.

Selena was, is, and, were I to guess, will remain for eternity the most beloved female of all time in the Latino community. (Second place is the Virgin Mary, if you’re looking for context.) Today would’ve been her 43rd birthday, and it is actually a real and true holiday in Texas called Selena Day.

An angel on Earth is who she was.

She was a singer and she mostly operated in the Tejano and Mexican cumbia segment of the spectrum, though her gorgeous 1995 album Dreaming of You, which had songs in both English and Spanish, solidified that she’d have been just fine on either side of the fence. In fact, when it first came out it was no. 1 on the U.S. Billboard 200, and that was the first time a Hispanic singer had pulled that off, so way to go for that one, America.

Why Was She So Popular?

1. She was very, very, so clearly very good at her job.
2. It was a job that wasn’t something Latinos were known for doing. I mean, they dominate the Spanish-language music market, of course, but she seemed to have transcended that subgenre. She always seemed aware of her ethnicity, but never fully consumed by it the way that, say, Gloria Estefan was. And that was monumental because it endeared her both to the older community and to second- and third-generation Mexican Americans who were more invested in assimilation, but perhaps most important, it didn’t alienate non-Latinos. (Enrique Iglesias tried to do the same thing, but, turns out he’s a terrible singer.)
3. She looked like (a more attractive version of) us.* I mean, there just weren’t a terrible amount of famous Latinos back then and even fewer super-famous Mexicans,** the predominant subsection of Latinos in the southern United States. The closest we had to rooting for somebody that looked like us on that scale in San Antonio back then was Vinny Del Negro, who only KIND OF looked like a Mexican if you squinted your eyes.

**Really, there still aren’t today. Jennifer Lopez, God bless her, has been going hard for us for, like, 100-odd years. She’s still here. Besides her, there are maybe six or seven.

Selena, at age 23, was murdered by Yolanda Saldivar, very much a true goblin of a human. Saldivar was actually the president of the official Selena fan club and the manager of several Selena-based clothing boutiques, but she’d gotten fired for embezzling money from both. Three weeks after the firing, she met Selena at a motel because Saldivar was supposed to hand over some financial records she’d been holding. Instead, she lied about being raped and then shot Selena. I can’t think of a person more universally despised in the Latino community than Saldivar, except for maybe La Llorona and also maybe Derek Fisher and the rest of the 2004 Lakers.

Saldivar did an interview with 20/20 after she’d been convicted of murder. I remember watching it at my house when it came on the first time. It was an atrocity. I’d never seen anyone so bad at lying. It was infuriating to watch. It still is today. The whole thing is available as two parts on YouTube. Watch it, if you want. It’s the closest we’ll ever come to video footage of the chupacabra.

Do You Remember Where You Were When Selena Died?

Of course I do. Everyone in Texas does. It’s wired into my brain forever. I was in high school at the time. We were riding on a bus back from a field trip when the news came on the radio. Everyone was shocked. Nobody knew what to do or say. The only person who did something was a boy named Jeremy Quintanilla, who had spent the better part of a year or so claiming that he was second cousins with Selena. He immediately tried to make himself cry. It was the worst. Everyone was like, “Shut up, Jeremy.” I wonder what happened to him. He’s probably lying to a new group of people right now at this very moment about Selena. Jeremy would fuck up Selena Day.

Bro, yes. The closest I have ever come to divorcing my wife was when she told me she didn’t really like Selena.

Two weeks before she was shot, Selena performed at an event called the Spurs Stay in School Jamboree (this was about two weeks after her iconic performance at the rodeo in Houston, a concert that drew more than 61,000 people). I’d gone there with my friends because we all openly loved the Spurs but also because we all secretly loved Selena. Also, everyone always talked about how big Selena’s butt was and we knew she was gonna be there and so, I mean, we were 14 so whatever, we wanted to see in person. This was before the Internet revolutionized looking at butts.

OK, Give Me Two Songs to Listen To.

What do you mean, “so what now”? What now is that you pay respect for the rest of your life, is what now. Go buy some albums, maybe date a Mexican for a few months, get a Selena tattoo, whatever. I don’t know. I’m not the king of Selena Day.