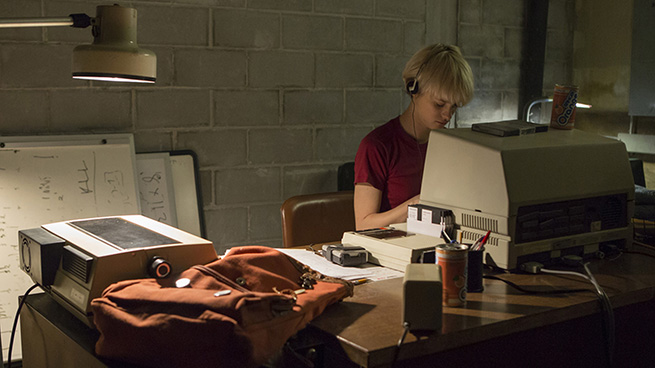 who wants to help me program an Adventure style Infocom game to send to AMC about renewing Halt & Catch Fire? @emilyyoshida @rianjohnson

It’s approximately 7 a.m. in Los Angeles, California. You’re still in bed, working on your laptop, drinking a kale-date-almond smoothie and making Internet dreams happen on the pop culture blog you edit. Suddenly, a familiar tritone bing chimes from your iPhone on the bedside table.

You are now holding the iPhone.

A friend has alerted you to the following tweet:

For some reason, AMC says it has ordered a second season of Halt and Catch Fire.

You are beginning to feel all the telltale signs of entertainment-related euphoria: increased heart rate, heightened emotions, a sudden need to type in all caps all the time. But you are also a professional and realize you need to verify this so-far-unsourced report.

A TV Line report with the headline ‘ Halt and Catch Fire Gets Season 2’ turns up first in the search results.

The URL is now on your clipboard.

Are you sure you want to do that? You will be emailing several of your coworkers who do not care about the fate of the television series Halt and Catch Fire, and a few, including your boss, who have been actively, publicly rooting against it.

The email has been sent.

'Coherence': The Best Sci-Fi Movie of 2014 That You Haven't Seen

Nicki Minaj Reclaims the Twerk in the 'Anaconda' Music Video