Lightning Round: Did Anyone Watch the ‘Halt and Catch Fire’ Finale? 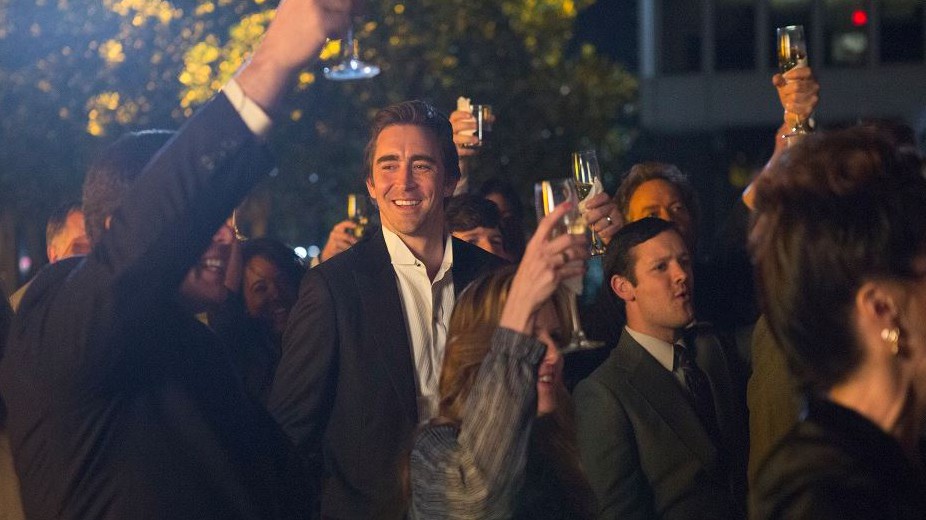 Last night, Halt and Catch Fire very quietly aired its season (and perhaps series) finale. This realization prompted questions: Did anyone at Grantland actually stick with it? Was anyone fully caught up? Will this be another one-and-out AMC show? Did things work out at Comdex? Lightning round, go:

Mark Lisanti: I’m two episodes behind. Or is it three? Did they go to Comdex yet for the greatest nerd-party since Val Kilmer slooshed down that indoor waterslide in Real Genius and taught everybody valuable lessons about loosening up?

But I’m notoriously hard to shake as a viewer. I stick with you. I’m the dog you kick who keeps coming back week after week for more because I’m still stupidly curious about the manner and intensity of the next kicking. Damon Lindelof’s going to have to burn down my house with smoldering Marlboro butts before I quit The Leftovers. I am sad and very lonely. Kick me again, nerds. I made it through four hours of Tyrant. I can survive anything.

Mallory Rubin: Hey now. Rubicon was fun! But you know what really hurt that show? The leading man’s questionable hair. Well, Halt and Catch Fire is suffering from the same affliction. Lee Pace is a beautiful man. He’s probably the first man since Ernest Hemingway who’s been able to pull off a mustache unironically, but even he can’t work with the horrid ’80s ’do this show is forcing him to rock. How am I supposed to focus on his sexy chest scars and his fierce drive when I’m too busy wondering whether anyone who’d spent his morning in a cloud of hair-spray fumes would really be allowed to spearhead a business plan and handle microchips?

Juliet Litman: Maybe Mallory is being generous. I’m also a Lee Pace fan, but is he a TV show killer? I loved Pushing Daisies, and that lingering affection was my only motivation for considering watching Halt and Catch Fire, but maybe he’s the problem. He’s pleasant and unobjectionable, but does he offer anything unique? There’s nothing wrong with him, but he was the weakest link on that show.

Andy Greenwald: I’m embarrassed to say how early I bailed. Did they win the Revolutionary War yet?

Bill Simmons: You missed it — the Revolutionary War passed through Detroit as some Patriot policeman did some dark things. Is it possible AMC is trolling us?

Rembert Browne: I loved every second of this show, but my favorite part was when Saverin walked into that room and was all “MARRRRRK” and then slammed the computer down. SO INTENSE.

Rubin: Whoa, Juliet … HOW DARE YOU SPEAK ILL OF THE PIE MAKER?!? What would Chuck say? (I suppose I should mention that I’ve stuck with Halt. I’m two episodes behind, but I’ll finish it.)

(He doesn’t get ALL of it. They’ll probably let Chris Pratt keep half a mil or something.)

Greenwald: How much is that in space-units?

Litman: I think it’s obvious that Zoe Saldana is the success secret sauce, not Pace. She’s part of three gigantic franchises: Guardians of the Galaxy, Avatar, and Center Stage.

Emily Yoshida: You all can halt and catch a mild, lingering summer cold that refuses to go away, because this show is great. I almost cried when Pace cried when he saw the Mac for the first time at Comdex; Scoot McNairy’s facial hair makeover in the finale is arguably a more disturbingly pale smoothness than whatever is happening on The Strain, a show I don’t watch; I’d watch a Season 2 if it was just about Mackenzie Davis and Kerry Bishé creating Zynga. I feel like everyone was ganging up on this show to begin with because it had a weird name and was about computers instead of throwing rocks at ladies’ heads, and I feel like that’s a problem with humanity that we’re probably going to be reaping the damages from in the next 20 years. Too bad none of you guys halted and caught Halt and Catch Fire fever. You will never Blom true Dorf. Yoshida out. [Drops mic.]