‘Guardians of the Galaxy’ Will Feature Josh Brolin As Thanos 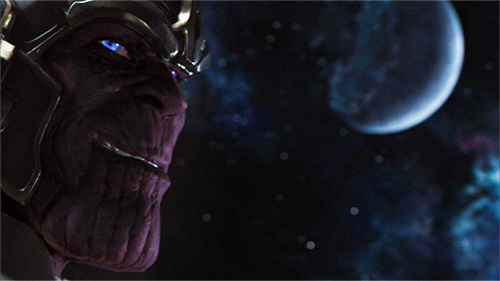 Guardians of the Galaxy has a big baddie we haven’t seen in the trailers, and he goes by the name of Thanos. That fellow, who popped up during the credits of The Avengers and will quite likely return for The Avengers: Age of Ultron, is now reportedly going to be voiced (and probably motion-captured) by Josh Brolin. “Thanos is referred to as the ‘Mad Titan’ in the comics for attempting to wipe out the entire human race with his Infinity Gauntlet, capable of manipulating time, space, reality and even the human soul,” writes Latino-Review.com. Whatever you say, man. Just about any comic book role will do when it comes to washing Jonah Hex off the ol’ reputation.

Need to see your favorite Game of Thrones characters ’80s- and ’90s-ified? Cool, you’re all set!

Netflix will have a lot of new stuff in June, including Rudy, Escape From Tomorrow, Harriet the Spy, My Girl, Spike Lee’s Oldboy, Ever After, Wayne’s World, Season 2 of Ricky Gervais’s Derek, and The Adventures of Milo and Otis. Also: Sherlock Season 3.

This is the final Edge of Tomorrow trailer.

Unnecessary & Unrequested, Part 3: Bieber x Migos. What is this day, even?
https://www.youtube.com/watch?v=5z0-Mj60hSE

“I’m not going to lie — I Google myself daily. I know exactly what’s out there. Most of it’s rubbish and it’s really hard for me not to respond, because I feel cleverer than the people who write crap about me.” —Lily Allen, honest celebrity

Poison’s Bret Michaels, no stranger to health scares, was rushed offstage during a performance in New Hampshire. The culprit: extremely low blood sugar.

And this is just Kelis’s “Milkshake” making a weird cameo at the spelling bee. It happens.

Songs of the Week: Even One-Third of a New Kanye Song Is Worth It

'Game of Thrones' Recap: The Rumble in the Red Keep