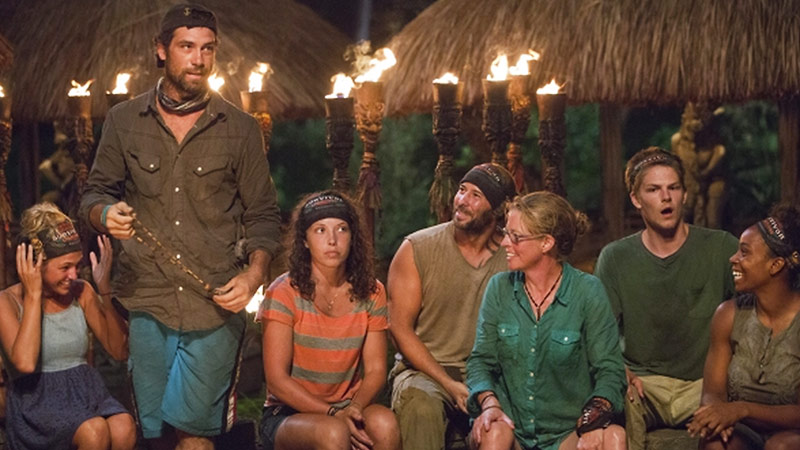 Hey MTV, what the hell is up with The Challenge? The trailer was underwhelming, you haven’t released much other video, and YOU’RE ACTING LIKE LEROY ISN’T ON THE SHOW. Why have “America’s Favorite Trash Man” on your program if you’re not going to promote the fact that you have “America’s Favorite Trash Man” on your program? We’re now less than a week away from the Challengoliday, and we at GRTFL headquarters are dying for more promotional material on which to chew. We did get a good look at CT’s jump shot, though: 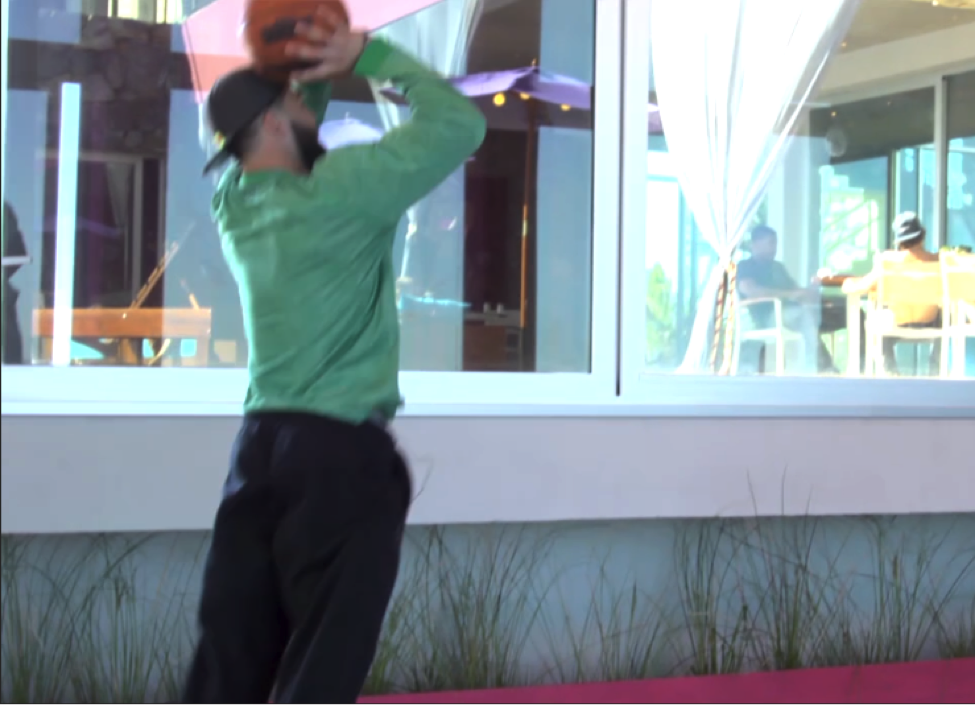 His left elbow needs to be tucked in, his balance needs improvement, and his right hand needs to be under the ball. Based on this one frame, I’m almost positive I could beat CT one-on-one; I’m also 100 percent positive he could beat me at every single other competition known to man.

Is it possible there simply isn’t much for MTV to promote? Will this season be a letdown? I just find it so hard to believe that Hurricane Nia, Camila, Isaac, Leroy, Laurel, Jasmine, and CT could all go to Uruguay for a couple of months and not constantly try to kill or coitus each other. Fear not, though: In lieu of a full-on The Challenge preview this week, I’ll include the rules, the draft results, and the debut episode breakdown in next week’s column.

This week, let’s take a quick glance around the reality TV landscape, starting with Oprah, Lindsay Lohan, and the realest of real talk.

Oprah Drops the Hammer on Lohan

Did you know that Lindsay Lohan has a reality show called Lindsay? Well, she does. For real. And it’s excellent. There are basically three story lines:

Her assistant is the best part. Here he is, getting yelled at by Lohan: 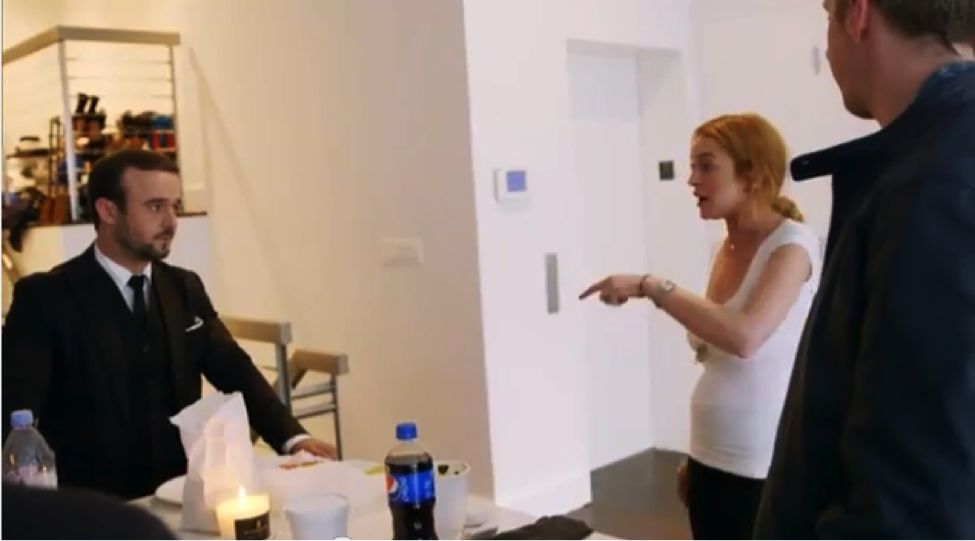 The dude is wearing a three-piece suit, a tie, and a pocket square. HE GETS DRESSED UP TO HAVE LINDSAY LOHAN YELL AT HIM. His entire story line is based on the fact that Lohan won’t talk to him. He keeps repeating over and over that he only needs five minutes in the morning and five minutes at night in order to do his job, but she won’t give it to him. When he finally does get a little bit of her attention, he complains about not getting her attention. He takes his job VERY seriously. You know who doesn’t take her job very seriously? Lindsay Lohan.

After not letting the crew into her apartment to shoot for the bazillionth time, she got an Oprah visit. You see, Lindsay is on OWN, which stands for Oprah Winfrey Network, so when Lohan doesn’t let the crew shoot her show, she isn’t just screwing over the director, the camera ops, the sound folks, and the Suits; she’s screwing over Oprah. And Oprah does not like to be screwed over. So, it was time for Oprah to visit Lohan and drop the hammer:

There is no greater human being than Oprah Winfrey. She’s the only person in the world who can tell you “cut the bullshit,” “you’re not going to fuck up,” and “you don’t have head intelligence,” and have it come off like a pep talk. I think this was probably Oprah’s final appearance on the show, but it’s still worth checking in on, if for no other reason than to watch a man get dressed to the nines so he can be professionally yelled at by Lindsay Lohan. It’ll really make you feel better about your position in life.

Brian the Berserker Won a Fight Against the Real World House (Not the People in It; the Actual House)

This week marked the end of a dramatic, innovative, and altogether excellent season of Real World. It also marked the first time that Real World security guards considered calling for backup. If you don’t know who Brian is, here’s a primer: He’s a gigantic gym rat whose vocabulary masks his insanity. He seems to constantly be putting 100 percent of his effort into bottling his rage, but he lost the battle this week.

It all started with a few drinks at the nightclub, but it ended with bodyguards escorting Brian out of the house. In between was berserking. Lots of berserking. This week’s GRTFL Top Five is the Top Five Things That Brian the Berserker Attacked While Berserking, listed from “Oh, he was just letting off some steam” to “I didn’t know you could even attack that:”

5. Bottles: He smashed some bottles. No biggie.

4. A bed frame: An odd object to attack, but again, not that big of a deal: 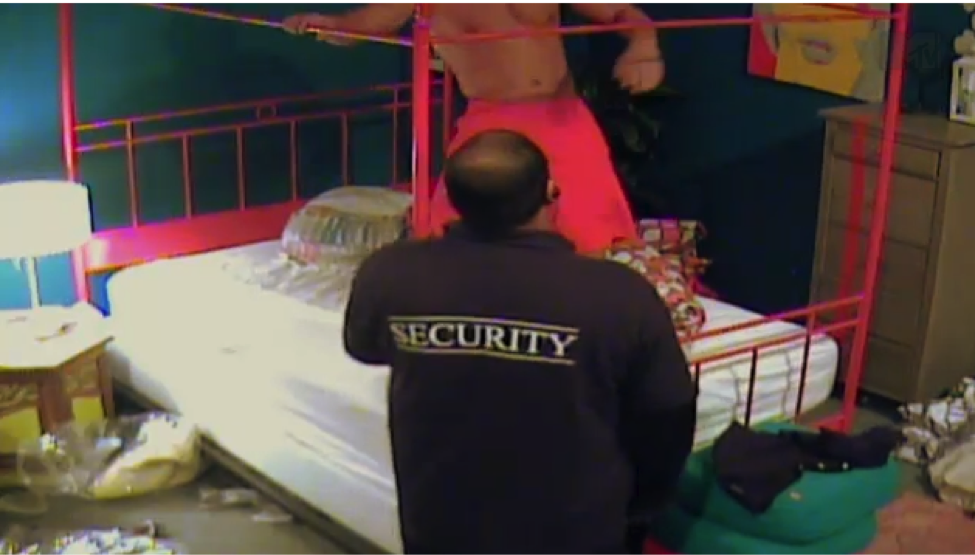 2. Security guards: This is where it started to get really weird. I honestly think the security guards were a little shaken. It was like a janitor looking at a bathroom after a toilet has backed up and saying, “You know what? I quit.” These security guards wanted NO PART of Brian the Berserker. I didn’t either. I was afraid he was going to come through the screen and start berserking on my living room. I considered not even writing about it, because that’s how scary Brian the Berserker is. Please don’t berserk me, Brian. I mean no harm. 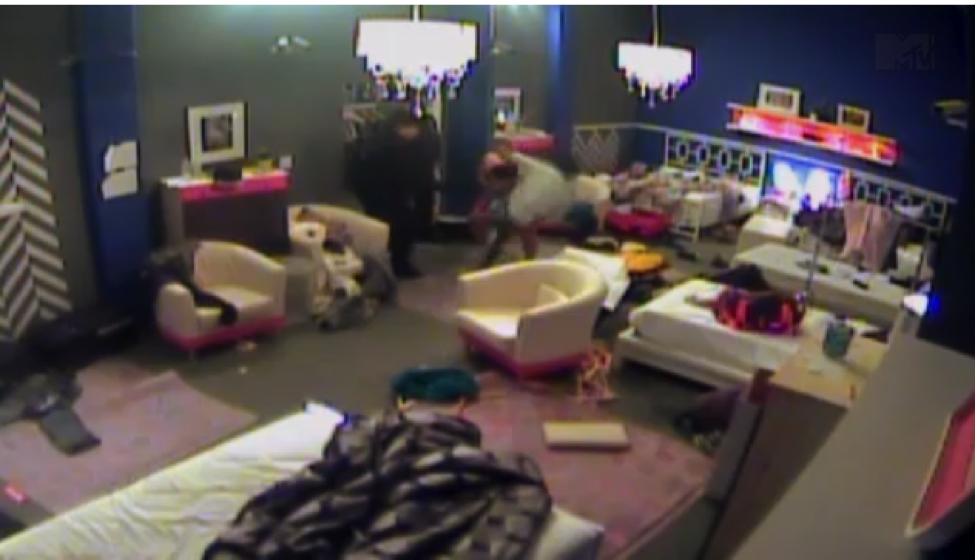 The dude picked up Arielle and body-slammed her. He body-slammed a woman on national television. As he’s doing it, you can see one security guard actually back up in fear while the other intervenes.

Brian the Berserker’s berserking was a depressing way to end an otherwise excellent season. I wonder what next season’s format will be. Will every cast member be joined by his or her parents? Pets? Enemies? Therapists? Bosses? Excited to find out.

Tony Gets Double Diced on Survivor

The Dice: Tony the Cop With the Terrible Tribal Tattoo has proven— Actually, wait. Seriously, check out his tattoo, it’s terrible: 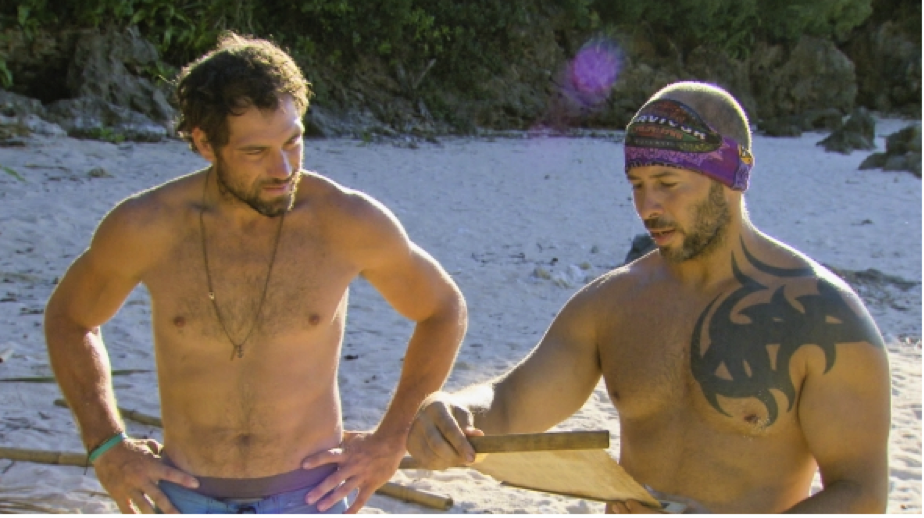 Anyway, Tony the Cop With the Terrible Tribal Tattoo has proven to be an ambitious player who’s skilled at reading people, seeing the chessboard, and making devious moves to advance his alliance’s position. He found an Idol, lied about being a cop, later admitted to being a cop without repercussion, tricked everyone into not trusting Jeremiah, and pulled off an all-time dice at this week’s Tribal. Well, almost.

With only 11 castaways left, this week’s Tribal was bound to be especially pivotal by pitting an alliance of five against an alliance of six. The prevailing theory around camp was that the alliance of six was going to vote off the strongest member of the alliance of five: LJ or Tony the Cop With the Terrible Tribal Tattoo. Being astute, Tony the Cop With the Terrible Tribal Tattoo knew he was in the minority alliance and saw that either he or LJ would be on the wrong end of the vote, so he crafted a plan.

Only, they weren’t ready for the double dice.

The Double Dice: The majority six must have somehow seen this coming, because when they decided to vote for “the other one,” they weren’t actually voting for “the other strong member of the minority alliance.” “The other one” was Jefra, a Kentucky pageanteer. DOUBLE DICE!

I was so excited about the double dice that I didn’t even see the triple dice coming. Kass the Lawyer flipped, voting out majority alliance member Sarah. TRIPLE DICE!

Next Thursday, THE CHALLENGOLIDAY arrives, and we’ll find out if MTV has been double dicing us with these underwhelming previews. I’m going to give Survivor a rest and go all in on The Challenge in the next GRTFL, and I can’t wait. Until then, enjoy your weekend.