‘Grey,’ ‘True Detective,’ and the Decline of the Alpha-Male Myth 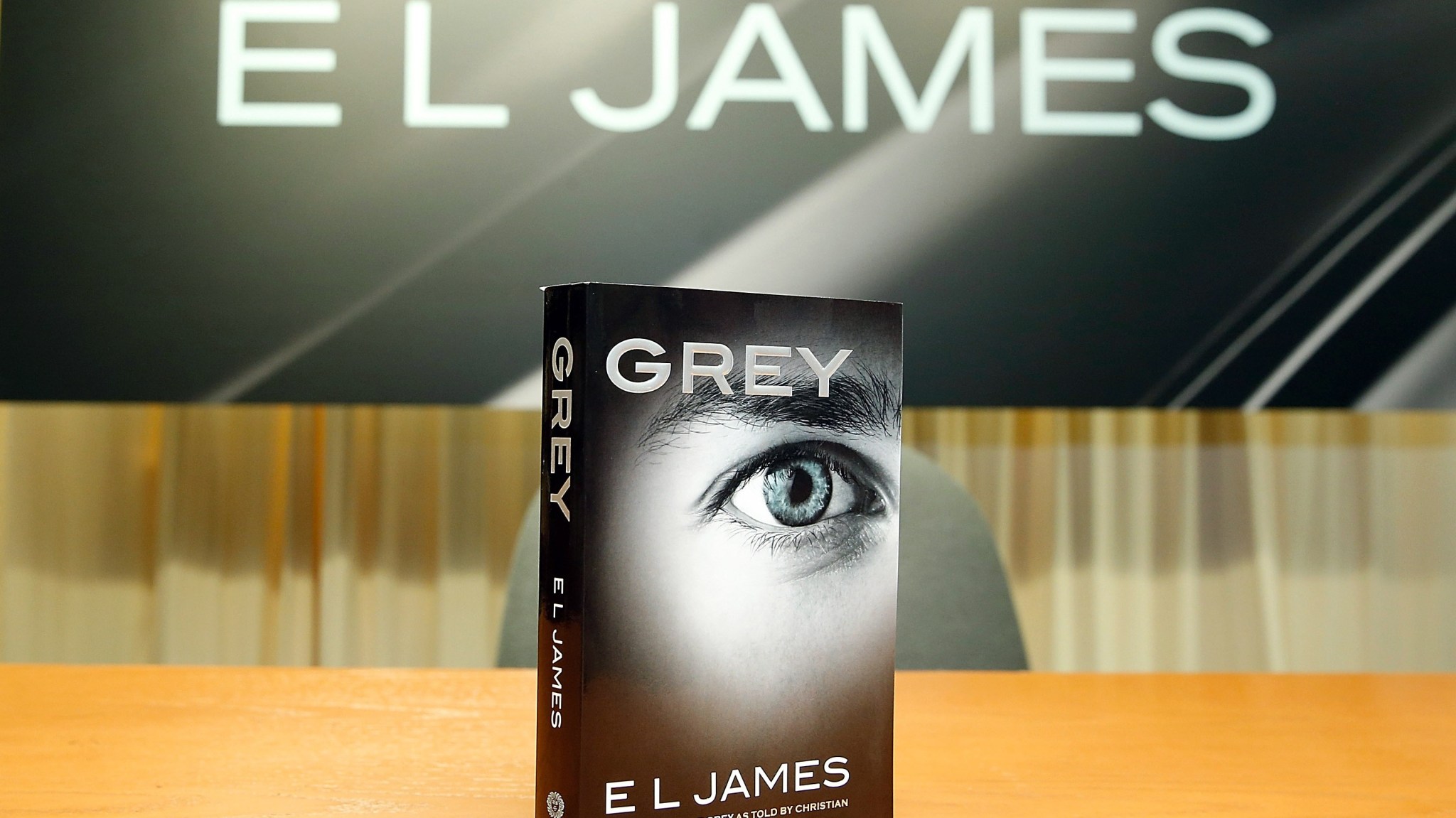 What defines the alpha male? It’s a question that dominates popular entertainment and lies at the heart of breakout erotica hit Fifty Shades of Grey’s pseudo-sequel Grey and HBO shows Ballers and True Detective alike. The obsession with Difficult Men has often been traced to the difficult men who create them, but E.L. James’s creation reveals that alpha maledom is an obsession for some women as well. Her new book, Grey, retells the events of Fifty Shades of Grey in excruciatingly similar detail to the original, but from the point of view of wounded businessman Christian Grey rather than original protagonist Anastasia Steele. Anyone hoping this book would provide new scenes or deviate in any substantial way from the original will be disappointed. Some of the book is made up of previously published Ana-Christian emails, albeit this time giving us insight into what Christian was thinking while writing them.

Maybe James likes writing as her alpha male alter ego because it allows her to fantasize about what it would be like to be an alpha male. In her imagination, it involves a big swinging dick that guides Grey like a divining rod. It’s clear that James loves her creation too much to condemn him, and he shares a trait with other fictional alpha males: He’s broken inside. The idea that all alpha males are broken is a way to have one’s cake and eat it too. It forgives dickishness with a reasonable explanation that excuses said dickishness. The new season of True Detective has been criticized for doubling down on the Bad Man trope with two new characters, Colin Farrell as Ray Velcoro and Taylor Kitsch as Paul Woodrugh, who brood and act badass all over California’s highway system. And predictably, Ray and Paul aren’t really bad — they’re just drawn that way. Ray is upset over his potentially rapist-fathered ginger Cartman of a son being “a fat pussy,” and Officer Paul is so conflicted about some unknown thing that he cannot even stop brooding long enough to enjoy a blowjob. They typify the Difficult Man: rugged, troubled, incredibly skilled. But Ray and Paul are also, like all difficult men, losers. Alphaness is a kind of cage, requiring men to pretend to be what they think real men are like — strong and stoic.

But nobody is born a lumberjack, and smothering the tiny scared baby who lives inside your adult brain won’t stop you from feeling sad. In True D, the male characters are all, in some way, impotent or cuckolded. Ray’s kid was potentially fathered by a criminal. Paul takes Viagra in order to have sex. Frank (Vince Vaughn) can’t get his wife pregnant because he shoots blanks. In the Fifty Shades “saga,” Christian Grey can’t have a relationship that isn’t defined by a lopsided power dynamic. They aim to be doms, but they live their lives as submissives — enslaved to their own urges and incapable of finding compromise.

What Grey tries to suggest, like many romance novels, is that the dynamic between Christian and Ana is not completely asymmetrical but actually in some way equal. Grey’s desire to torture Ana sexually for his own pleasure is spurred, in his own mind, by his belief that she is torturing him by merely existing in his presence. Ana, we know from the original books, is not willingly leading him on or attempting to seduce him. One of the book’s many improbable bends into fantasy is that Christian is singularly obsessed with Ana to the exclusion of all other women, precisely because she is so unaware of her effect on him. But while Christian seems to think they are doing a dance, Ana really doesn’t mean to provoke him. She dresses modestly, she falls down sometimes, and she bites her pencil in a way that Grey finds irresistible. He is drawn to her obvious innocence (she’s a virgin) and he desires to corrupt her — the definition of a calculated power move.

Ana is dumb, but she’s not stupid — she repeatedly accuses rich bachelor Christian of trying to collect her, to buy her the way he buys everything else. And her resistance to his charms just eggs him on at every turn. She’s not materialistic! She doesn’t immediately bow to his will! But there are times when Ana seems legitimately creeped out by Christian’s willfulness, his refusal to take no for an answer. Even as sexual fantasy, it’s a bit of an odd dynamic. Christian is a blank, a yuppie businessman in the mold of Patrick Bateman. He is, indeed, a capitalist poster boy — he likes expensive toys of all kinds; helicopters, furniture, and floggers. But he’s haunted and insecure. “Hold it together, Grey,” he says as a mantra when he risks losing control of the “Christian Grey” image.

Ana also seems interested in breaking Christian — breaking him of his insistence that he can only experience pleasure through her physical pain. She says it to him multiple times: “I just wonder what you would be like if you hadn’t met her. If she hadn’t introduced you to her, um, lifestyle.” Ana never feels fully comfortable with Christian’s lifestyle, and so the reader doesn’t either. There’s a historic trope in erotic fantasy of women being forced into sexual acts only to find out they enjoy them. Grey never really demonstrates that Ana does enjoy it. She is conflicted at best. Both the first book and Grey end with Ana walking away having had enough. Which would be great, if it weren’t followed immediately by two more books where she is forced into second thoughts. Christian Grey lives life on his own terms or not at all, and it’s an appealing fantasy of male power and wealth privilege. But it’s also miserable, for himself and everyone around him. A lot of romance novels feature alpha males because they are seen as the only worthy victors of the hearts of alpha females. And yet again, there’s that self-abnegating strain of thought — that what a controlling woman really needs and doesn’t even know she needs is an even more controlling man. This is different from a romance between equals, in which compromise on both sides is inevitable. The terribly written caveman romance between the leads of Jurassic World stuck to this script, which was why it felt so deeply unromantic and gross. Big dinosaur eats smaller dinosaur.

If women are socialized to get off on the idea of being controlled and dominated sexually and emotionally by a man, it shouldn’t come as a surprise. It’s pretty much the only idea they’re ever told is appealing by culture. Ana loves Thomas Hardy — she tells Christian that her favorite book is Tess of the d’Urbervilles: A Pure Woman Faithfully Presented, and Christian reads it. Tess went against the sexual mores of Victorian England with a heroine whose loss of virginity occurs when she’s raped by her evil cousin Alec. The rest of the book concerns Tess’s pure love affair with a guy named Angel, who rejects Tess when he finds out her backstory and then regrets it, only to find out that it’s too late. She kills Alec when he arrives to be executed. You’d be hard-pressed to call Tess erotic or even very romantic, but it is interesting and very much like Fifty Shades, a book about sex and money.

Grey and Fifty Shades are also reminiscent of two classic works of romantic fiction authored by supposed virgins: Charlotte Brontë’s Jane Eyre and Emily Brontë’s Wuthering Heights. Wuthering Heights in particular seems like a key influence — the tumultuous abusive relationship between Heathcliff and Cathy is frightening in its power, even beyond the grave. But Emily Brontë writes in a way that makes the sensuous, twisted mess compelling. James wants to suggest the otherworldly bond between Ana and Christian, but the writing is repetitive and only superficially suggestive of a link between souls. These books are not about sex based in any kind of experience. They’re about fantasy forged from the scraps of a million preexisting fantasies in the cultural ether. And they are not malicious, exactly. Not everyone who wants to be tied up in private desires to be controlled IRL, but it’s not a coincidence that mainstream sexual fantasies center on men dominating women. And Grey plays into a strain of internalized misogyny: the idea that a woman might not know what’s best for her. Mind you, these books are written by a woman who now controls her own small empire of publishing and didn’t enjoy seeing her books tied up by a studio.

Not all asshole behavior is motivated by background. Some people are just assholes, lacking empathy, wired all wrong. Not all difficult men are hurting inside, and not all men who hurt inside are difficult, at least not in a way that involves acting out by beating up your son’s bully’s father. But I maintain that there’s something enjoyable about seeing the alpha-male trope play out — an imaginary freedom of impulse to follow whatever desire you have; pure id. People expect tall, good-looking men to be good at stuff, and those guys often get rewarded before they have proven their merit because of other people’s belief that they’ll succeed. Yes, it’s a tiny violin of pressure for anyone not afforded these privileges, but it’s part of the problem: Our definition of what a successful human looks like needs to expand. Alpha maledom is so deified in culture that it’s easy to forget that it doesn’t really exist. Which leads to a truly masochistic thought: Is E.L. James going to write the other two books from Christian’s perspective as well? Just write more books of original scenes with the characters instead, please, I’m begging you.

Run to the Devil: The Ghosts and the Grace of Nina Simone

Songs of the Week: SCOTUS 5-4 EDITION