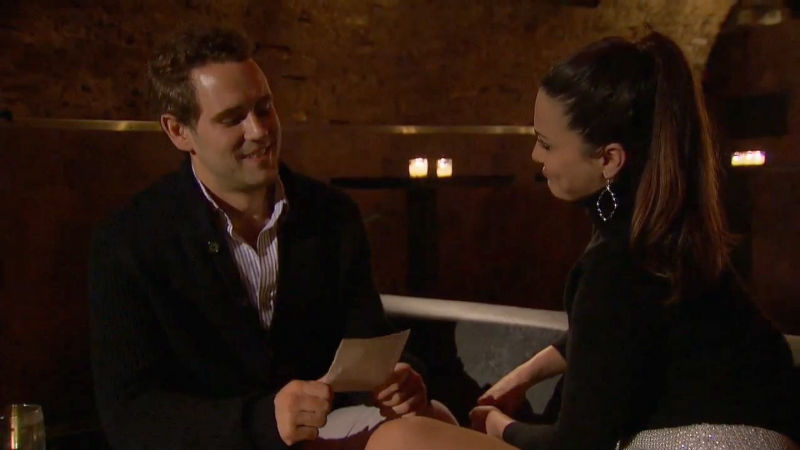 It’s been an eventful week in reality TV: Zach from The Challenge might have died, Johnny Reilly from The Challenge might be the the luckiest person on earth, and The Bachelorette’s Normcore Nick might have written the worst poem in the history of the franchise. Actually, Normcore Nick did write the worst poem in the history of the franchise, and anyone who saw Des and Chris demolish the word “poetry” forever with their attempts last season knows that this is no small feat. But before we get to all of that we have to start with the GRTFL stalwart, the bandannaed banana, Johnny Bananas. Like Diego Maradona in the 1986 World Cup, this week Bananas was also assisted by none other than the “hand of God.”

We all knew that at some point in his life Johnny Bananas would be involved in an intervention. We just never thought it would be divine intervention.

You see, old rivals CT and Bananas once again faced off in a Challenge season with everything on the line. These two have quite a history, most notably the time when CT put Johnny on like a backpack and almost ended his life: 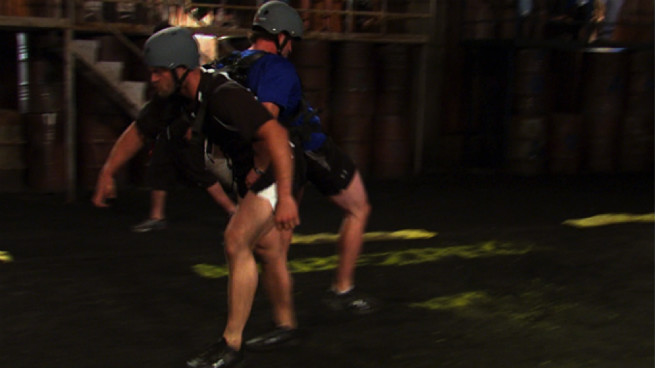 Bananas has no chance in a physical challenge against the mighty CT unless it involves drinking, wearing bandannas, or — actually, that’s all Johnny is better than CT at physically: drinking and wearing bandannas. Bananas isn’t exactly better than CT at mental competition, either. When Bananas saw that the final elimination round of the season would be a series of puzzles, he wasn’t exactly excited about his chances. For a man with the build of an armoire, CT is sneaky good at solving puzzles. Bananas was toast until he was guided by the hand of God. “I get up there and I look at this puzzle and my hands just start moving without me even thinking.” Possessed, inspired, whatever, Bananas caught the spirit of the Challenge ghost and blew through the puzzles, sending CT on the plane home. Don’t worry, though: CT told us he planned to “train hard and come back stronger.” If he gets any stronger, hairier, and more prone to eat human flesh, CT will scientifically be an actual, real-life grizzly bear.

Normcore Nick continued the long-standing tradition of terrible poetry on The Bachelorette. Somehow, someway, men on this show get the idea that women can be wooed with poetry. The thing is, like singing, poetry isn’t everyone’s strong suit. Poetry certainly isn’t Normcore Nick’s strong suit. Case in point:

When I see you I smile

When I see you I blush

When I see you I get nervous

When I see you my chest bursts with excitement

When I see you I see beauty

When I see you I see strength

When I see you I see purpose

When I see you I see a future

Normcore Nick, allow me to retort:

When I heard this I hated you

When I heard this I wanted to change the channel

When I heard this I thought, Does she know how much this sucks?

The only thing worse than Normcore Nick winning the show, getting engaged to Andi, and being a part of my life for years is him becoming the Bachelor. Josh has so much more Bachelor potential. I can totally see him sleeping with 13 women, making them all fight, and then deciding he isn’t ready for marriage.

I think I just watched Zach die on The Challenge. Not kidding. When he was in a raft with Devyn going through a rapid, they capsized; Devyn was scooped up by the rescue raft while Zach, well, no one knows where Zach is, until we see this: 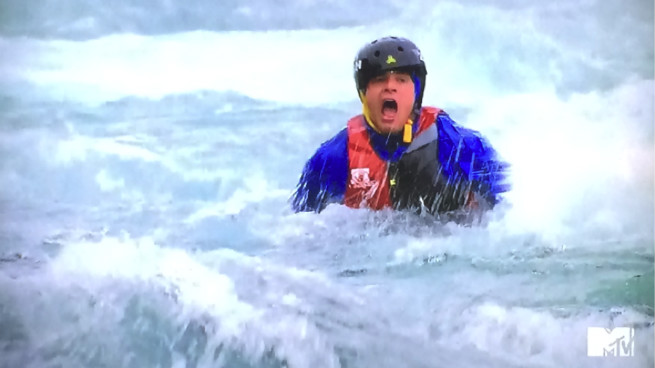 Then the episode ends. Now, normally the cliff-hangers on this show are super-dumb. They are either “Who will get voted into the elimination?” or “What type of splash will Cohutta make when he falls off this thing?” This week, they ended the episode with “Will Zach die?”

For the future of our species, I hope that Zach is not removed from the gene pool. We will need him and his kin in the war against the aliens.

Chris Harrison has an interesting job. He travels the world for months and is tasked with about, I don’t know, four hours of work a week. And by “work,” I mean telling a bunch of dudes in suits, “There is only one rose left. If you do not receive a rose, say your good-byes and exit immediately” or whatever. He can be replaced easily. His VORH (value over replacement host) is almost zero. However, he does have his moments. The way he handled Juan Pablo’s delusions during the live taping of “After the Final Rose” was deft, smooth, and professional in a tough spot. This week on The Bachelorette, he had another subtle, almost unnoticeable, moment that pushed his VORH ever so slightly above zero.

When they arrived in France, Chris and Andi had the ol’ state of the union checkup. It was there that Harrison tactfully extracted a predictable but telling revelation:

Chris: “Are you falling in love?”

Chris: “You are busted. May I ask a difficult question?”

Chris: “That is the crazy thing about being the Bachelorette.”

Johnny Reilly is lucky he was in the draw seven times and never selected the kill card. I tried to figure out exactly what the probability of that was but quickly remember how fucking complicated statistics are. However, if you simplify it, if you say that Johnny had a 50 percent chance at pulling the kill card every time he tried (I know the chances were lower than that, but ride with me), then he would have a 0.78 percent chance of never pulling a kill card. However, never pulling a kill card is only the second-luckiest thing that has ever happened to Johnny. Those of us who watched Real World: Portland remember the luckiest thing that ever happened to Johnny: dating Averey The Nymphomaniac Hooters Waitress who was way too hot for him. God, I hope she ends up in a Challenge season, or a sex tape.

One question about Josh I can’t tell from watching the show: Was Josh an athlete? They never mention it.

Has there ever been a bigger favorite in the history of sports than Laurel? There is no chance she loses to Devyn or Nany. None. The only way she loses is if she gets disqualified because Zach dies and she doesn’t have a partner for the leg they are supposed to do together. Actually, scratch that: If Zach died, Laurel would complete their leg of the race while carrying his corpse.

There is a long-standing debate in the Grantland office about whether the guys on The Bachelorette pack, bring, and/or select their own clothes. Even though it has been confirmed by former contestants and the producers themselves that they do, I still think that is bullshit. I will never let small details like evidence and/or facts get in the way of my beliefs. I will now call a screengrab from this week’s episode to the stand: 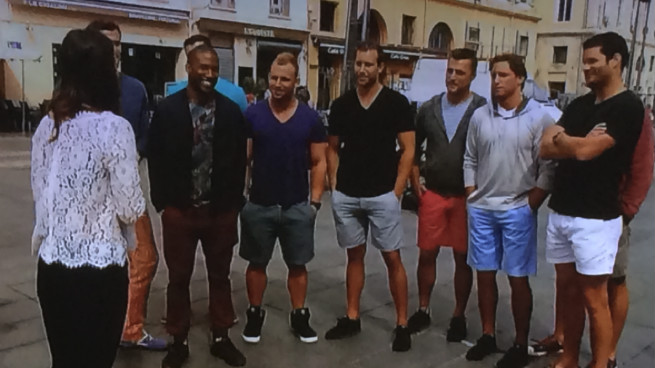 YOU CAN’T TELL ME THAT ALL THESE DUDES JUST DECIDED TO WEAR THE SAME EXACT SHORTS IN DIFFERENT COLORS! You just can’t. This is definitely the GRTFL Questionable Moment of The Week:

That is it for this week; check back next week to see if Normcore Nick continues to demolish the art form known as “poetry,” if Johnny Reilly is lucky enough to actually win the whole show, and if Zach, you know, lives. Enjoy the weekend.

Broken Hart: The Witless, Deeply Unnecessary ‘Think Like a Man Too’