Grantland Reality Fantasy League: How Can We Get You to Watch Small Town Security? 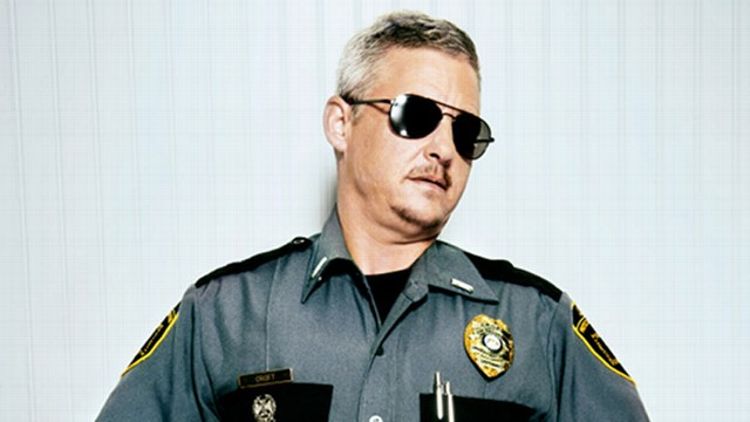 With the return of America’s fifth major sport just a week and a half off, there’s a natural lull in the GRTFL proceedings. Sure, Des the Boring Bachelorette continues her mediocre Monday march toward ForeverLove, but a GRTFLer needs more than that to make it through the week. Well, fear not, I have exactly what you need. It’s called Small Town Security.

Small Town Security is not unlike the inexplicable beauty of abstract art. If you were looking at a Kandinsky on a museum wall and a stranger came up next to you and asked you what you liked about it, you would probably muster up some bullshit about the contrast of colors, the composition, the lines, blah blah blahbitty blah. Yet, the most honest answer is, “I have no idea why I like it, but when I sit here and stare at it it makes me feel things.”

Small Town Security is about five people sitting around an office. That’s it. They don’t track down criminals, they don’t argue with each other, they don’t throw parties, they don’t do puzzles. They don’t do shit. They sit there. Oh yeah, they aren’t particularly interesting or likable either, but the thing works because the show is a masterpiece of postproduction. The pacing, the music, and the shooting style all blend together to give you a Kandinsky-y experience. Sure, the whole thing is fueled by fabrication and features some of the strangest sexual codependence ever documented, but all of that is overshadowed by the beauty in their mundane Mondays. The chief procuring a sandwich makes for a more captivating two minutes than the lieutenant having a sex change.

Oh yeah, did I mention that there is a transgender lieutenant continuing his transformation into a man every season?

The life of “Lieutenant” Dennis Starr would normally be exploited by the reality TV machine as that of a point-and-look circus freak, but on Small Town Security he’s appreciated and gently presented as a source of inspiration. At the very end of this week’s episode, after Mr. Starr had his breasts removed, he offered his thoughts after the procedure: “I would like to right now take this feeling that I have and, say it was in my breath, and I would just blow it into a bottle and I would close it up and I would have anyone else that has ever felt restricted to take a breath from it so they can feel the same thing I do.”

That was fun and all, but let’s get to the INTIMATE SETTINGS of German mountaintops for this week’s Bachelorette scores.

Kasey (The Bachelorette, Connor), 10 points: It has never quite been explained what “the right reasons” are to be on The Bachelorette, but that’s never stopped people from constantly being accused of not being there for the “right reasons.” The general assumption is that the “right reason” to be on the show is strictly to audition for the role of Desire’s husband. Any other motivation — the discussion of any collateral benefit of being on the television show — is proof that one is not there for “the right reasons.”

This week, Handsome Drew and Hashtag Kasey accused James of not being there for the right reasons. (10 points) Their evidence? They overheard a conversation between the meatheady James and the meatbally Mikey T and recounted it for the other Bachelor Bros:

Handsome Drew: “James started talking about what would happen once they are home back in Chicago and the life that they are going to lead …”

Hashtag Kasey: “Mikey said, ‘James, you told me that you could get fired from your job for being here for so long.’ And so James said if he loses it it’s fine because after being on the show, ‘Everybody is going to know who I am. I already run Chicago but after everybody knows this, we will run the whole town. I can introduce you to tall good-looking women that have a lot of money.’ After that, James says they can take Mikey’s boat out, just the two of them, bring girls on the boat and just have intimate settings out on the water.”

When Kasey delivered the line “bring girls on the boat and just have intimate settings out on the water” he said it the way a prosecutor on a CBS courtroom show would say “… and then put the gun to his head and pulled the trigger.” It was glorious and is easily the GRTFL questionable moment of the week:

Did James REALLY say “intimate settings on the water”? Did he have to finish with “on the water?” Is the pluralizing of “setting” really called for? With two couples on one boat, how intimate can the setting be? If this were a court of law could that statement be stricken from the record on the grounds that no man would ever say “then we are going to bring girls on the boat and make intimate settings”? Are they bringing food on the boat? I hope they brought plenty of food. Where do they find the women for the boat? Another boat? Why do the women who Mikey introduces James to have to be tall? I get the good-looking and rich stuff, but tall? The guy is a plumber, so how exactly does Mikey “run” Chicago? Are fireplaces always involved in intimate settings? Is a jail cell an intimate setting? Why do I care so much?

Bryden (The Bachelorette, House), 30 points: Bryden walked off the show (30 points) because after a good first one-on-one date, he felt that his and Des’s relationship wasn’t progressing as fast as Des’s relationship with some others in the house. I don’t really give a shit about this story line, but I would like to turn the focus on someone who is very much still part of the proceedings and would not be had it not been for another life-changing moment on a German mountaintop. The shirtless, sculpted, hair-producted Zak W. yodeled Des over to him and explained:

“When I was in college, I thought I was going to be a priest. And when I got out of college I had this rumbling inside of me that I had to figure life out. So I bought a one-way ticket to Europe and I like went on this soul-searching mission for a long time. And, like, this was the place, I don’t know which mountain I was on, but I seriously climbed to the top of a mountain and it was, like, the time I knew that I wasn’t supposed to be a priest.”

There is something so brilliantly ignorant about a man trying to woo a woman to marry him by telling her that, just years ago, he was on the brink of celibacy.

Chris (The Bachelorette, Kang), 20 points: Chris has established himself as a front-runner partly because he is constantly making out with Des (20 points), but mainly because he and Des share something else in common. Literacy. You see, Chris is a writer. Not only that, he writes poetry. In coffee shops. And, like, ohmygodthatssocrazy, Des does too. Chris’s poolside poetry went so well last week that he went back to the inkwell this episode. The following is the poem he wrote and recited for Des:

While I stand there waiting watching you
You dress so perfect you look so cute
You reach for red, the chance you’ll take
The choice is right and your mind is made
While I stand there waiting my thoughts run free
Thoughts of past relationships old to me
Girls I used to think were true
All out of mind as I think of you
The plan here now not up to me
Feelings eternal if you choose me

Look, it would be easy to criticize Chris here. In fact, that is 100 percent what I planned to do when I transcribed this roadkill corpse of a poem, but I am going the other way. As a poet, Chris deserves to be commended for his ability to convey his message. Have you ever read Neruda and had NO IDEA what the hell he was talking about? Yes, yes you have. You will not have that problem with Chris. There is no space between the lines in which to read, no symbolism, no subtext. It is all there. He even says, “you look so cute.”

Chris is on some Yeezus game-changing avant-garde poetry shit here. He has completely flipped poetry on its head and stripped it of all pretension. This is the greatest poem ever written.

Brooks and James (The Bachelorette, Lisanti and Connor), 5 points: Brooks and James each shared a little lip lock with Des this week (5 points) and each received a rose. Ben? Not so much. But he did leave us with a great GRTFL Top Five. This week’s GRTFL Top Five are the Top Five Quotes Ben Gave During His Ride in the Rejection Limo, listed from “Well, that was odd” to “Do I hate this guy or love this guy? I can’t even tell anymore.”

5. “You better be careful who makes it to the end or you are not going to have a Bachelor.” (It’s become clear at this point that the real goal of this show is not to find ForeverLove, but rather to be on another show, get a little more famous, and then find ForeverLove.)

4. “Hi, Hollywood.” (Dear Ben, the only role you will get in Hollywood is playing yourself on Bachelor Pad.)

3. “You guys missed out — the single dad from Texas.” (Who does he mean by “you guys”? Des? The production? America? Humanity?)

2. “I want to have fun on my last night in Munich. Where are we getting drunk? Let’s have some fun tonight.” (Translation, “I just got dumped; which one of you 23-year-old PAs is going to get hookers and/or a venereal disease with me tonight?”)

Check back next week for another reality recommendation, more poetry from Chris, and the scoring rules for this year’s The Challenge.

Trailers of the Week: The Counselor, Prince Avalanche, Thanks for Sharing, and More