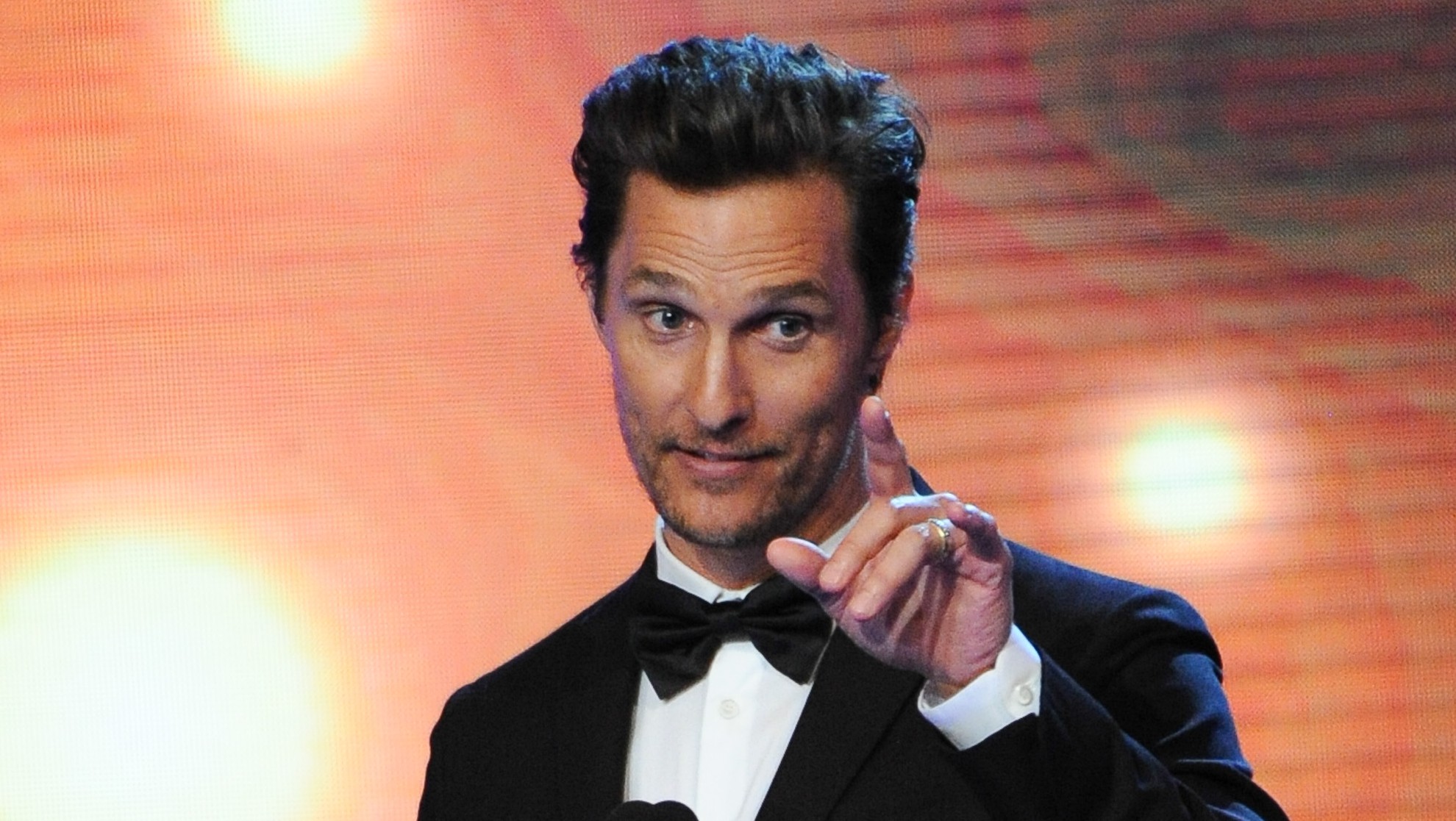 From the moment HBO announced that it would submit its acclaimed cop saga True Detective in the Emmys’ already ultracompetitive drama series categories, we knew a clash of the acting titans was looming. Jon Hamm. Bryan Cranston. Kevin Spacey. Jeff Daniels. (Jeff Daniels? Huh.) Woody Harrelson. And, of course, the 800-pound, Nietzsche-versed, Oscar-statuette-swinging gorilla in the room, Matthew McConaughey. Coming off his Dallas Buyers Club win at the Academy Awards (and a victory at the recent Critics Choice Television Awards), McConaughey’s the prohibitive favorite for the Emmy nomination he received this morning, because even in this Golden Age of Television™, one can never underestimate the awards-attracting power of a Bona Fide Movie Star stepping into our living rooms and hanging out for a few weeks. While Matthew himself would never publicly admit to his front-runner status (entitlement’s not a JK Livin kind of attitude), he has, very quietly and respectfully, already worked out a draft of his eventual Emmys acceptance speech. Grantland has obtained the audio recorder in which it was composed and has dutifully transcribed it here for you. The result is sure to be bulletin-board fodder for his fellow nominees’ publicists, who will respond to this unintentional slight with a renewed vigor for their Emmy campaigns. But remember, reckless flacks: You come at the king, you best not miss. Rust Cohle said that, paraphrasing Schopenhauer while dragging on an American Spirit. Look it up.

Well alright, alright, alright. Gonna give that one to you right up top, I know y’all are waiting for it. Always a crowd pleaser. That’s out of the way now. Good stuff. Moving on.

Wow. This is quite an honor. You know, I didn’t expect this. People say that, but I mean it. You maybe win a couple of these, but you don’t expect it. You cherish it. You’re thankful for it. You don’t expect. But I did buy this tux right here, I’ll admit that. Didn’t borrow, didn’t rent. I’m humbled I get to wear it again. Lucky tux. Lucky tux.

I’ve said it before, and I’ll say it again. I love TV. Television’s an exciting place to be right now. That little box, right inside your house. It’s a miracle. People keep asking, why TV? And I keep answerin’ them. Quality. This is where the great artists are telling their stories now. You look at the movies, you got something like a Dallas Buyers Club once in a while, and it’s a struggle, man. But mostly you got iron men in magic suits, no disrespect to my good friend Bobby Downey Deuces. TV’s the place to be! TV! No ‘Vengers on the television.

I look out into this crowd, and I see my fellow nominees, and I have to say it. My breath is taken away. It’s more than an honor to be mentioned alongside these gentlemen. These fine gentlemen. They are the winners. I’m the guy standing up here, talking and talking, holding the shiny party favor, but these guys are the champions. I see you all out there, fellas. This is for you.

Woody. Woody! Woody Wooderson. You know we’re brothers. There’s a little thing called sibling rivalry. I don’t feel it. You don’t feel it. But it’s out there. People are gonna talk about it. Say it’s one-sided. It’s not. Brotherly love’s not one-sided. Love you, brother. Truly love ya. Could not have done this without you. See you back in the ‘Bu, champion.

Jon Hamm. Jon. Hamm. Seven nominations for this one role, this iconic role. This era-defining role. Some very impressive work. I tip my hat to you, friend. You’re gonna be up here next year, I know you will. Split up that final season, it’s a savvy move. Things are gonna work out for you. I hear on the old Hollywood grapevine you got a big ole d, so I don’t worry about you too much. Keep packin’ that heat, amigo, and keep ridin’ that hog to glory.

Mr. Cranston! Walter. White. How many of these things you already got? Three? Four? Five? I bet you lose count. That’s a crowded mantle, don’t I know it. Nothing but blue sky for you, man in the black hat. You did that split-season thing, too, good work on that, good on you. I think it’s gonna work out for Hamm. I really do. We can’t get greedy about all this love they give us.

Kevin Spacey. The Spaceman. Nobody calls you that, but they should. Your show is crazy. Cray-zay. Woo! Watch out for that train, it’s pulling into the station, the Spaceman’s wearing a conductor’s hat. You’ve got that Oscar. Two! Dos Oscaros. You know. You know. Get you a little of that Emmy gravy. It’s coming, it’s coming. Netflix is there for you.

I guess I’ve been up here talking for a while. I appreciate your patience. And your love. This is a great, great honor. Better than the movie one in some ways. You know, I talk about how you gotta be your own hero, how you gotta chase yourself. Did I catch me yet? No. I’ll never catch me. I’m pretty fast. A quick one. Wily. Because you gotta run like you’re being chased by all those hungry young versions of you, fire in their eyes, rumble in their empty stomachs, they don’t eat nothing but desire and passion. They want this gold right here. They can’t have it. OK, I gotta run.

Cheer Up, Robin Thicke — You're No. 1 on THIS Chart