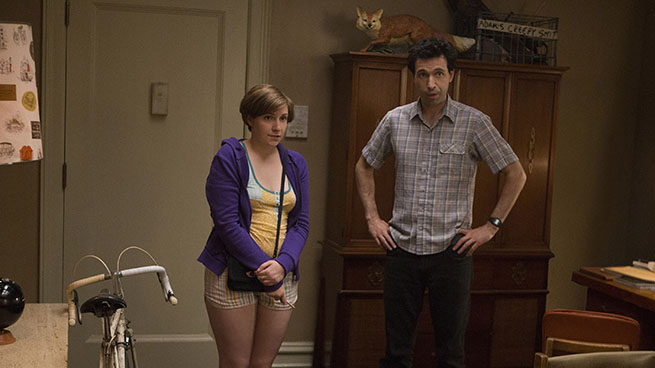 Emily Yoshida: OK, Rem, in this penultimate public heart-to-heart by way of feigned discussion of the television program Girls, I’m ready to get real. I was woken up four minutes before my alarm this morning by a 10-second, 4.7-magnitude earthquake, and for three seconds in the middle of it, when it wasn’t clear if the world would ever stop shaking, physically or metaphorically, two things occurred to me: (1) I had better tweet my acknowledgment of this experience right away, and (2) I very nearly could die without ever knowing what Rembert actually thinks about Girls. So I woke up, tweeted, faved a few tweets, RT’d a tweet, wrote my mom to tell her I loved her, and then began drafting this email.

I’m going to skip over the part where I make sarcastic comments about the ultimately meaningless actions of a group of fictional characters and just ask you, point-blank: What do you actually feel when you watch this show, or this episode in particular? Specifically:

Take me through your typical Girls critical/emotional response.

Rembert Browne: I’m so happy you’re not dead. Seriously. I mean that so much. Because there’s no way I’m doing these recaps by myself.

This week, after three seasons, I finally hit my breaking point with Hannah. I do not like her, and I don’t think I ever will. But at the same time, Hannah’s what keeps me coming back. Because I know that girl. The one who thinks she’s better than everyone else, and is more entitled than everyone else. In the moment, she feels unrealistic, because who would ever pull that kind of move in a meeting, after being employed for only a short period of time? But that’s real. She’s real. You just don’t see that character written that often, because the idea of creating that character is nauseating and exhausting. But here we are.

SO GLAD YOU DIDN’T GET SWALLOWED WHOLE BY THAT EARTHQUAKE, YOSHIDA.

Yoshida: OK, cool, this is helpful. You do not like Hannah, but Hannah is “real.” I totally accept that position. So how does she bring you back to the show? Do you want to see her change and get better, or would that not be real? Do you want to see bad things happen to her? Or is her realness just entertaining enough to watch on its own merit? How do you feel when she gets the things she wants?

I know that is a lot of questions, so while you draft your answer I will talk about Marnie for five seconds. This week, it turns out that Marnie is talented. We’ve been conditioned to think, all the way up to this week, that Marnie is delusional and only marginally talented. She can carry a tune but has zero soul, and, perhaps more important to the narrative, she’s kind of an idiot. Now that she’s successfully wowed the crowd in an abandoned set from the movie version of Rent, how does this change how we feel about her? The show paints a pretty direct line from her singing well in public to becoming more aggressive in her sexual relationship with Ray. (It may be implied that she is merely burning off the tension between her and her doofus hottie songwriting partner, which, sure, is a kind of thing that happens.) Should we be yelling “Yeah, girl!” at the TV, or should we just kind of sigh and hope the next episode jumps forward 10 years so we don’t have to deal with these characters in this stage of life anymore, because it’s clear Girls doesn’t have a fully formed point of view on it whatsoever?

Sorry, that was more than five seconds.

Browne: That was 17 seconds. Please, never lie to me again.

Your series of questions essentially boils down to whether I like watching Hannah crash and burn. Increasingly, yes. But more than that, I LOVE the reactions she gets while the crashing and burning is taking place. 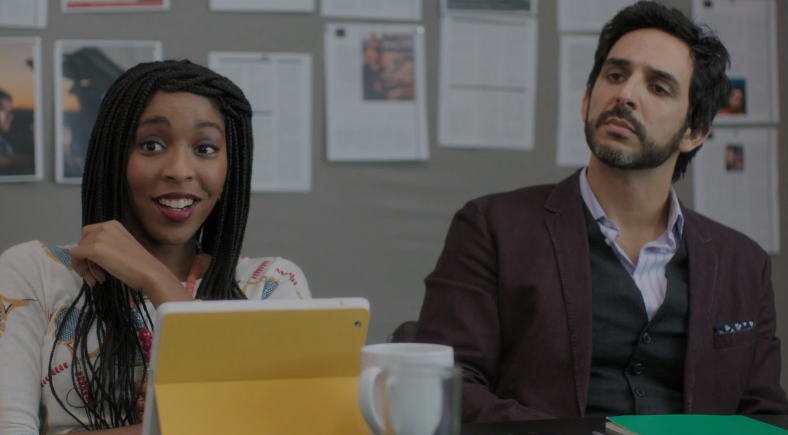 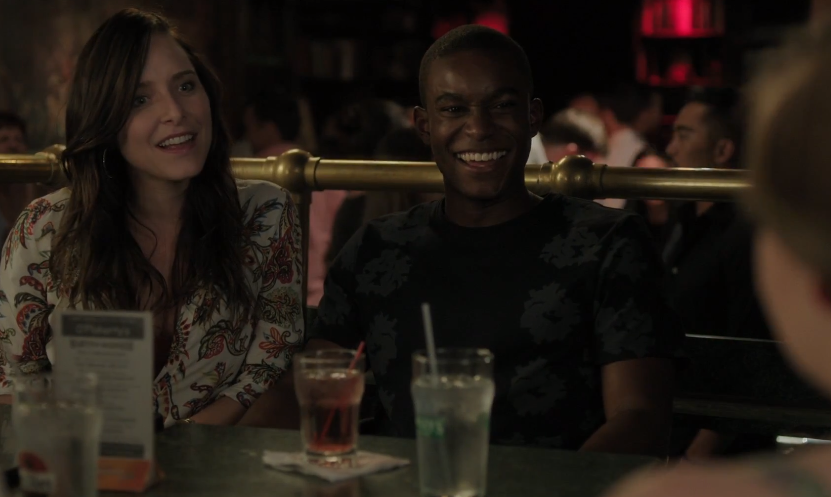 I love these moments. The looks scream “Yo, this white girl is cray.” I love that. I love it so much. Because they’re right. She is.

Seeing an actually talented Marnie is nice, because it makes you want her to figure her life out. Even if her life is defined by breakthroughs and then a slap of reality (the guy has a boyfriend, Jessa walks in and gets a job, she gets walked in on by Hannah).

Yoshida: I’m sorry for all the questions. I’m just extremely high on/cherishing life right now and feeling a need to get to the bottom of all the big issues out there. I’m the Neil DeGrasse Tyson of Girls.

Me, making my descent into Greenpoint

I’m sure I’ve said this before, but I feel like an alien when I watch this show. I can’t read its emotional cues, which I’ve always assumed meant it was poorly written and executed, but I’d like to keep the possibility open that I am just not wired correctly for it.

Like, also, what is this show’s beef with work? In this episode, as in others, it is something that (a) makes your boyfriend act like a jerk, (b) stifles your true creative self, or (c) is something only the most undeserving people will be successful at. That last part might be true; the jury’s out. I liked when Adam was like, “Someday you’ll have a big deal thing that you won’t want to blow and you’ll understand,” which was very patronizing to say out loud, but also, is that even true? Speaking of that, and given your general, “Yo, this white girl is cray” attitude toward Hannah, were you sad this week/last week when Adam tried to move out, or just relieved for him?

Browne: So relieved for Adam. But less about getting away from Hannah and more because I like Adam and Ray. I like their tub/shaving conversation. I like guy friends. I have many, and I love everything about them.

Wrapping up, I’m genuinely sad to see the Patty Lupone arc end. Unless, of course, Lupone realizes she wants a book written about her and employs the now-unemployed Hannah to do it. Wait, that’s definitely going to happen. Is that the finale? That’s definitely how the season ends, isn’t it? I’d bet money on it. Emily, can I bet your money on it?

Speaking of money you need to give me, I’m going to sue you. For defamation. And treason. Because I’m actually the Neil DeGrasse Tyson of Girls.

Me, asking Hannah to work her way to the top.

How dare you. After all we’ve recapped.

We Have to Go Back … to the Panel: Highlights of 'Lost’'s 10th Anniversary at PaleyFest

Is Pope Francis Going to Meet Russell Crowe for the ‘Noah’ Fist-Bump or What?