Game of Thrones Offseason Report: What Have Your Favorite Westerosians Been Up to This Summer? 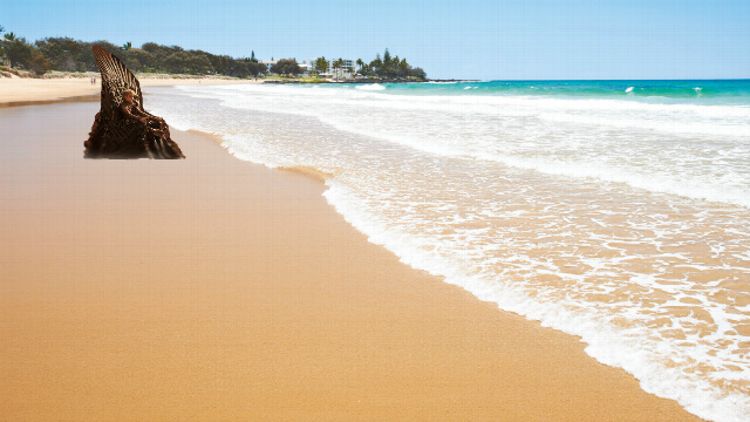 It has been 73 days since the world enjoyed a new episode of Game of Thrones. Hopefully, it won’t be long until you’ve recovered from the shock of the Red Wedding. If you’re still reeling, wondering how [SPOILER ALERT, but come on now, this is for people who watch the show] you’ll go on without Robb Stark, this post is probably not for you. But if you long for the screeching sounds of Tyrion dragging a chair across the floor, we’ve got you covered. There’s a lot of time in between Game of Thrones seasons. So, what are all the Westerosi doing in between massacres and secret meetings? With that question in mind, we dove deep into the annals of the Internet to compile the first official Game of Thrones Offseason Report.

Siblings: can’t poison ’em, can’t castrate ’em, can’t banish ’em beyond the wall. Despite Cersei’s best efforts, she and Tyrion were essentially on equal footing by the end of Season 3. Headey has long been one of Thrones’s secret weapons — cruel and calculating and so, so cold. But not as cold as the chilling hit home-invasion thriller The Purge. Headey was the second-biggest name in one of the most profitable movies of 2013; the movie earned a surprising $84 million worldwide against a reported $3 million budget. Not bad for an incestuous queen mum and Gaunt Hawke! (We are currently ignoring the fact that The Purge is a lousy movie that makes no sense.)

Headey is also shy, and fond of Ron Swanson.

Sidenote: Nearly every interview conducted with every Thrones actress during this offseason addresses the rumor that one unnamed female cast member had become frustrated with her character’s endless string of nude scenes and subsequently sworn off filming any more. Headey is not that actress.

Sorry about that, wrong video, that’s a promo for the Season 3 Blu-ray.

Whoops, sorry, that was a livestream straight from our hellscape. This can’t be life.

Tough summer for the Mother of Dragons. This didn’t turn out well either. Oh, and apparently most fans now assume Clarke was the actress complaining about the volume of nude scenes, which to horndog fanboys makes her seem like a charmless shrew and defiant in the face of George R.R. Martin’s vision. Somebody get Clarke a guest spot on The Simpsons, stat.

While Arya is now an orphan, Maisie Williams is crushing it on social media. Follow her.

At the end of Season 3, Varys was trying to convince Shae, Sansa’s handmaiden and Tyrion’s side piece, to leave King’s Landing. Varys made a compelling argument about her lack of family name and the need to protect Tyrion from distractions, but she refused. Varys did not get his way. The good news for Varys is that Hill is spending his free time as a high-powered lawyer on the USA legal program Suits. Hill plays Edward Darby, one of two managing partners of the firm Pearson Darby. He finally gets to run things, and he has a last name. Hill’s character on Suits is so powerful, in fact, that he’s barely seen. He was introduced last season as an antagonist to Gabriel Macht’s dashing Harvey Specter. See for yourself:

So, Hill is playing Varys as a modern-day lawyer. If foxes existed in King’s Landing, isn’t that the kind of extended metaphor we’d expect from everyone’s favorite eunuch?

Hill’s Edward Darby has been felt more than he’s been seen this season. The show’s action takes place in New York, while Darby manages the firm from (presumably) a perch in London. Nonetheless, Specter and Darby have made a deal that serves as the entire basis of this season’s plot, so while Hill’s screen time on Suits may not exceed his minutes on Game of Thrones, he is a real presence.

There are no coincidences in Westeros, and thus it must be fate that led Fairley to a Suits guest arc of her own. Since Catelyn Stark was brutally murdered by Lord Walder Frey at the Red Wedding, Fairley has taken up playing oil tycoon Ava Hessington on USA. First the aforementioned Specter defended her against bribery charges (he made those go away), and now she’s on trial for murder. (The precise details of her character’s legal troubles are irrelevant, as are all litigious specifics on the show, partially why it’s such a delight to watch. And yes, on Suits the same lawyer can be your litigator and trial lawyer. What a world!) Here’s a taste of Lady Ava Hessington:

Freed from Lady Stark’s long locks, Fairley looks more like her former TV daughter, Arya — it must be her face shape — and she’s acting like her, too. Ava has Arya’s signature feistiness. Maybe Michelle misses her old TV family and is channeling House Stark in her new role.

Last we saw the Imp, he was ashen after his father Tywin assaulted his sperm game — his inability to impregnate new wife Sansa Stark. Season 3 was a relatively quiet time for the kingdom’s Master of Coin. It is not, however, a quiet time for Dinklage, who is seizing this sustained moment of unlikely fame the same way Tyrion clutches Shae behind closed doors. So, um, lustily. In the interim, Dinklage has booked roles in four films, including next summer’s high-profile X-Men: Days of Future Past, where he’ll play the exquisitely named Dr. Bolivar Trask, the developer of the Sentinels, a fleet of mutant-killing machines. Trask is a key figure in the story, and Marvel has made Dinklage’s character the centerpiece of its faux-surreptitious marketing campaign.

Among the other roles Dinklage has—

Kit Harrington and Rose Leslie did the meanest thing that a TV couple can do to an obsessive fan base: They dated in real life. TMZ broke the story last August. But like Keri Russell and Scott Speedman before them, Kit and Rose are no more. Now is probably an opportune time since Jon just exposed his loyalty to the Night’s Watch. We watched him ride away from the Wildlings, but not before Ygritte and her arrows caught up to him and penetrated his thigh. So yeah, love hurts.

Harington and Leslie only confirmed their split last week, but there was evidence earlier this summer. Harington has been gallivanting around North America for months.

First he was cheering for the Maple Leafs.

Then he was hanging out with Rachel McAdams in Toronto — platonically, allegedly:

Finally he made his way west for a shoot in Vancouver. At the beginning of the month, Harrington was bestowed with the Actor of the Year award at the CW’s Young Hollywood Awards. Given that Jon Snow only makes two facial expressions, it’s unclear how he won this award, nor does it seem like his big 2014 movie, Pompeii, will bolster his resumé.

Leslie’s offseason has been far quieter. Maybe it’s the heartbreak. Talking about Jon Snow’s betrayal of Ygritte at Comic-Con last month, she explained that “she was wrapped up in Ygritte’s devastation at Jon leaving her.” There’s no indication of Kit betraying Rose, but imagine how meaningful that quote would be if he did.

The Kingslayer is rocking one paw these days, but NC-W’s got his hands full! (Sorry.) That’s because after time spent carrying Tom Cruise’s space jock in Oblivion and stymieing Jessica Chastain’s bitchin’ lady-band in Mama with his haunted orphan nieces, GoT’s Great Dane is banking major movie roles. Like leading Nick Cassavetes’s 2014 drama, The Other Woman. Here’s a synopsis of that film: “After realizing she is not her boyfriend’s primary lover, a woman teams up with his wife and plots mutual revenge.” Coster-Waldau is the boyfriend wedged between Cameron Diaz and Leslie Mann. Fun. Also present: Kate Upton, Nicki Minaj, and Don Johnson. This won’t turn out well for the erstwhile Jaime.

In his down time, here’s how Coster-Waldau clocks free shit: “People say with a smile, ‘You’re a horrible person.’ There were a couple of times in a bar where people go, ‘Kingslayer!’ But usually they follow it up with beer, so that’s absolutely cool. Call me Kingslayer and buy me a beer? I love it.”

This is why Tywin is always seated behind a desk.

In case you’ve forgotten, Sansa Stark’s direwolf Lady attacked Joffrey Baratheon way back in Season 1. Ned Stark killed Lady on the show to appease Cersei. But in real life, Turner adopted the dog and named it Zunni. That’s the kind of human interest story that Sansa could benefit from. But pet ownership hasn’t dominated all of her time. This summer, Turner filmed a movie called Panda Eyes with Jonathan Rhys Meyers and Claire Forlani (!) as well as a BBC miniseries with Vanessa Redgrave called The Thirteenth Tale.

Sadly for Sophie, she remains no. 2 to her younger sister/friend, Arya/Maisie. A quick breeze through her Twitter profile reveals that she is just a regular teen, humblebragging and pontificating aplenty.

Not entirely sure what this blue tick means but everyone seems to be congratulating me for it so thanks! I am apparently a correct account?!

Sick of people saying that exam results don't mean anything in terms of the job you get and how successful in that job you are…..

.. It means everything to some people.

To Turner’s credit, she seems pretty normal for a 17-year-old. There’s hope for her as a human.

Melisandre is evil. She’s too comfortable with leeches and manipulation. Van Houten does not appear to be a diabolical seductress allegiant to the god of light, but it’s hard to imagine her in a romantic comedy. Luckily, she landed a part in The Fifth Estate, the forthcoming WikiLeaks movie starring Benedict Cumberbatch as Julian Assange. Based on her performance as Melisandre alone, this seems perfect for her. She’ll be playing Icelandic politician and WikiLeaks sympathizer Birgitta Jónsdóttir. The movie comes out in October. Leave your leeches at home.

Oh, Dormer. If there is a performer more prepared to capitalize on Thrones’s meteoric post-Season 3 rise, it’s the duck-faced queen-to-be. Dormer’s got three movies coming this fall, including a role as “The Blonde” (accurate casting) in Ridley Scott’s stylish, anticipated thriller The Counselor starring Michael Fassbender, and another in Ron Howard’s ’70s Formula One racing drama Rush, opposite Chris Hemsworth, as what appears to be a sexy nurse.

Dormer has a future in roles like this — cunning temptress, slinky manipulator — if she wants them. (“I’m a massive yoga head. Lots of yoga and lots of running. I do Bikram yoga. I adore it.”) And there’s wisdom in working with great filmmakers, even in small parts. But there’s more there for Ol’ Ducky. We’ll see if Dormer gets where she belongs before she weds our final Westerosian.

This guy gets it:

Filed Under: Game of Thrones, HBO

Do You Like Prince Movies? Podcast: Lee Daniels' The Butler, Elmore Leonard, and the Kardashians