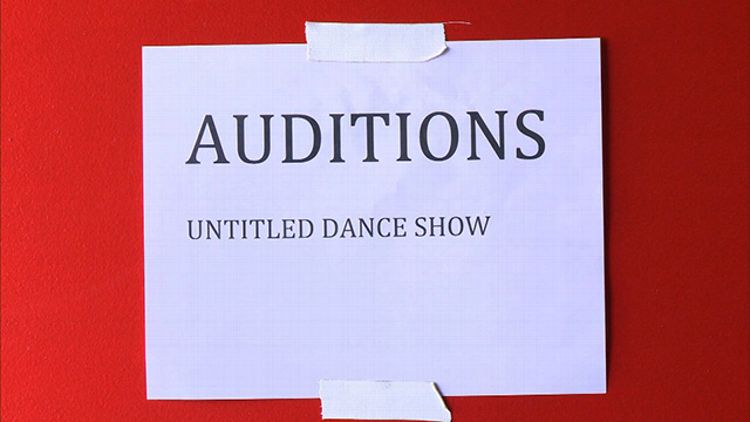 Who Is This Now? Veata.

Why Are We Watching Her? She’s trying to make an old dance teacher understand how hurtful she was when Veata was younger.

How Did She Get Here? Veata was in middle school when Latina, the coach of her dance team, excluded her from activities because Veata was overweight. So Veata’s going to lose a lot of weight and then put together a prank that will force Latina to face her past behavior.

What’s the Grossest Thing We See? The prank involves Latina auditioning for a TV show — described as Glee set in the dance world — in front of the (fake) show’s executive producer, Dancing With the Stars dancer Lacey Schwimmer. Auditioning alongside Latina are two professional dancers who have a lot less trouble than Latina, who is overweight, in learning the routine. When Latina’s turn comes, she talks about the fact that her husband encouraged her to pursue the opportunity, even though she’s in her thirties and not in perfect shape for dancing, so it’s all the more heartbreaking when Lacey makes Latina do the combination with the dancing ringers and then offers the critique that the other two have a “lightness” that Latina lacks.

What Have We Learned? Schwimmer’s acknowledgement that she doesn’t “have a perfect dancer body” didn’t stop her from humiliating another woman who has the same issue. (When Veata confronts Latina and explains the whole thing, Latina does apologize, but that doesn’t make the whole exercise feel worthwhile.)

Too Young to Marry? (Oxygen)

Who Is This Now? June.

Why Are We Watching Her? She’s unhappy about her son Bradley’s engagement to his fiancée, Shanice.

How Did She Get Here? When Bradley was very young, June left him to his grandmother’s care while she joined the armed forces. June never really came back into Bradley’s life after that, and now they aren’t close.

What’s the Grossest Thing We See? If Bradley and Shanice want to get married in their home state of Mississippi, they will each need parental consent, because neither of them is 21. Shanice’s mom, Sharon, eventually agrees, though she’s not crazy about the wedding either, since Shanice and Bradley are still in college. This leaves Bradley to approach June about doing the same, and to that end, he introduces June to Shanice for the first time so that June may understand why Bradley loves her, to which June replies, “You like her lips!” Since Shanice is black, and June and Bradley are white, this is … not OK. Later, June storms into the wedding ceremony while objecting, forcing the couple’s friends to remove her from the premises, and she continues carrying on until Shanice and Bradley find her outside as she continues screaming that the wedding isn’t “validated [sic],” whereupon Shanice flatly informs June that Bradley and Shanice already got married — in Alabama.

What Have We Learned? Get married in Alabama. And don’t invite June.

Who Is This Now? Judy.

Why Are We Watching Her? She’s trying a gimmicky technique to get to know a man in a dating context.

How Did She Get Here? Judy’s husband died a few years ago, and she’s trying to get better at dating so she can meet and form a relationship with someone new.

What’s the Grossest Thing We See? Maybe because they’re talking to each other via voice-altering speaker boxes strategically placed near mannequins, Judy’s practice dude is sufficiently uninhibited to ask her what she was like, sexually, in her last relationship, and Judy is sufficiently uninhibited to answer honestly. When he asks whether she’s ever been with another woman, she answers, proudly and readily, that she has. Then she asks him if he’s ever been with another man; he says he hasn’t, and she says, “Ooh, good! That’s a plus.”

What Have We Learned? Judy is kind of a sexual hypocrite.

Who Is This Now? Angela.

Why Are We Watching Her? She’s getting married, and she’s awful.

How Did She Get Here? I assume she behaves horribly and gets away with it because she’s so beautiful that people are willing to overlook her noxious personality.

What’s the Grossest Thing We See? Angela meets with her photographer to try to get him to agree to bring a crew of 10 shooters to the wedding. Though the photographer tries to warn her that booking 10 shooters for a 16-hour day will be expensive, Angela shrugs that they can afford it. The photographer then asks whether she plans to provide meals to him and his crew (which is standard). She says no — and has the balls to try to act cute as she refuses, as if her refusal to treat the photographers as though they were living creatures with physical needs is just adorable.

What Have We Learned? Don’t work for Angela.

Jake Gyllenhaal Is Great in Prisoners, But Is He a Movie Star?