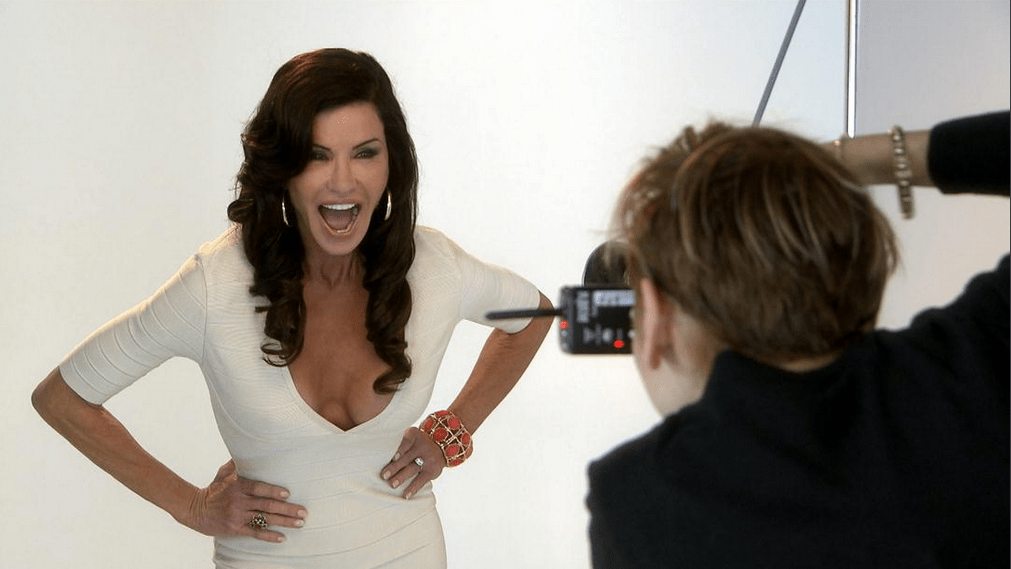 Every week, television documentaries present us with so many unusual people, with so many strange and/or disturbing problems, you might find it hard to keep up with all of them. That’s where I come in! Here’s an unflinching look back at TV’s Week in Freak Shows. This week: a double dose of E!’s new nightmare show, Botched!

Who Is This Now? Janice Dickinson.

Why Are We Watching Her? She’s unhappy with the current state of her breasts and wants Drs. Paul Nassif and Terry Dubrow to fix them for her.

How Did She Get Here? Many years ago, Sylvester Stallone paid for Janice to have her breasts enlarged. She should have had her implants switched out every decade or so after that, but she hasn’t.

What’s the Grossest Thing We See? It feels obvious to say the grossest thing we see is the actual surgery, given that the surgery is kind of the point of the show. That said, seeing how violently the doctors dig around in Janice’s “breast pockets” — what they call the cavities from which they remove the implants — is rough. The second-worst thing is Janice after surgery. Though she goes into this transaction telling the doctors that she’s sober and is wary of taking painkillers even after her operation, it’s a different story afterward, as she whines about the pain and exhibits what Dr. Dubrow describes as “classic drug-seeking behavior.” When she returns to have her dressings removed, she claims not to remember anything that happened during her previous visit. Oh! And there’s also the moment when Dr. Dubrow tries to set up the recently divorced Dr. Nassif with one of Janice’s model friends.

What Have We Learned? If getting breast implants means you have to keep having surgery over and over again until you die, it probably isn’t worth it? 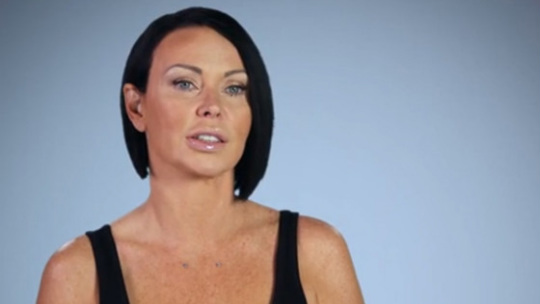 Who Is This Now? Renee.

Why Are We Watching Her? She’s looking into getting her butt fixed.

How Did She Get Here? When she started working on her buttocks in 2010, Renee’s initial approach was silicone. But the silicone spread through her body and caused autoimmune disease, so she had it removed. However, this caused sagging (since tissue had to be removed along with the silicone), and she still wanted a full posterior, so she got butt implants. “Immediately after surgery,” she says, she realized the implants weren’t right, in that she could reach into her butt cheek and flip her implant upside down. So those came out too.

What’s the Grossest Thing We See? Still the grossest thing is watching that old YouTube clip of Renee flipping her butt implant around inside her body. But it’s also rough when Dr. Dubrow shows her what her posterior would look like if she just got a butt lift, and everyone agrees that this look would not meet Renee’s hopes for her butt, in terms of size and fullness, and that they might as well just part ways.

What Have We Learned? There is such a thing as being too obsessed with your butt.

Why Are We Watching Him? He’s sought the help of the Catfish production team to meet Megan, his online girlfriend of a year.

How Did He Get Here? Megan, who was Facebook friends with a friend of Jeff’s, added Jeff by mistake, and they just kept talking. But after he traveled from his current home in Florida to Fort Worth, where she lives, and she blew off meeting him at the last minute, his suspicions about her identity were aroused.

What’s the Grossest Thing We See? We don’t see it, but we hear that Jeff sent Megan a photo of his penis — and not the sneaky kind where it could be anyone’s; his face is in it. Is this a wise move for someone who’s met the recipient zero times? Megan turns out to be Brandy, a girl who faked her online identity mostly out of depression and fear as opposed to malice, as so many of this season’s liars have been, and Brandy doesn’t use the photo against him or anything, but still … it was not a smart thing for Jeff to have done.

What Have We Learned? Your online girl/boyfriend who has a “family emergency” 10 seconds before you are supposed to meet her/him for the very first time PROBABLY has been hiding something from you.

Who Is This Now? Penn Jillette.

Why Are We Watching Him? He’s seeing what life might be like for him if he had married Elyse.

How Did He Get Here? Penn and his friend Judy Gold have traded wives for an unspecified period of time.

What’s the Grossest Thing We See? Since sharing Shabbat dinner is an important tradition for Elyse and her family, she wants to expose her new temporary family to it. However, Penn and his family are committed atheists, so when Elyse starts to give the blessing in Hebrew, she basically gets heckled by Penn’s children, Zolten and Moxie, while Penn sits there — not just failing to correct their disrespect but giggling along with them at how funny the language sounds coming out of Elyse. And yes, you read that right: Penn Jillette named his daughter Moxie CrimeFighter.

What Have We Learned? Penn Jillette has confused “atheism” with “rudeness.”

Hollywood Prospectus Podcast: ‘The Leftovers’ and ‘The Bridge’

#ThuggerForTugger: A Modest Proposal to Put Young Thug in the Rap-Enhanced 'Cats' Musical