Freak Show and Tell: Everything You Need to Know About E!’s Plastic Surgery Nightmare 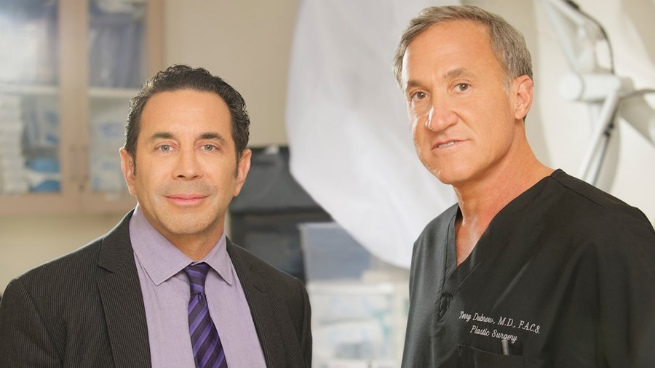 With True Tori over ( … for now), Celebrity Wife Swap on a break due to basketball, and Season 6 of My Strange Addiction yet to be scheduled, the Freak Shows are thin on the ground. But not for long! Here’s a preview of horrors yet to come.

What Are We Talking About? Botched.

That Can’t Really Be About What I Think It Is Based On That Title, Can It? Depends. Do you think it’s about people whose cosmetic surgeries have gone horrendously wrong? If so, then yes, it is.

Now, When You Say “Horrendously Wrong” … I mean HORRENDOUSLY. In the first episode, we meet Alicia, a young mother who got breast implants after nursing her son Gunnar kind of wrecked her breasts. Unfortunately, she went to the kind of plastic surgeon who advertises on billboards, and he did a bad job: The implants moved around underneath her breast tissue and ended up smashed up against each other, leaving her with what the show itself calls a “uniboob” — one big mass of breast with barely any separation between them.

We’re also introduced to Michelle, whose nose was smashed up in a car accident when she was 15, and who since then has had six procedures to correct it, leaving it in such a state that she can’t really breathe out of it now.

The third would-be patient in the episode is Justin Jedlica, the “Human Doll” already featured in an hour-long My Strange Addiction special due to his more than 100 surgeries, though since none of his procedures has been “botched,” per se, his segment proceeds a bit differently than the other two. (No spoilers!)

And THEN What? The patients are all introduced to “World Renowned Plastic Surgeons Dr. Paul Nassif and Dr. Terry Dubrow,” who are challenged to fix what their colleagues have ruined.

Hold Up. Why Do Those Names Sound So Familiar? Dr. Paul Nassif has become known in recent years as the (now ex-) husband of Real Housewives of Beverly Hills “star” Adrienne Maloof; he has also appeared on the E! True Hollywood Storys of Pamela Anderson and Charlie Sheen, and in various TV “documentaries” about plastic surgery. Dr. Terry Dubrow first came to notoriety as the in-house plastic surgeon on The Swan, so I guess being on this show might be seen as an effort to balance the karmic scales.

And How Are They Here? The show doesn’t spell out who’s actually paying for these procedures, but my TOTALLY UNFOUNDED GUESS, which is MERE SPECULATION so PLEASE DON’T SUE ME, is that the doctors are doing it pro bono, or at the very least the show is paying for it; otherwise, I can’t understand why Dubrow and Nassif get so snippy when Alicia and Michelle (respectively) express concern about the results when they’re first recovering from their corrective procedures. I have to imagine that either it’s normal to be nervous about how your parts look when you’ve had one or several terrible experiences with cosmetic surgery already, and/or that producers coached the ladies to crank up the dramz for the cameras, but both surgeons’ attitudes radiate resentment that their patients aren’t being pathetically grateful for their help. I have to think they’re a little more solicitous of the Beverly Hills matrons who make up their usual clientele.

What’s the Grossest Thing We See? The camera gets RIGHT UP in all the surgery. “Even the boob re-job before-and-after shots?” Yes: Apparently all it takes to allow full-frontal naked breasts on basic cable is for the editors to blur out juuuuuuust the areolas. Even if the blurring extends only to the very edges of said areolas so that you can still see absolutely everything, it seems like that’s totally fine with the FCC. Seriously, though, this episode shows you medical instruments digging around in Alicia’s “breast pocket” from pretty close up, so if you were thinking you might watch the episode while eating dinner: don’t.

What Do We Learn? Vanity is one of the seven deadly sins for a reason. Drs. Nassif and Dubrow do have some ethical lines they won’t cross — or, at least, won’t cross on camera. Don’t try to lie to your surgeon about your age, because he will be able to carbon-date you from the body parts you haven’t messed with.

Straight to Video: Which Low-Budget NOTbusters Should You See This Summer?