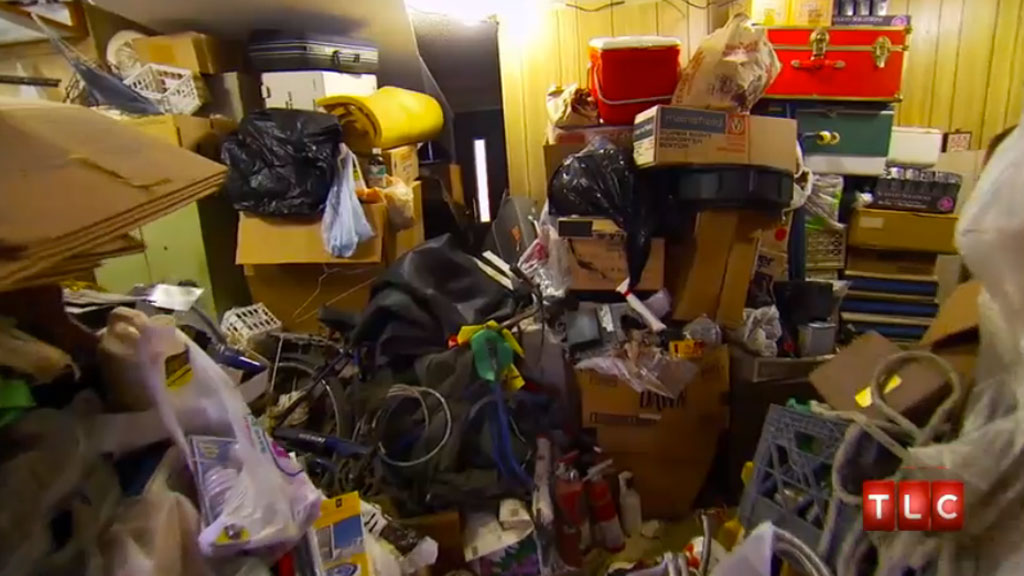 Why Are We Watching Him? He’s being forced, pretty much entirely against his will, to clean out his TWO hoarded mobile homes.

How Did He Get Here? His fiancée, Susan, fell and injured herself pretty seriously in one of Doug’s hoarded trailers, and when EMTs arrived, there wasn’t enough room to get her out quickly on a stretcher. She’s been living with her daughter Suzzanne during her recovery, with the promise that during her absence, Doug would clean up and provide a safe home for her, but he hasn’t.

What’s the Grossest Thing We See? OK, so even though Doug has done nothing at all to accommodate the woman he claims to love (who’s still using a walker because of injuries she sustained as a direct result of his hoarding), and even though he’s uncooperative and even abusive during cleanup, and even though weeks spent working with an organizer still haven’t made either of his homes habitable, his property manager, Dick, shows up just as the episode ends with an offer: If Doug will agree to let Dick bulldoze the trailer that’s currently standing on the nicer of Doug’s two lots — right on the beach, which by the way, what city planner approved building a trailer park right on beachfront property? — Dick will just straight give him a new trailer.

What Have We Learned? I’ve learned that being intractable and rude gets you a free house. Doug’s learned nothing.

Who Is This Now? Joey.

Why Are We Watching Him? He’s getting one of his tattoos covered up.

How Did He Get Here? One of his favorite movie stars is Jim Carrey, so he got a huge tattoo of Ace Ventura on the back of his calf — at a discount, and it shows.

What’s the Grossest Thing We See? Joey comes in without any ideas at all about what art he may want to cover up his bad tattoo, and yet when Megan, the artist, does a sketch of a chimp face, Joey has the balls to turn up his nose at it. Megan explains that because of the black ink in the Jim Carrey face, whatever covers it up can’t be human; it’ll need to be a monster or an animal or a face that’s covered in hair. Then Joey’s buddy Rich, who’s accompanied Joey on this trip, suggests Chewbacca — which seems logical, since Joey has already described himself as a movie lover. But when Joey agrees to Chewbacca, Rich adds, “Maybe now I can finally get you to watch Star Wars.” So (1) Joey is a poseur film buff, and (2) is so indiscriminate that he’ll get a gigantic tattoo of a character from a movie he’s NEVER EVEN SEEN?!

What Have We Learned? Some idiots deserve their bad tattoos.

Who Is This Now? Blanca.

Why Are We Watching Her? She’s going through an exercise in communication with her husband, Julian.

How Did She Get Here? She and Julian are participating in an inpatient couples’ counseling program.

What’s the Grossest Thing We See? After Blanca and Julian win the challenge, their reward is to be served a gourmet dinner by one of the other couples of their choosing, and Blanca decides to make the most of the experience by being as obnoxious, demanding, and loud as she possibly can — I mean, I assume; I suppose it’s possible this is Blanca at a 5.

What Have We Learned? Blanca’s pretty high and mighty for someone who spent the rest of the episode proving she doesn’t know her right from her left.