Fox’s ‘Utopia’ Wants to Create an Ideal Society on Reality TV. What Could Possibly Go Wrong? 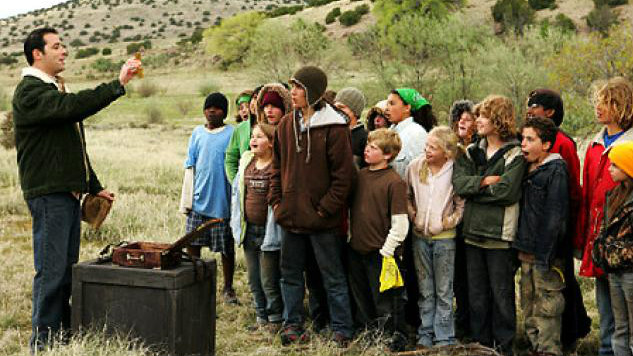 It’s been 15 years since the first season of Big Brother, the Dutch program that helped kick off the reality game show trend in the U.S. along with the American version of Survivor, and things haven’t gotten quite as dystopian as it originally seemed like they might. UNTIL NOW! Fox, the network that pushed the boundaries for acceptability on reality shows by green-lighting things like Temptation Island and The Swan have won the rights to make an American version of Dutch reality show Utopia. Utopia was created by John de Mol, who also started the original Big Brother. It’s a sort of Deadwood twist on the Big Brother format, which isolates participants in a domestic situation. On Utopia, participants have to create their own civilization from scratch. A lot of reality shows could be considered social experiments, but Utopia champions the “social experiment” aspect up front, which means we’re probably not too far away from a televised weekly version of the Milgram Experiment. Utopia sounds a lot like Kid Nation, which had the whole concept of starting society from scratch, but used children until it turned out the show was breaking all kinds of child labor laws.

It’s never fully clear what the intentions of producers are with shows like these. Did Kid Nation really want the kids to found a new world, or were they hoping things would turn into Lord of the Flies? De Mol claims that Utopia is called that for a reason, namely that he is hoping for the best while entertaining the possibility that things will get dark. Quoth de Mol, “If you can start all over again, start from scratch and create laws and make decisions, will you be able to build a society that is better than the one we have; will it be chaos or happiness?” What is an “ideal society” anyway? Wouldn’t that mean totally different things depending on who you’re asking? The Dutch version has been a big success on Holland’s SBS 6 network. So far it’s been nonviolent, with contestants opting to vote on decisions as a quorum. You mean nothing’s gone wrong yet in this carefully conducted situation that producers are probably meddling with for maximum entertainment value ? Sounds pretty BORING! Wake me up when the prime minister of England is fucking a pig on a live feed.