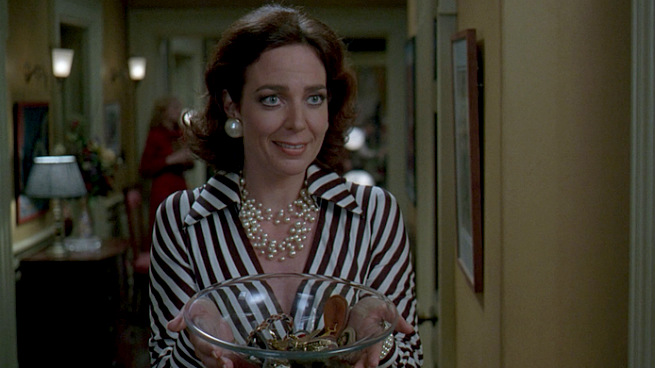 Any lingering fears that Fox might be getting too highbrow with Cosmos and its critically acclaimed sitcoms have safely been assuaged now that the network is in talks to order a reality show pilot called Couples Retreat. In the mold of previous Fox televised social experiment nightmares like Who Wants To Marry A Multi-Millionaire?, The Swan, and Temptation Island, Couples Retreat will employ a classic method of marital counseling known as “swinging.” While Temptation Island tested couples’ resolve not to cheat by surrounding them with sexy singles, Couples Retreat sounds like what would happen if The Bachelor coitused Wife Swap in a fantasy suite (Chris Coelen, a producer on the pilot, previously worked on Wife Swap). The couples of Couples Retreat will “agree to go on a fantasy weekend with the opposite-gender partner of a similarly matched couple.” With this latest high-concept show, Fox edges ever closer to fulfilling the prophecy spoken by the channel’s own Marge Simpson in 1995: “You know, Fox turned into a hard-core sex channel so gradually, I didn’t even notice.”

You know who should really go on Couples Retreat, if it gets picked up? The Russian ice skating pair Nikita Katsalapov and Elena Ilinykh, who just announced they are parting ways professionally shortly after winning the bronze medal for ice dancing at Sochi and winning the team gold with their fellow Russian ice skaters. Ilinykh will start skating with Ruslan Zhiganshin instead, while Katsalapov has said he wants to pair up with Victoria Sinitsina, who just so happens to be the former partner of Zhiganshin. Ice skating fans get very proprietary about the chemistry between their favorite duos, so it’ll be interesting to see how this incident of partner swapping shakes out. What if we just put all four on the ice together? Or better yet, what if we just send them on a tropical vacation in a special Olympic celebrity edition of Couples Retreat? They might all just leave athletics to be reality TV stars. Once you get on that magical helicopter, you can never leave.

Did you miss the 'Silicon Valley' series premiere? HBO has put it on YouTube, where it's safe from another HBO Go meltdown.