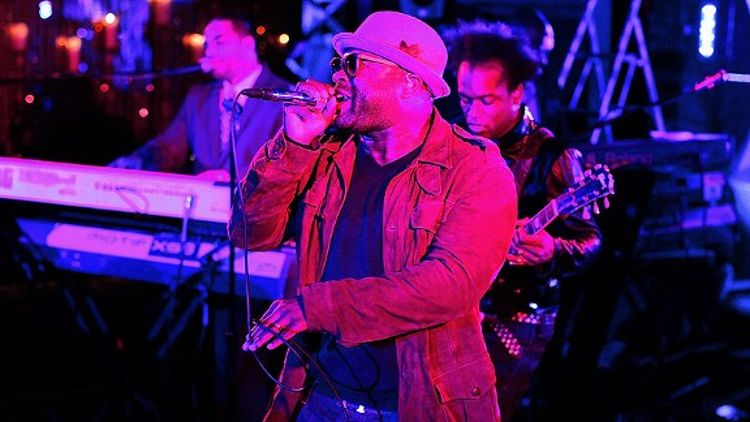 Recently The Roots announced and previewed their next LP, undun. You may glean from the title’s lowercase styling that it’s a concept record. undun is “an existential re-telling of the short life of one Redford Stephens (1974-1999).” Or as Questlove says: “Undun is the story of this kid who becomes criminal, but he wasn’t born criminal. He’s not the nouveau exotic primitive bug-eyed gunrunner like Tupac’s character Bishop in Juice… he’s actually thoughtful and is neither victim nor hero. Just some kid who begins to order his world in a way that makes the most sense to him at a given moment… At the end of the day… isn’t that what we all do?”

Mmm, yes. I do do that. Quest recently told Spin that Prince Paul’s A Prince Among Thieves served as undun‘s inspiration. So in the spirit of helpfulness, and as a fan of Prince Paul, concepts, conceits, and Consuela from Family Guy, here are some things to remember about hip-hop concept albums:

1. Prince Paul invented The Concept.
Prince Paul (with De La) was to first to really make sophisticated ironic humor in hip hop (before that it was all “Pickin’ Boogers” Biz Markie humor… not that there’s anything unfunny about booger-pickin’ with Biz Markie). A friend of mine once argued that in the pantheon of concept albums, De La Soul is Dead is like the Beach Boys’ Pet Sounds. And Paul’s Prince Among Thieves is like Tommy. Your mileage may vary on that analogy, but it means SOMEONE SHOULD LET PAUL MAKE ANOTHER ALBUM.

2. Outkast perfected The Concept.
They started with a loose conceit in Southernplayalisticadillacmuzik, but then raised the bar with every album after that, eventually ending up with the film musical Idlewild, which was lackluster on the screen, but had a solid soundtrack (there are maybe five artists who wouldn’t take “Mighty O” and “Morris Brown” and whatever else and not be better off for it). Unfortunately, the goddamned concept albums tore them apart. Hopefully the Roots’ yin and yang, Black Thought and Questlove, won’t let undun be their undoing.

3. The Concept didn’t help Kid Cudi, Lupe, and so many others.
These guys will tell you, no one cares about your “concept” unless there are great songs escorting the idea to our brain. The best concept for an album is for it to be full of dope material. Booty-shaking first, then we’ll think and pillow talk about it later. But unless the conceit is Rashida Jones, Aubrey Plaza and Amy Poehler eating candy all day erryday, you should keep working on the beats and hooks.

4. Steal New Concepts From Banksy (or Gaga).
In search of fresh new ground to unearth in hip hop, I’m thinking something more along the lines of performance art might be the ticket. But who is willing to go there? The Throne, Wayne, Drake, Eminem etc. all drop traditional albums. Some Banksy-style prankishness would be a nice twist coming from the Roots, and yet also in their wheelhouse. With the Jimmy Fallon house-band gig they have the resources and access to add some unexpected surprises that register both on and off the album.

5. Wait, what do you mean by “Concept” again?
Hold up: Y’all haven’t been using concepts thus far? Even Now That’s What I Call Music! compilations have a thematic conceit. And concept albums are pretty much de rigueur for hip hop, perhaps more than any other genre of music (arguable, but not worth debating). I hear a lot of great things about the Beatles’ Sgt. Pepper album, but that’s pretty much on par with a free Childish Gambino mixtape in 2011. I was actually going to start dropping names here, but realized the list would never end unless I made this a concept post about an artist who wants to make a concept album but then falls into his own post, and … meh, forget it. Already needs more booty-shaking.

Filed Under: Music, The Roots

YouTube Hall of Fame: Jared Leto Gets Fat for Chapter 27