Finally, Barenaked Ladies, Blues Traveler, and Big Head Todd and the Monsters Will Be Seen in the Same Place at the Same Time 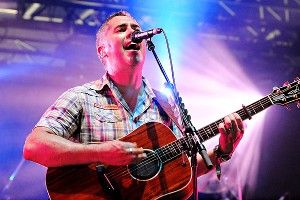 Further proof that nostalgia of any kind is still a force to be reckoned with in the music industry: Nineties dorm-rock heroes Barenaked Ladies, Blues Traveler, and Big Head Todd and the Monsters are crewing up for one epic summer tour. It’s called the Last Summer on Earth tour, and it’ll find the like-minded and resilient trio making their way through such hot spots as the Hard Rock Café in Las Vegas, the Toledo Zoo Amphitheater, and the Wisconsin State Fairgrounds. As Barenaked Ladies front man Ed Robertson puts it, “I love playing outside in the summertime. To travel and hang around with a bunch of bands, and get a chance to do some collaboration, is part of the magic of a summer tour.”

Yep. Just some bands, hanging out on the ol’ road together, in no way trying to cash in on audiences’ long-ago, tucked-away memories of radio singles and prominent soundtrack placements. (While we’re on the subject — you probably recall at least a hit or two each from BNL and Blues Traveler. Maybe “The Old Apartment” for the former, “Run Around” for the latter? When it come to Big Head Todd, though, their biggest achievement, as far as I’m concerned, came when front man Todd Mohr allegedly hooked up with Cara on Real World: Chicago). As for the name of the tour, Roberson says, “I’m a man of science, and therefore put zero stock in all of the disastrous predictions about the year 2012 … But just in case, I think everybody should come out and see one last great summer concert tour! It can’t hurt, right? Here’s hoping the Mayans just got tired of chiseling!” But has Roberson fully considered the possibility that this particular package tour lineup is one of the signs of the apocalypse?