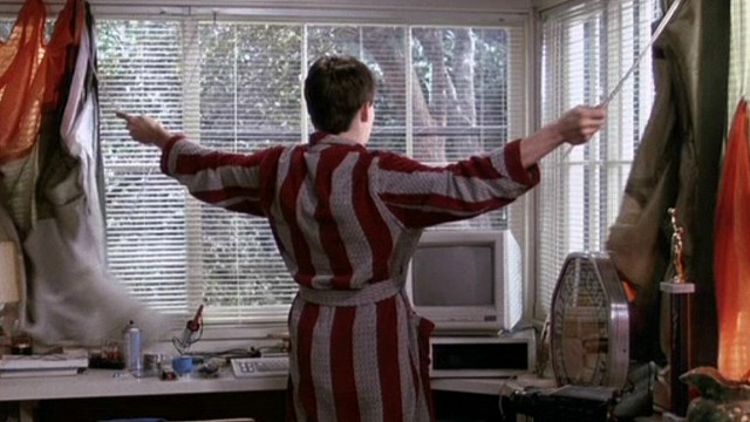 Great news: For the first time in 26 years, Matthew Broderick will be slipping back into Ferris Bueller’s patterned sweater vest. The occasion will be an ad shown during next weekend’s Super Bowl, but for whom the revival will go down is unknown beside that. The announcement was made via a YouTube video, below, that lasts all of 10 seconds; we get Broderick dropping, “How can I handle work on a day like today”; we get the date of the big game; and we get a quick “bow-bow-chh.” The video’s description reads: “We hate to be such a tease, but on a day like today, we just have to. Stick it out until the Super Bowl, or take a ‘day off’ on Monday and catch the big reveal.”

And while it’s great to have Ferris with us once more, of course, you have to at least wonder how willingly Matthew Broderick is going along with this. Either he’s been dying for an excuse to revisit his mid-’80s peak — or, much in the way that bands that totally still hate each other reunite for big festivals, the paycheck was too good to turn down. Scenario two: Matthew Broderick’s agent has been fielding calls for Bueller every year for the past decade, and every year Broderick is all like, “How dare they! Have they seen Election? Have they seen Inspector Gadget? Why doesn’t anyone call and ask me to reprise my beloved character of Walter Kresby from The Stepford Wives remake?!” Then this year Broderick takes the meeting with the Super Bowl ad people and he’s still all like, “I’m in talks for a very interesting independent film! Tower Heist performed very well internationally!” until they silently slide the slip of paper with the astronomical sum on it across the conference room table. Anyway, Ferris is back!

Trailers of the Week: Jeff Who Lives at Home, Darling Companion, and More