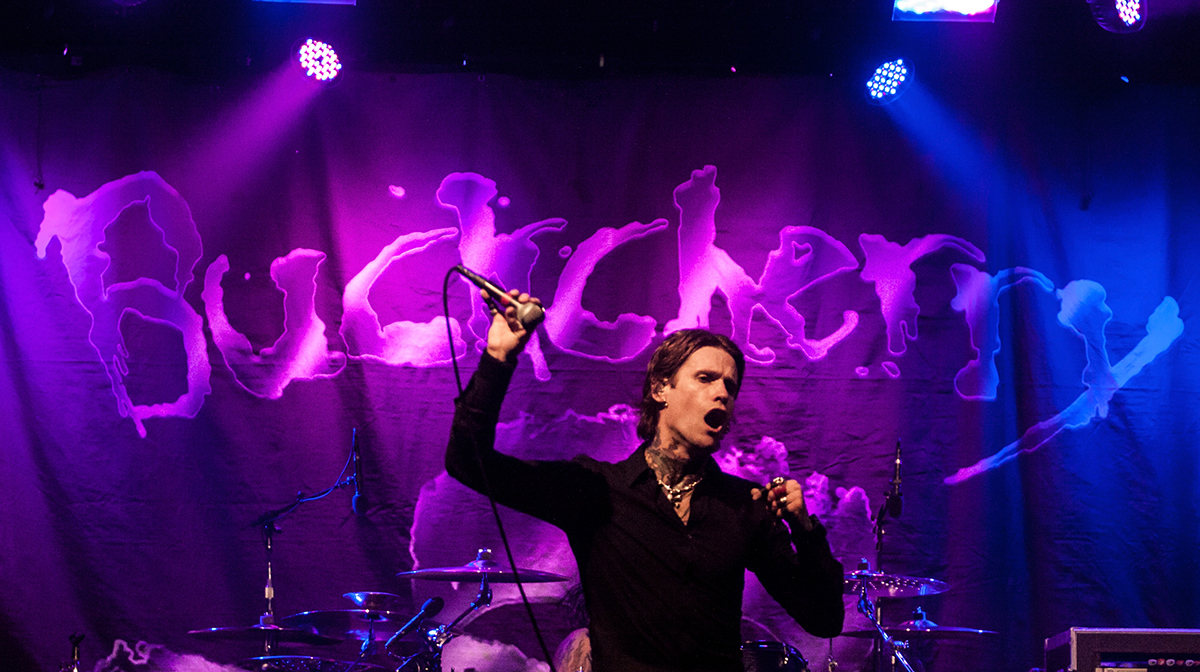 Welcome to Escape From Pop Purgatory, where we check out new music made by people who are better known than 98 percent of the oppressively “cool” artists over whom the media obsesses, yet are commonly perceived to be years past the point of cultural relevance. (Pop Purgatory is fame plus time.) Because we’re unwilling to let albums released by established if unfashionable pop-culture institutions come and go without a proper listen, we’re giving these damned souls a shot at redemption — or at least some much-needed publicity outside their respective fan bubbles. In this installment, we look at the new album by one of the sleaziest L.A. bands ever, Buckcherry.

Period of peak fame: 1999. I do not pretend to be an impartial listener of Buckcherry’s music. I once argued that Buckcherry is way worse than Nickelback, so it’s clear I’m not coming at them from a place of admiration or respect. However, I have always sort of liked their first hit, “Lit Up” (from Buckcherry’s ’99 self-titled debut), because my obsession with Axl Rose sometimes causes me to like the wrong things, like blooze-boogie rock songs about how cocaine turns you into a screaming asshole.

What’s Happened Since: I’ll quote myself: “Subsequently, Buckcherry failed to follow ‘Lit Up’ with another big song, broke up in 2002, somehow reformed in 2005, and then proceeded to have a bunch more hits as rock radio launched into its late-period convulsions. If you want to hate Nickelback for perpetuating a macho, misogynistic, and exceedingly idiotic version of arena rock, just know that Buckcherry’s ‘Crazy Bitch’ is far more repellent in this regard than any Nickelback song. If you want to hate Nickelback’s saccharine side, Buckcherry is grosser in that way, too. Like in ‘Sorry,’ when tattooed spider-monkey lead singer Josh Todd mewls, ‘I love how you kiss,’ and gets analytical about his dead-eyed paramour’s sounds, like Renée Zellweger in Jerry Maguire.”

Where Are They Now? So, Fuck. Really, Buckcherry? Fuck? Fuuuuck.

OK, here we go: Buckcherry released a six-song EP this week called Fuck. Every song has “fuck” in the title. “It’s a Fucking Disaster” is about how life is a fucking disaster. “I Don’t Give a Fuck” is about not giving a fuck. (Sample lyric: “I don’t give a fuck / uh-huh uh-huh, fuck.”) “Somebody Fucked With Me” is about how Todd wants to fuck the system, fuck the lawyers, fuck my (his?) parents, fuck our founding fathers, and (of course) fuck the fucking media. Strangely, there are no songs about fucking on Fuck. Whether it’s applied as a noun, adjective, or verb, “fuck” is always deployed as a weapon of mass destruction, never as a signifier of pleasure. As a long-time appreciator of “fuck,” I am surprised and disappointed that Buckcherry never sees fuck’s bright side. It’s as if Buckcherry had a fight with fuck and is now totally fucking jacked. Instead of lifting weights and watching The Transporter for 20 minutes, Buckcherry blew off steam by making a record.

Being a professional dispenser of music criticism, it is my job to assess Fuck on its own terms. I can’t merely dismiss Fuck for being what it is; I must engage with Fuck as music utilizing the F-word as a primary ingredient. That Buckcherry made Fuck isn’t the issue; it’s how well Buckcherry made Fuck that we must ruminate on.

I could knock Buckcherry once again for being transgressive, proudly sub-mental cheeseballs who witlessly churn out rote hair-metal retreads. But what really disappoints me about Fuck is that it’s not more fun. I love the F-word. I figured this was where Buckcherry and I could meet in the middle. But, alas, no. Fuck no, in fact.

Why all the anger, Buckcherry? Do you not recognize your own wheelhouse? How did you not at least attempt to write a non-ironic version of Tenacious D’s “Fuck Her Gently”? Sigh.

Representative track: If Fuck is ultimately defined by its laziness first, and by its irredeemable lameness second, then we must go with “Say Fuck It,” the band’s “Thunderstruck”-infused cover of Icona Pop’s “I Love It.” Say fuck it, indeed.

Escape From Pop Purgatory: The good news is “yes!” The bad news is “a spot in hell just opened up for you!”