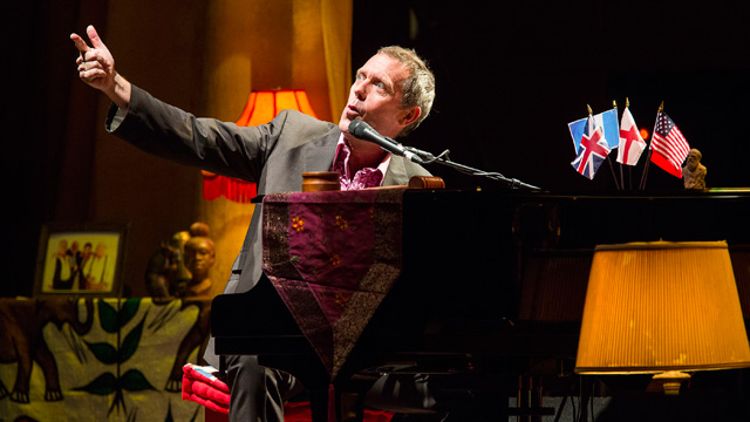 Welcome to Escape From Pop Purgatory, where we check out new music made by people who are more well known than 98 percent of the oppressively “cool” artists over whom the media obsesses, and yet are commonly perceived to be years past the point of their cultural relevance. (Pop Purgatory is fame plus time.) Because we’re unwilling to let albums released by established if unfashionable pop culture institutions come and go without a proper listen, we’re giving these damned souls a shot at redemption — or at least some much-needed publicity outside of their respective fan bubbles. In this installment, we look at the latest musical effort from TV’s most popular misanthropic doctor, Hugh Laurie.

Period of Peak Fame: 2004-12. Unlike every other artist covered so far in this column, Hugh Laurie is still a big star in the pop culture mainstream. As the lead character on House M.D., Laurie was one of the most famous (and well-paid) actors on television. He’s undoubtedly more recognizable to the average person than all but a very small handful of singers and musicians. But did you know that Dr. House is a musician himself? I’m not referring to the time House mastered Eddie Van Halen’s two-handed arpeggio technique. I’m talking about real life, where Laurie albums like 2011’s Let Them Talk and the new Didn’t It Rain (which was released in the U.S. this week) actually exist. You had no idea? Like we said: Hugh Laurie is way more famous than most musicians, including Hugh Laurie.

What’s Happened Since: As a superstar actor turned journeyman musician, Laurie is relegated by default to the scrap heap of Dogstars, 30 Odd Foot Gruntses, and Rick Moranis’s Jewish-themed novelty songs. No matter the merits of its gently rollicking mix of blues, jazz, ragtime, and New Orleans R&B — and there were certainly some merits to Let Them Talk, which featured ringers like Dr. John and Allen Toussaint — Laurie’s music is locked in perception-wise as a classier redux of The Return of Bruno. Is it fair? Not really. Laurie’s albums are modest affairs driven by a readily apparent love of music and a desire to expose an expertly curated collection of classic 20th century standards to a huge audience of prime-time medical drama fans. Is this marginalization unavoidable just the same? Probably. People instantly are suspicious of these kinds of celebrity diversions because they’re inherently low-stakes propositions. Think of it this way: Your office softball team will never play on television. Nobody’s saying your team isn’t great, just that nobody is paying you to participate in your after-work hobbies. Taking the analogy one step further: Didn’t It Rain is the beer-league World Series of albums.

Where Is He Now: While Didn’t It Rain isn’t entirely self-indulgent, it is indulgent: At 14 tracks, it’s one song shorter than Let Them Talk, but still about 15 minutes too long. Laurie is a solid boogie-woogie piano player with a dry tenor that’s limited to the confines of soulful talk-singing. Laurie seems aware of his limitations — about half of the album’s lead vocals are surrendered to guests like Taj Mahal and the knockout Guatemalan singer-songwriter Gaby Moreno, as well as members of Laurie’s band, most notably Pepper MaShay, who applies her rough-hewn, built-for-comfort pipes to several tracks. Meanwhile, Laurie relegates himself to the role of happy-to-be-here sideman, ceding the spotlight to his supporting cast and tinkling away on the keys in the shadows. Which is a generous though curious decision — without the novelty of hearing House reinvent himself as the House of Blues on Bourbon Street, what purpose does the competent but essentially pedestrian Didn’t It Rain serve exactly?

Representative Track: Listening to Didn’t It Rain is like watching an episode of Treme: It’s an experience awash in the rich sounds of the Crescent City, top-flight musicianship, and laudatory intentions — and it’s a serious chore to sit through. “The St. Louis Blues” is one of the more charming tracks, though the fact that it’s sung by MaShay helps alleviate the tedium.