Ed Helms Is the Heir to ‘The Naked Gun’ 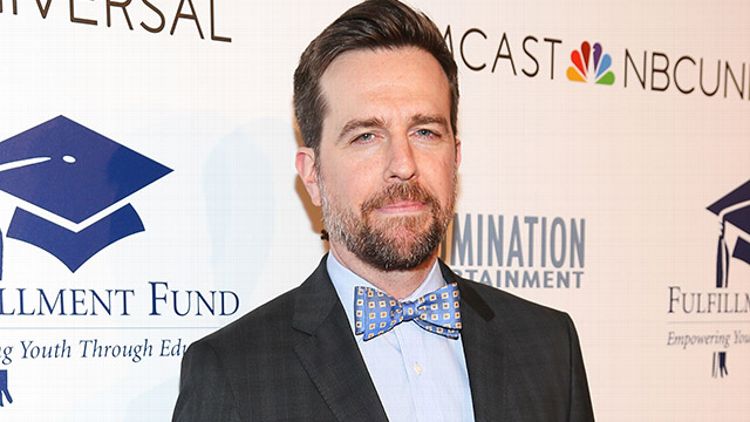 Ed Helms was all set to inherit Chevy Chase’s ‪Wagon Queen Family Truckster‬ before the new Vacation movie got delayed. Now the ‘Nard Dawg is making a lateral move, clipping on the late Leslie Nielsen’s detective badge for Paramount’s reboot of The Naked Gun. Variety noncommittally reports that it’ll be “a new spin” on the franchise, but it sounds like Helms will indeed be the new Lieutenant Frank Drebin rather than, say, a son, as was the case with Vacation. It’ll be interesting to see if Helms reshapes his particular brand of dopiness to fit Nielsen’s precedent, or if the series bends its style toward Helms. Thomas Lennon and Robert Ben Garant, who co-created the cop farce Reno 911! and have a Baywatch movie in development as well as the directorial debut from Arrested Development‘s Mitch Hurwitz, are tackling the script.

Helms was a big piece of the Hangover trilogy and The Office, but this will be his first widely visible chance to shine as a leading man. (2011’s Cedar Rapids, by all accounts great and Helmsy, was an indie that only caught $6 million worth of eyeballs.) To some degree, Get Smart comes to mind — that one starred Helms’s onetime Office boss Steve Carell and grossed $230 million worldwide on an $80 million budget. Based on the sequel-less horizon, that may not have been enough to justify exhuming the property in the first place. And 2008 Carell was a bigger star than 2013 Helms is, and The Naked Gun stands higher on the cultural totem pole than Get Smart. (There also wasn’t nearly the baggage in taking over for Don Adams as there will be for the legendary Nielsen.) So if it turns out Carell couldn’t build a goofy old spy show into a vital modern franchise, who thinks Ed Helms will approach this huge opportunity with pure happiness and no fear?