Don’t Label Me: Justin Bieber and Kanye West vs. the Music Industry 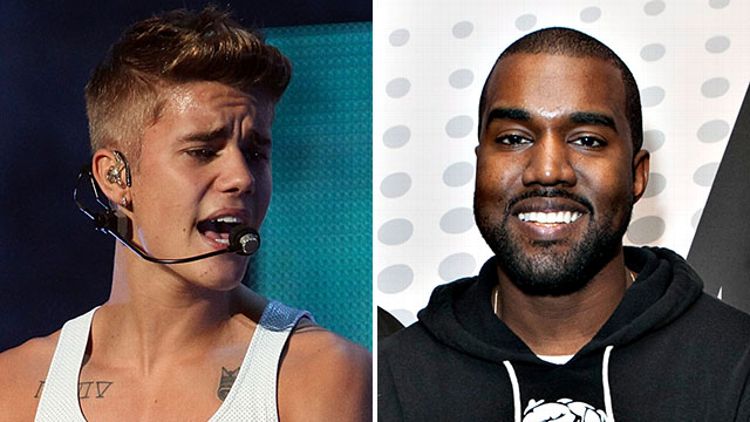 What do Kanye West and Justin Bieber have in common besides lack of filter, fondness for leather jogging pants, and close personal friendships with Jaden Smith? They both hate major labels! But for different reasons. In an interview with Amp Radio, Kanye lauded social media for giving consumers the edge over marketers when it comes to deciding what’s popular. Sayeth 'Ye: “I love the Backstreet Boys’ songs, so if any of them are listening, no knock to them, but there will never be another Backstreet Boys! Not in this day and age. It’s going to be artists like Lorde, singer-songwriters in this day and age that are going to come up. This is Instagram, this is the information highway.”

I guess Kanye hasn’t heard about One Direction. But he has a point! Artists are no longer entirely dependent on the funding of a major label to publicize themselves. They can put up content and attract fans long before they get paid for it, and if they’re extremely lucky, a devoted fan base can spark a bidding war. Of course, that’s a very optimistic and utopian take on the new model: The Internet as testing ground doesn’t always function the way Kanye thinks it should. It has caused some really horrendous one-hit wonders to get signed for multi-album contracts they can’t possibly deliver on, since they’d already peaked on their big song by the time they got signed. And Lorde isn’t exactly the grassroots phenomenon Kanye describes; she has been signed to a major label since the age of 13, and her current label is clearly spending lots of money promoting her. Kanye is bigger than Yeezus now, but most artists need all that promotional push, because consumers need to hear a name repeated ad infinitum on posters, billboards, and pop-ups to realize they’re meant to buy things. Kanye also reminded everyone that “rant” is a pejorative word for his speeches, saying, “‘Rant’ has a negative connotation, and these are inspiration, visionary breaks in pop culture. Every time I talk it is a crack in the matrix.” The Backstreet Boys? The Matrix? Somebody has been thinking about 1999 recently. Me too, 'Ye!

You know who might agree with Kanye? Justin Bieber, who was discovered through YouTube. Bieber has had a fun few months touring the world, buying his dad an $850,000 house, releasing songs from his upcoming fourth studio album every Monday, and getting papped sneaking out of a brothel in Brazil. Bieb ended his show in São Paulo the other night after somebody threw a water bottle onstage. He took his temper tantrum to Twitter yesterday to call out his label by name, tweeting “wish def jam would work harder on my project labels are shady” before quickly deleting it. Plenty of Beliebers screencapped the tweet for posterity and speculated what exactly he meant. Was Justin mad that his “Music Monday” singles haven’t been charting? Whispery first single “Heartbreaker” was fairly well received as an obvious grab for the Justin Timberlake demo, and the next four songs didn’t make a much deeper impression.

Bieber clearly believes the world needs to be forcefully informed he is now a full-fledged 19-year-old man-child who is allowed to sing about sex rather than shared vanilla milkshake dates. He keeps trying to make this point by showing off his humorously jacked chest and getting in brawls with photographers. What he really needs is a hit record, and his latest song, “Bad Day,” doesn’t seem to be it either. He’ll need to alienate his audience of tweens to gain any adults, but luckily most of the first gen of Beliebers have probably already grown out of their JB phase. Maybe Bieber is just angry he’ll never sell as many records as the Backstreet Boys, who existed in a different world where CDs cost $20 and pirating was less widespread. But he’ll have to do better than this. These sub-Drake anthems and subtweets about your label aren’t going to cut it. Justin Bieber needs an anthem, a classic, an “I Want It That Way.”