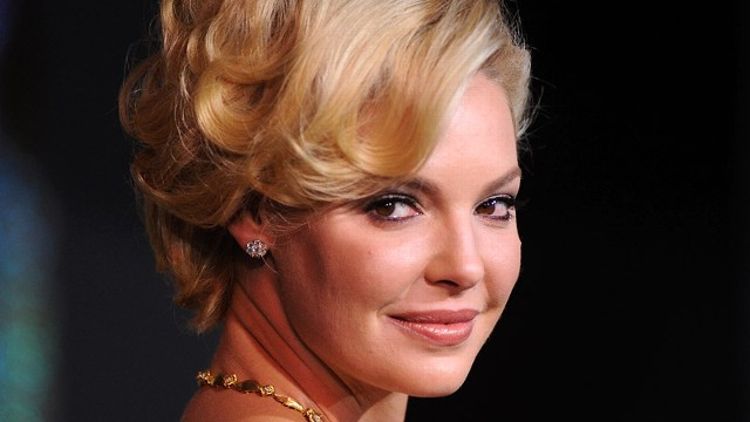 With One For the Money, in theaters today, Katherine Heigl returns in a starring vehicle for the first time in nearly a year-and-a-half. What’s One For the Money about, you ask? I have barely any idea! As always with Katherine, when it comes to entertainment value, the off-screen chatter far trumps the on-screen action. The thing is, Heigl actually hasn’t done anything to piss anyone off for a while. It’s been years now since she pulled any awesome stunts like bashing Knocked Up, the flick that made her a movie star, or passive-aggressively withdrawing her name from Emmy eligibility for Grey’s Anatomy because she “did not feel that I was given the material this season to warrant a … nomination.” Considering the lack of drama, I wondered: how are people feeling about Katherine Heigl these days? To find out, I conducted a highly scientific survey I emailed a bunch of people I know at random and asked them to share their feelings. I’ll just say this one thing: in my days in the pop culture blog trenches, I’ve sent a lot of mass emails asking for people’s opinion on stuff. And never have I seen a response as immediate, as impassioned, and as inspired as I did when I asked about Ms. Heigl. Producers of One For the Money: Feel free to use that on the poster.

“She’s so bland, generic. She evokes nothing”
—Elizabeth, author of Overdressed: The Shockingly High Cost of Cheap Fashion

“I hate her, but I feel like once she decided that she didn’t care if everyone hated her, I started to
like her more.”
—Francesca, Record Label Executive

“Other than Knocked Up, the only Katherine Heigl movie I have ever paid money to see was Under Siege 2. As far as I know/am concerned, those are her two best films.”
—David, Music Magazine Editor

“Personally, I find her irritating mostly because she only makes terrible movies, but she still gets goodwill for being great in Knocked Up. Also, she is a smokin’-hot fox-babe.”
—Ben, Magazine Editor

“I actually, believe it or not, HAVE AN OPINION ON THIS: Unbeknownst to her, Katherine Heigl and I have kind of a reverse-Soylent-Green-Charlton-Heston relationship going. Most of the sentient beings I talk to would like her to pick up her life and move to the bottom of a well, but not me. I want her to shine like the crazy diamond she is. I happen to totally co-sign her child-adopting, barely able to quit smoking, interview-incinerating personality. And I love that it lurks just beneath the airbrushed, Photoshopped romantic comedy lead persona. Also? Roswell was dope and I still ride for the first few seasons of Grey’s. She’s made of people. Deal with it.”
—Chris, Grantland

“The objective facts about Katherine Heigl:

Fact 1: She is America’s worst actress.
Fact 2: She has the viewing public’s worst interests in mind.
Fact 3: She keeps getting starring roles because she sold her soul to the devil and signed a lifetime Sandler deal.
Fact 4: She’s a spy.

This may sound harsh, but I think we should put her in jail. Not like “Actor Jail,” where she can’t get roles and is turned into a pariah in Hollywood. That’s simply not enough. I actually mean finding her, handcuffing her, reading her the Miranda rights, charging her with visual and aural manslaughter, and then sending her to a maximum security prison until her skin wrinkles.

This isn’t a joke. I’ve never been more serious in my life.”
—Rembert, Grantland

“Mostly I just can’t understand her clearly complicated set of standards. She reads the script and films Knocked Up then publicly takes a poo on its face. She badmouths Grey’s Anatomy as somehow not being a show of high enough caliber, gets released from her ABC contract, and then goes on to star in The Ugly Truth and New Year’s Eve. So, yes, to answer your question: if I could have dinner with three famous people, living or dead, it would be Katherine Heigl, Tupac, and Betty Friedan.”
—Lauren, Men’s Magazine Editor

“Here are only two instances in which I can tolerate watching Katherine Heigl:

Instance one didn’t really leave a choice for me to avoid seeing her onscreen; that movie was unavoidable (and awesome).

Instance two was a fluke. I thought I recognized her the first time I saw her on Grey’s Anatomy. And then it hit me one day- she was in some ’90s Disney movie gold! I haven’t been able to track that movie down since about 6th grade, but I have a feeling I wouldn’t like it nearly as much now that I know who Katherine Heigl is.”
—Katie, Account Manager

“America’s love for Katherine Heigl defies all logic. She’s not particularly good at anything and she keeps getting cast in the same movie ad nauseam. I feel like it’s the universe has Punk’d us. Someone has to stop her. Please refer to my tweets.”
—Kozza, SOBs

“I am kind of confused about Heigl’s kid, and I want to know: Why did she adopt? Is it cause she can’t have kids? Or her singer-husband is infertile? I just assume it’s cause she didn’t want to mess up her bod, which makes me NOT like her, but then again it could just because she is a good person and wanted to give a kid a home. Anyway, confusion. Basically this is just a long-winded way of saying that Gwyneth Paltrow has taken the celebrity-to-hate spot in my heart. That is all.”
—Emma, Women’s Magazine Editor

“I think it’s a hard trick, being the-girl-next-door movie star. You have to be like a normal person, but more so. You have to get rid of all the really boring and ugly bits without people noticing. And then when you do, people are bound to say “What’s so special about her?” … In the kids-these-days, webified, Amos Barshad world of pop criticism, that makes her an endless source of grist for the hype and backlash mill.”
—Ira, Reporter

“I am all about a gal with an opinion, and I thought it was legit when she stood up for her gay bestie in light of the homophobic slur and all, but after a few ADDITIONAL tantrums it was like, “pick your battles, lady.” I mean, it became pretty clear that she just wanted to be angry about SOMETHING, which is pretty much the most annoying character trait a person can have.

It’s also been awhile since she’s made a decent movie. Romcoms are up there with steak and IPAs on list of favorite things, and even I couldn’t sit through that orphan baby movie. The Gerard Butler one was not even coherent. If she puts out ONE good movie any time soon she might have ten crazy points to spend here or there.

My sister had a friend in LA who was her relator or something like that, and apparently she is ACTUALLY crazy (and a little evil).”
—Caroline, Book Publishing

“I don’t mind her and I used to kind of love her. She kind of disappeared to quit smoking and raise babies and whatever else she’s doing, so I think people might hate her less now. I, for one, am glad not to hear about her so much and happy to maintain my current neutrality.”
—Heather, Creative Writing Student

“Not only is she the archetype of the skate-by-on-her-blondeness celebrity, she’s also so blatantly insincere that it shines through in her performances. She ruins Knocked Up for me; I’m left so sad for Rogen’s character because he knocked HER up. In conclusion, I’d rather sleep with her father, the hero, Gerard Depardieu.”
—Ray, Poli Sci Student

“I think she unfairly gets the stink eye from women. Then again, I didn’t watch Grey’s and I don’t think I’ve seen Knocked Up (because of my long-standing and completely rational stance against unintended pregnancy movies), so I don’t know if I’m a good judge for this. But it’s probably not fair to hate Heigl just because she always gets cast as an uptight career girl who just can’t figure out love(!). Also what’s wrong with being an uptight career girl?”
—Sarah, Grantland

“She’s really ugly-pretty”; “She adopted an adorable baby and seems to live a respectable life for a celebrity”; “She would be better off doing something that doesn’t require her to be on TV, in films or otherwise seen by the public in general.”
—Sarah’s friends

“I know her from Greys Anatomy. I’ve never liked any character she’s ever played. I’ve seen like three of her movies. She’s always playing someone shallow. She never plays a different character, or a serious person. In short, I don’t like her and she’s annoying. “
– My 16-year-old cousin

“I think she’s nice. I liked her in that movie where she was pregnant.”
– My mom

We Found It on Watch Instantly: Steel Sharks With Gary Busey