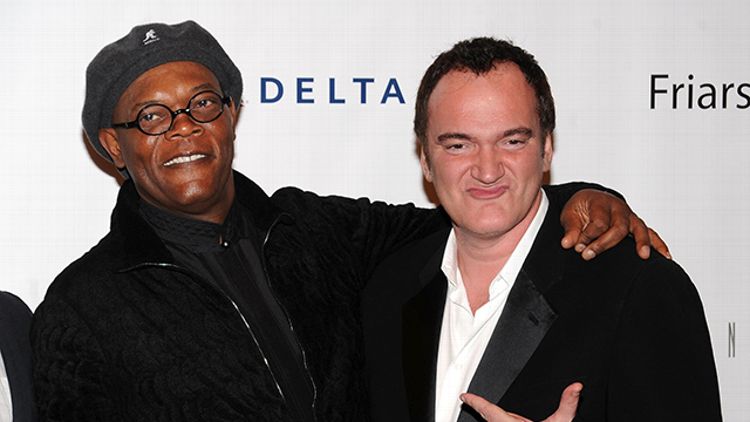 2013 is going to be incredible, if for no other reason than because this will undoubtedly be the year the cultural discourse shifts from simple discussions of “race” or “racism” to the majestic land of “how we talk about and react to race in mixed settings.” While ideas of a “post-racial” society are but a single cute step below thinking the world was going to end on December 21 on the “awwww, that’s cute” scale, what we are in 2013 is post–”race and things typically associated with a single race existing only within that racial silo.” Finally.

As 2012 came to a close, a few things in the media’s racial-discourse sphere took place that hinted the cup was set to runneth over. In December, we had a black sports commentator call a black quarterback essentially “not black enough,” and the result was supporters of all races coming to the defense of the Third Griffin, telling this black commentator that he had no right to define what was black. And then, to top it off, he was reprimanded by his superiors, many of whom are white. Bonkers. In the past, passing judgment on a matter like this, whether against or in favor, could really only come from other esteemed blacks, because who else had the right to comment on what was “black” and what was not? That, as was made evident, is no longer the case.

Another example, one that has existed for years: white writers critiquing hip-hop. In a December 20 album review in Spin, writer Jordan Sargent gave young, misguided, controversial Chicago rapper Chief Keef’s album Finally Rich an above-average review. Upon reading the review, journalist Brian Miller, known in some circles as “B.Dot” of the hip-hop site Rap Radar, took to Twitter to air out his feelings about what he saw as Sargent’s (a white guy’s) take on hip-hop culture (a culture that he very much sees as in line with being black).

While this dispute, which didn’t really make much noise beyond Twitter that day, is nothing compared to the statements made by Parker on national television, I still haven’t been able to shake it, because it’s such a clear sign of the new problems we’ll encounter as we continue to exist in each other’s formerly clearly demarcated worlds. The confrontation of racial issues in an increasingly mixed society. The idea of ownership. Possessive pronouns. And declarations of who gets to dictate the rules, who is allowed to play, and who is stuck watching from the sidelines. Who’s right? Personally, I think the Chief Keef story is easier to digest if you don’t see a part of him when you look in the mirror, but at the same time, I think B.Dot has as much ownership over hip-hop and who gets a seat at the critics’ table as Rob Parker does in dictating who gets a seat at the black table. But that’s not what matters. What’s important is that these conversations, once conducted behind closed doors, are now being pushed to the forefront, and it’s getting harder for anyone to pretend that they don’t exist.

A third example, perhaps the most mainstream, and also from the final month of 2012, centers on the movie Django Unchained. After almost two weeks of hearing and reading things about the film, as well as turning down offers to see it because of the company I’d be keeping and the projected demographics of the theater (I’ve watched Roots in an all-white classroom before; not trying to go back to that dark, lonely place), I stepped into the film last night to witness it. Going into Django, outside of the slave-revenge theme, I knew of four controversial facts about the film.

One, Quentin Tarantino directed a movie about slavery. A white guy tackling the still very sensitive issue of that one time when whites brought Africans over to America and enslaved them for hundreds of years. Obviously, there is a backlash to him doing this, with some thinking perhaps a black director would be more equipped (or at least have more of a “right”). This isn’t new (Steven Spielberg adapting Alice Walker’s The Color Purple wasn’t without criticism), but still, to many, from many races, it seems in bad taste — or, if nothing else, insensitive. And to others, also from a slew of races, it’s fantastic.

Two, and seemingly very much tied to the first fact, is that director Spike Lee is vehemently against Django, not based on what he saw in the film, but on the premise that it was even made. The catch, however, is that he refuses to see it, telling Vibe that he “can’t speak on it ’cause I’m not gonna see it. I’m not seeing it. All I’m going to say is that it’s disrespectful to my ancestors, to see that film,” as well as tweeting:

My third point of controversy going into Django: the loose use of the big boy N-word by all of the white co-stars, especially delivered from the mouths of actors you know well, such as Leonardo DiCaprio and Don Johnson. While this is of course the word that would have been used by the characters they’re portraying, by many accounts it’s still startling to hear it repeated, at such a high clip, knowing that at the end of the day it’s still Leo and Don.

And finally, there’s the controversial act of seeing the film in mixed company in a theater, an act that produces something Gawker writer Cord Jefferson refers to as “the Django Moment.”

My personal Django Moment came when an Australian slaver, played by Tarantino himself, haphazardly threw a bag full of dynamite into a cage of captive blacks before mocking their very real fear that they might be exploded to nothingness. A white man behind me let out a quick trumpet blast of a guffaw, and then fell silent. My face got hot, and my nephew, who was sitting at my right, shifted uncomfortably in his seat. Throughout the film, I’d laughed along with everyone in the theater as a lynch mob of bumbling rednecks planned to slaughter the “fancypants nigger” Django, and when the villainous house slave Stephen, played pitch perfectly by Samuel L. Jackson, limped dumbly around his master’s plantation, kowtowing to every absurd demand with an acerbic and foulmouthed loyalty. But for whatever reason, the dynamite in the slave cage was a bridge too far for me. What the fuck is he laughing at? I thought, and just like that, the theater went from a place of communal revelry to a battleground.

While not the same, because it’s much more complex, this “Django Moment” is an evolutionary advancement to my own personal “Jay-Z Moment,” in which the decision has to be made, going into one of his shows, of how to attack the N-word. While most certainly not just tied to Mr. Carter, the overall sentiment of “I’m not black, but I want to say the N-word at this concert, because the rapper onstage is practically begging me to say it along with him” has long been something to note among his ever growing, ever more mainstream fan base. What’s happening in Django is simply taking that premise to the next, more intense level.

Race conversations, especially those that default to black-white issues, usually come back to the famous N-word, whether it’s Jay/Kanye/”Paris”-related or, more recently, in a new jam: rapper Trinidad James’s “All Gold Everything,” in which he has an ad lib (“n—- n—- n—-“) that to some is kind of incredible (for better or worse, the word just rolls off the tongue effortlessly) and to others is a blatant misuse of a word that will most certainly fall into the ever-excited hands of those who are dying to say the word behind closed doors and, ever increasingly, in public.

As I left the theater after Django, it was interesting to see how diverse the crowd was, and, based on the conversations being had in the lobby, how they were all impacted in some way, whether it was by the violence or the language or the fact that it was simply a really good movie. I left the theaters feeling oddly proud of Tarantino for making such a thought-provoking film, while feeling the exact opposite way about Spike Lee for not giving Django a chance. I was slightly shocked at how numb I became to Leo’s use of the N-word, to the point that I almost started to marvel at the bravado with which he uttered it. As for my “Django Moment,” yes, there was the horrible foreign couple behind me that thought everything was hilarious, but mine came from a more unexpected place: the laughter that filled the room when Samuel L. Jackson and Jamie Foxx would say the N-word — less like we imagine blacks would have in the 1800s, and more like they were two of the four Kings of Comedy.

Truth be told, most of this laughter came from me. Somehow, maybe because I had imagined so many people would be using the film as a “get out of jail free” card to laugh at the N-word, hearing Jamie and Samuel drop the “-er” and say it the way I imagined they said it when the cameras stopped rolling almost became a relief. Or a troubling return to normalcy. And this somehow brought me joy? Yes, yes it did. And just like that, in one sitting, I had gone from laughing only in my head to quietly chuckling to becoming uncomfortable by the guffaws coming from certain pockets of the theater to becoming the loudest one in the theater, all in the name of the N-word. What the hell was going on?

Being uncomfortable. False ownership of terms. False ownership of cultures. Troubled histories. Finger-pointing. Segregation in an integrated world (or is it integration in a segregated world?). All of these things contributed to the myriad emotions I felt in that theater. But these were just my emotions. There were hundreds of people in that theater alone, and hundreds of thousands more have already viewed the movie. Everyone‘s seeing Django. That’s what makes it an important work, beyond the quality, because we’re all having to deal with it, together.

Right before Django‘s release, film critic Jake Hamilton interviewed Samuel L. Jackson, and actually asked him about the controversy surrounding the “N-word.” Firing back, Samuel takes a potentially awkward question and flips it on Hamilton, producing a moment that sheds light on what’s going on in our culture better than I could ever explain (skip to 13:56).

Such is the case with these things: these discussions, these dares, these laughs, these hesitations, these tiffs, these struggles — they aren’t new. They’re just being carried out differently, and more publicly, and with fear of fewer repercussions. And in the world we live in today, where access to various modes of public expression is becoming increasingly accessible, the walls around “talking about race” are rapidly crumbling. Finally. And, just as a heads-up, if this makes you uncomfortable, if the idea of potentially offending someone is your greatest fear, or if you’re content to discuss it like a simpleton, then 2013 might not be your year.

This, my friends, is the new apocalypse. Buckle up.

The 'Rocknroll' Nuptials, Kimye Manicures, YOLO Fights ... and Other Absurdities From This Week's Tabloids