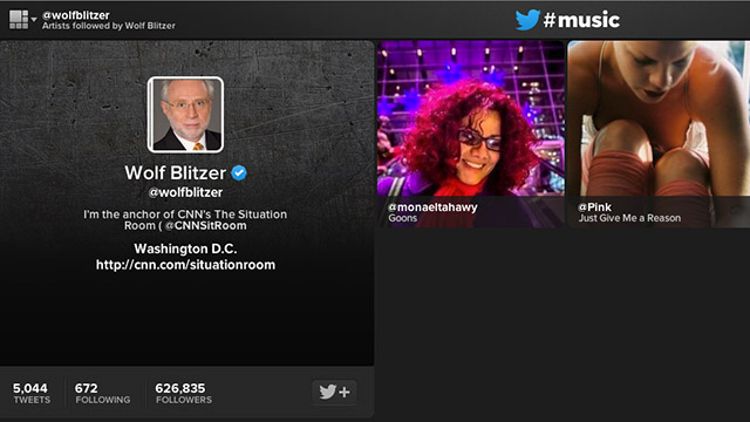 This has been a bad week.

It’s interesting to learn, in times of turmoil, just how capable your brain is of emotional compartmentalization. In the past four days, I’ve learned that I’m pretty horrible at it. Even after writing articles all week, I can honestly say that for the past 80 hours, I haven’t been that invested in what my brain has instructed my fingers to type. Even at this moment, while preparing to segue toward the topic of this article, I’m refreshing Twitter every 30 seconds, watching news coverage on television, and texting friends in Cambridge, checking to see if they’re safe and sound. So yeah, weird week.

Among all the madness and sadness, it’s only healthy to take a break from the news cycle and distract oneself. I’ve found a few temporary distractions this week, with the most effective [cue segue] being a new “music discovery” venture, “Twitter #Music.”

On the surface, this move by the social media giant seems odd, but after a few minutes on the platform, it’s clear the move is genius. Unlike Twitter’s first great 2013 venture, Vine, which is more about creating a completely new social medium, Twitter #Music seems to have one goal in mind: keeping you on Twitter.

Once on Twitter #Music (and linked with your Spotify or Rdio), you are given five options.

The first four options, “Popular,” “Emerging,” “Suggested,” and “#NowPlaying,” are interesting, but not as interesting as the fifth option: “Me.”

These are the musicians that I follow. Big Boi, Kanye West, Melanie Fiona, Allen Stone, and Pusha T. This isn’t a surprise to me, because I’ve known that information for months. I knowingly followed those five musicians on Twitter.

On my “Me” I am given the option to listen to music by these five artists. But I don’t want to. Because, remember, this isn’t about music. This is about Twitter.

After spending a few moments on my “Me” tab, it became clear if I can find out what musicians I follow, I can probably search to see what musicians anyone on Twitter follows.

This is the reason Twitter #Music is great. Stalking. And realizing that the musicians other people follow can be surprisingly weird.

Interesting. Mr. CNN follows 100 accounts, and one of them is the Scissor Sisters. Go figure.

I wonder when Wolf hopped on the Pink bandwagon: “Raise Your Glass,” or “There You Go”?

Well, this just makes no sense.

Of course. Related: These are his six best friends. #MambaMusic

Nothing is weirder than imagining these five humans sitting around a table, talking about Twitter #Music.

What you see above are six of the 24 people that The Papa follows. That’s one-fourth. 25 percent. Just think about that for a while.

If you’re trying to throw a surprise party for Magic, make sure you call Jeffrey Osborne AND Bieber.

This game is great, and can take up hours of your time, but the beauty of Twitter #Music goes even further. Sometimes, as with all new technology initiatives, algorithms occasionally glitch.

Rihanna, Future, Drake … all people that I hear the kids like.

I urge you, person looking for a distraction from a horrible week, to play around with Twitter #Music. Get weird with it, stalk weird celebrities, and if you feel compelled, listen to some music.

[Turns on television, gets sad again.]