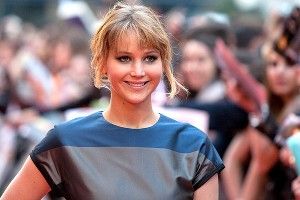 Everybody wants to take shots at the throne. And, with its box office haul rounding to $400 million (it might just get there by the time you finish this sentence!), The Hunger Games is most definitely king. It’s not surprising, then, that rumbles about the franchise’s crumbling have already begun. First was chatter about whether Gary Ross, who directed the first installment, would be back for the first sequel, Catching Fire. Word via THR is that Ross isn’t signed on for Fire, and is looking for a significant raise from the relatively slim $3 million paycheck he collected the first time around. It would appear that the studio, Lionsgate, holds all the cards here: They already have a script for Fire in hand — and from Oscar-winning Slumdog Millionaire writer Simon Beaufoy, no less — and could presumably hand directing duties over to, say, literally anyone, and still coast to a half-a-billion off the massive success of the first movie. But while Ross and the studio quibble over dollars, a direr situation presented itself.

Months before she booked Hunger Games, newly minted international celebrity Jennifer Lawrence attached herself to another franchise by playing Mystique in X-Men: First Class. Which means that X-Men’s studio, Fox, had the right to exercise their option on J. Lawr whenever they saw fit to start shooting their sequel — and therefore could have, theoretically, brought the entire Hunger Games operation to its knees. But, OK, phew, they worked it out: The new X-Men now won’t start shooting until January, meaning Lawrence has no obstacles between her and the planned August-September start date for Catching Fire. It’s not all gravy for Lionsgate. As THR explains, “One source says [Lionsgate] would have liked to ‘hold’ all the actors for seven months in connection with shooting Catching Fire. But that lengthy demand (typical holds are months shorter) is said to have been dropped amid complaints by interested parties, including Fox.” Not to get all panicky or anything, but does this mean that, down the line, we could still run into X-Men–Hunger Games sequel shooting conflicts? And that Fox could still pull up their option on Lawrence whenever they wanted? With all due respect to the highly enjoyable X-Men: First Class, maybe someone could blackmail Fox honcho Rupert Murdoch (via cell-phone-hacking scandal and/or theoretical naked hot tub pics) to set Lawrence free? For now, at least, Hunger Games has its Katniss, and balance is restored in the universe.

On Dirty Books: The Fifty Shades of Grey Phenomenon